In the debate about birth order, twins appear to be an anomaly. Parents and scientists are starting to get answers. 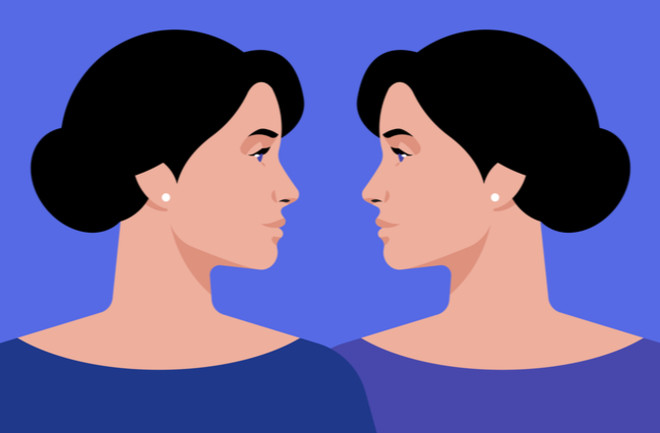 Scientists and parents have believed birth order shapes personality since the late 1800s. Psychological giants like Francis Galton, Alfred Adler and, more recently, Frank Sulloway suggested that firstborn children received special treatment and had greater power than their later-born siblings. As a mom of boys born one minute apart, I've often wondered whether the “firstborn effect” applied to twins.

“The idea that birth order affects personality has profoundly penetrated the parental consciousness,” says Brent Roberts, a psychology professor at the University of Illinois at Urbana-Champaign. Parents across the globe say their oldest takes the lead, the middle child plays the role of mediator and the baby grabs attention at every opportunity.

But a spate of studies in recent years, including one co-authored by Roberts, has debunked the idea that birth order has any impact on personality. In 2015, a landmark study with more than 20,000 individuals from three different countries showed that where a child falls in the lineup makes no difference in terms of the Big 5 personality traits: extraversion, emotional stability, agreeableness, conscientiousness and imagination. Similarly, a 2019 study published in Personality and Individual Differences reported no evidence of a link between birth order and personality.

In an ironic twist, research suggests twins’ personalities may develop, in part, based on who is larger and healthier at birth. As it happens, the firstborn twin usually snags those defining characteristics.

Even before my fraternal boys arrived, Twin A took the lead. Before birth, he’d positioned himself to secure firstborn status. And he stayed there until his debut at 34 weeks, weighing almost a full pound heavier than his brother. Meanwhile, Twin B bobbed about waiting for his sibling to make the first move.

After eight years outside the womb, Twin A is still bigger than his brother and is still running the show. He decides which games they’ll play, which books they’ll read and which shows they’ll watch on TV. Twin B won’t even decide what to eat for breakfast until his big brother chooses. Then he follows suit with the same meal. You can see why this sort of attachment is both endearing and troubling.

It turns out this alpha-beta twin-ship isn’t unique. “Twins unconsciously negotiate their relationship so one person in the pair is the designated leader in certain aspects of their lives,” says Caroline Tancredy, assistant professor of psychology at the University of Illinois. While hard scientific research in this arena is scant, existing evidence suggests gender, size and weight may play large roles in which twin rules the roost.

“Second-born twins tend to be smaller, but they’re also at greater risk of health problems such as respiratory distress, neonatal trauma and infection, partly due to the decreased size of the uterus after the first twin emerges,” explains Nancy Segal, professor of developmental psychology and director of the Twin Studies Center at California State University, Fullerton. “So birth order is really just a proxy for size.”

The caveat: With boy-girl twin pairs, the girls often take the lead, regardless of their size or birth order. That may be why a study of 850 sets of twins in 1962 found that birth order was unrelated to personality traits, including sociability, responsibility and dominance. The researchers did not control for gender. According to a 2020 review co-authored by Segal, prenatal testosterone exposure could explain why girl twins may take on more dominant traits. “Plus, girls tend to mature and develop more quickly than boys,” she says.

Scientists have long viewed twin studies as the gold standard for exploring genetic and environmental influences on self-esteem and personality. But no household offers identical experiences and exposure for a set of twins. “The same family environment doesn’t exist, even among twins raised in the same family,” says Rodica Damian, assistant professor of social psychology at the University of Houston.

Twins, when compared to non-twin siblings, have to share more environmental resources, including their mother’s time and energy, even before birth. Mothers of twins must divide their attention between the pair, sometimes equally, sometimes not. That means the environment each twin grows up in is not identical.

“When mom isn’t available, twins turn to each other for comfort and care, an attachment similar to the infant-caregiver relationship,” Tancredy says. Twins view each other as a safe haven, a secure base from which to explore the world, and they become distressed when one twin goes MIA. Personalities develop in part due to these twin-to-twin interactions. And that’s where birth order may make a difference.

Born only 60 seconds apart, my twins still take on alpha and beta roles. An informal poll among my twin-parent pals reveals a similar trend. But those roles often shift when they’re out in the world on their own. So perhaps birth order theory does apply, but only insofar as how twins compare themselves to their twin siblings. We’re still waiting for those studies.

Editor’s note: This article has been updated to reflect that female twins often, but not always, take the lead and that Segal’s 2020 paper was a review, not a study.