Turning Japanese, or, How to Change Your Self's Ethnicity in Just 1 Week

Tom Stafford, co-author of the excellent book Mind Hacks, recently wrote a piece for the BBC about one of the most fundamental principles in the brain’s arsenal. This principle is so important that it ought to have a super-excitingly electrifying name; alas, it's misleadingly boring. The principle is "adaptation," or otherwise called "tuning out" or "getting used to it." In an effort to help further communicate the sorts of powers adaptation gives us, it struck me to relate a remarkable “adaptation encounter” I recently had. 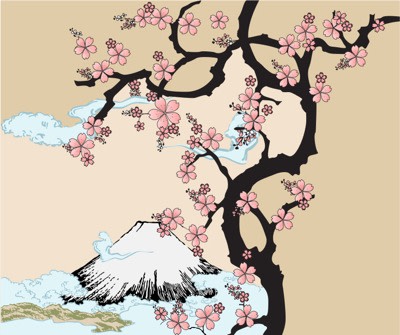 In 2011 I had the pleasure of visiting Japan for the first time. In addition to fascinating neuroscience, priceless culture, wonderful food, and world-class skiing, during my week there I had the mind-blowing experience of…turning Japanese. You don’t think it’s possible for a white person to turn Japanese? Well, you can…perceptually. In fact, although it is I who had turned Japanese during my stay, from my first-person perspective it seemed as if every Japanese person had turned Caucasian! As Twilight Zone-ish as this may sound, this sort of transformation is well-known and commonplace. What made it so intriguing for me was the extent to which I was, by virtue of my research proclivities, consciously aware of what usually flies below radar. The phenomenon is known as (the aforementioned) adaptation, and it applies to, well, every perceptual experience we have. Right now you’ve adapted to the level of illumination in the room, or to the brightness of your computer screen, so it is neither bright nor dark. But if you inch the brightness up or down it will, at first, appear bright or dark, respectively. Adaptation adjusts your sensory system so that it feels like nothing to perceive the adapted-to baseline; that way we’re maximally sensitive to tiny modulations near that baseline. We’re consequently not very good at distinguishing differences far from baseline. Two distinct, really bright illuminations will just seem “really bright” given your current baseline. This happens for everything. The smell of your nose, the taste of your saliva, the temperature of your fingertips, and even the sound of your own accent feel to you like…nothing. And as I discuss in my book, The Vision Revolution, it applies to the color of your own uncolorey-to-you skin, allowing us to ably sense the color modulations due to emotion, mood, or health on the skin of those around us. And it notoriously applies to ethnic facial appearance as well (as shown in Professor Michael Webster’s work). We adapt to whatever face ethnicity is in front of us most often, and just as foreign-to-you accents sound accented but your own does not, other ethnicities look ethnic to you but not your own. As I’ve discussed in The Vision Revolution, although the function of such adaptation mechanisms is for better sensing the faces and expressions around you, ethnic and color adaptation lead to perceptual illusions as side effects that are an unfortunate accelerant for racism: Adaptation makes us less perceptually able to distinguish the identities and expressions on those of other races (by virtue of the handicap at sensing the facial expressions for the far-from-baseline face). “Those people” all look the same; “those people” don’t have the emotional inner life “my people” do. (See also this.) It’s a “side effect” because throughout evolutionary history the other people from nearby tribes we would have encountered were likely to have been from the same race–in fact, they would have likely been close relations. And it’s an “illusion” because “those people” aren’t more similar to one another than the people in your own ethnic group – it’s your perceptual adaptation mechanisms that make it seem so. And so about my trip to Japan. I was there only one mere week, and yet by its end some sort of averaged Japanese face had become my new baseline (or at least my perceptual baseline had shifted significantly toward it). The first-person experience for me was fascinating---exhilarating even. Japanese people no longer looked Japanese at all. They had become baseline. In fact, to my eyes, the best description I can give is that everyone there seemed…Caucasian. As a Caucasian in a Caucasian-majority society, Caucasian has been my perceptual baseline all my life. Although I had never quite noticed, just as my own accent doesn’t sound accented to me, Caucasian faces (especially those I regularly experience) don’t seem ethnic. But now the Japanese face had lost its perceptual feel of ethnicity, and it thereby seemed strangely like Caucasian faces seem in my life at home! Furthermore, when I did occasionally stumble upon an actual Caucasian face, it now seemed strangely ethnic, because of their obvious differences from the norm. These baseline shifts gave the perceptual results for which they’re designed: I could much better distinguish among Japanese faces. But, to my surprise, Japanese faces hadn’t simply become the norm. The faces in my temporary Japanese world now fell into the sorts of higher-resolution categorizations I already automatically carry out among Caucasians: the horsey faced, rugged-cowboy, lawyer-gray, big-necked bruiser, Robert-Deniro-looking, British-looking, and thousands of other tiny perceptual characters I have for Caucasians. Japanese had transformed into the Caucasian role, and filled my massive network of micro-characterizations originally built for the Caucasian faces usually around me. I had, so I think, perceptually become Japanese. Such are the powers of adaptation.