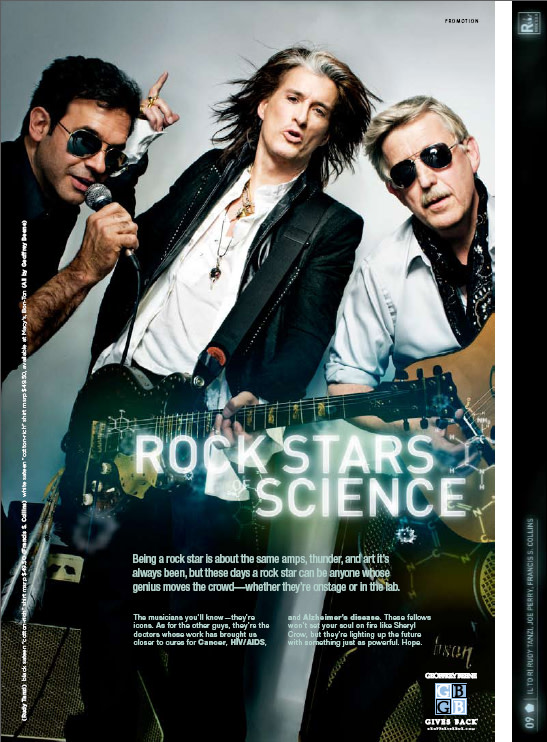 In our vigilant monitoring of the popular media for all things science-related, we've identified an emerging trend: scientists as fashion accessories. In just the last few weeks both GQ and Louis Vuitton have inserted scientists and/or astronauts into glossy fashion shoots. The GQ layout, "The Rock Stars of Science," introduces a public service campaign that matches musicians with leading researchers in different medical fields to highlight the need for additional research funding. The featured scientists include Francis Collins, Harold Varmus and Anthony Fauci, all of whom have been mentioned in DISCOVER recently, so we can't quarrel with the science cast or the cause. My beef is with the rock stars. Joe Perry? Sheryl Crow? Seal? It' s beyond me why GQ couldn't find anyone who had produced a meaningful hit in the last ten years. How about Tunde Adebimpe from TV on the Radio (bonus: album is called "Dear Science")? The Louis Vuitton campaign features astronauts Sally Ride, Buzz Aldrin and Jim Lovell promoting a $1500 handbag called the "Icare" (presumably as in Icarus as opposed to caring about space or handbags). What does the space program have to do with Louis Vuitton? Beats the heck out of me. Just enjoy the video and hope that LV dug deep to pay these guys to participate.