What I Found When I Tried to Train My Aging Brain

Lessons from a boomer on the frontlines. 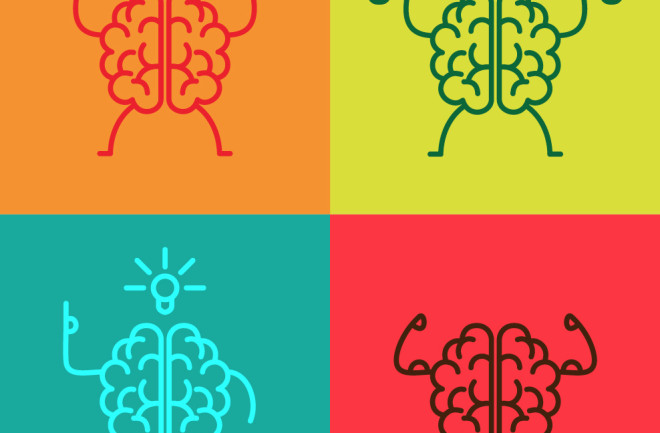 A fight has broken out among scientific researchers over whether or not brain training beats back the effects of aging. As a 58-year-old boomer whose work as a journalist depends on staying one step ahead of Gen-Xers, millennials, preschoolers and other would-be assassins, I’ve followed the debate closely.

So, is there any hope for her and others who, unlike me, are aging?

One group of academics released a statement two years ago saying they see “no compelling scientific evidence” that brain exercises “offer consumers a scientifically grounded avenue to reduce or reverse cognitive decline.” Shortly after, a response came from another group, who insisted the first group ignored the evidence from 132 peer-reviewed studies.

Next came two well-designed, randomized trials. The first, published in 2014, found that a full decade after older Americans participated in various brain-training methods, those who’d been randomly assigned to “speed of processing” training still functioned better in their day-to-day lives than the other participants. The second, published in 2015, found that participants over 60 who practiced brain games and received diet and exercise counseling scored significantly better two years later on cognitive tests compared with those who received routine care. Two points to the believers.

Then, in January, the Federal Trade Commission fined Lumosity $2 million to settle allegations that the online brain game provider’s advertising claims were deceptive and unsupported by scientific research.

Dagnabbit. With the fight clearly not settled, I decided to take my interest in brain training to the next level. I offered myself up as a guinea pig, devoting four months to testing every method shown in randomized trials to improve cognitive functions. And I lived to tell the tale.

First, I practiced a satanically difficult game called the “dual n-back,” shown in scores of studies to have benefits for those willing to practice. The game involves a kind of tic-tac-toe board in which squares randomly light up, while an automated program randomly utters a series of letters. At the 2-back level, the goal is to keep track of which square was lit, and which letter was spoken, two times ago, even as new squares light up and new letters are announced. When you reach 3-back, you have to remember the items from three times ago, as new ones keep coming at you. With 4-back . . . you get the idea. Once you master one level, it sends you to the next.

Here’s a simplified visual of what you’d see if you were playing the n-back game. In this 2-back level, you’d try to recall which number appeared two steps ago while keeping track of the current stimulus. | Alison Mackey/Discover after Highiqpro.com

On my first try, I wanted to throw my laptop. By my fifth session two weeks later, I reached an average n-back level of 2.55, meaning I had pretty well mastered 2-back and was halfway toward reaching 3-back. By my 10th session, my average was 2.80. My best performance came after three months, on my 37th session, when I averaged 3.70, and even reached 5-back twice.

During that same period, I also practiced Lumosity’s games. After my first 20-minute session, my performance put me just over the 50th percentile among the site’s millions of users, with a “Lumosity performance index,” as they call it, of 274. Four months later, my score was 1,135 — more than four times higher. Did this mean I was four times smarter? Ha. But for what it’s worth, my score was now in the 93rd percentile.

Dozens of studies have found that cardiovascular exercise is one of the best ways for older people to improve cognitive abilities. And resistance training, building muscle strength using external resistance, has been shown to not only improve memory and executive function in older adults, but to also maintain connective brain tissue. Knowing that, I laced up and joined a boot-camp exercise class that combined cardio and strength training.

During my introductory session, my trainer made me do a light jog around the quarter-mile track in town. It was supposed to be an easy warm-up, including lunges, jumping jacks and high-knee running in place. But I was sweaty and panting — and that was just the pre-workout. She led me to the old cement stadium steps overlooking the track.

A single run up and down the stairs left me wheezing, but I continued with the side-shuffle and the fast-feet.

So it went for four agonizing months, during which I lost 10 pounds, improved my speeds and never stopped hurting.

But I didn’t quit there. On top of computer games and physical exercise, I tried three other methods supported by peer-reviewed studies: • Fascinated by studies showing musical training enhances IQ in children, I decided to pursue a lifelong dream — learning to play the Renaissance-style lute. After months of practice, I got good enough to amaze myself and annoy friends and family. • I underwent four sessions of transcranial direct-current stimulation at a Harvard laboratory. Hundreds of studies suggest the non-invasive treatment can improve memory, increase attention and creativity, relieve depression and more. I could barely feel the low-dose electricity applied to my forehead. Yet my peak n-back score occurred right after a treatment session. • My one failure was prompted by studies suggesting mindfulness meditation, simply observing thoughts and sensations instead of judging and suppressing them, might improve attention and working memory. I tried — I really tried. But I gave up on finding my inner bliss after a few sessions, thanks to many interruptions from my barking bichon frise and two noisy daughters.

Although one person trying multiple methods simultaneously means nothing scientifically, I did have my IQ tested before and after. The results? A gain of just one point. But I also had psychologists take before-and-after measurements of my fluid intelligence, the ability to solve novel problems and see hidden patterns. The gold-standard test is the Raven’s progressive matrices, in which you have to find a pattern in a sequence of eight symbols to correctly pick the ninth. My score climbed by 16.4 percent — on par with the gain seen in many studies. Not bad. But not huge, either.

In one last-ditch effort, I trained for a month on games available at www.brainhq.com, one of the best-researched training methods, with more than 100 peer-reviewed studies supporting its effectiveness. I improved, but after 12 sessions my ranking among other people my age was barely higher than when I started, stuck around the 86th percentile.

Whatever the test scores, I’ve noticed real-life effects. I work faster, am more efficient and — perhaps the greatest single test of cognitive capacity — I forget where I left my keys less often. My journalism career, at a time when some of my contemporaries have already retired, is still growing. And my emotional self-control has improved, even when the bichon and the girls are going at it.

All in all, my anecdotal results are in line with the findings of most published, peer-reviewed, randomized clinical trials: modest but significant gains. Enough to persuade you to give brain training a shot? Perhaps. If, that is, you’re “aging.” Which I definitely am not.