Too Much Exercise Can Tire Our Brains Out, Too

Working out too intensely for too long can cause our brains to become fatigued. 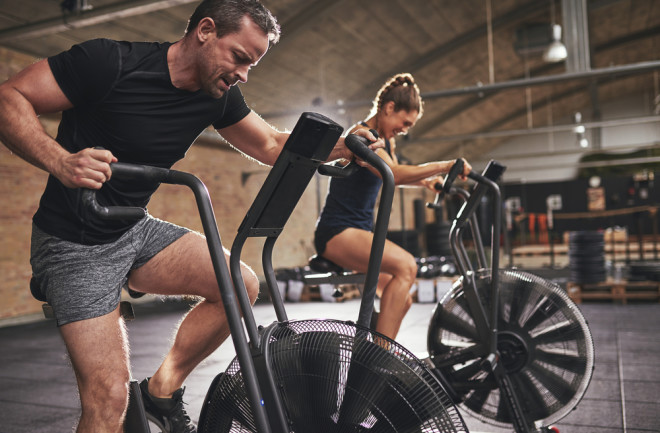 For years, the National Institute of Sports, Exercise and Performance (INSEP) in France had been studying an unusual phenomenon. If an athlete’s workout regiments were ramped up, it didn’t always lead to a better performance — even if that athlete felt like they were working harder than before.

The organization called this phenomenon overreaching, and knew what the physical symptoms were. But the organization wanted to know if any symptoms of fatigue were appearing in the brain, too. New research says yes. Too-intense workouts can make athletes more impulsive, according to a study published today in Current Biology.

Mental effort — particularly decision-making — helps make hard workouts happen, says Bastian Blain, a research associate at the University College of London. Think of running a marathon, and how athletes must fight through pain and apprehension.

To test how else those mental capacities relate to physical activity, Blain and his colleagues recruited 37 male triathlon competitors and split them into two groups. One half kept their normal workout regimen, while the others swam, biked and ran for 40 percent longer than they had before. The participants kept journals documenting how they felt, and the researchers measured changes in athletic ability on rest days by asking the triathletes to bike as hard as they could.

At the end of three weeks, Blain and his coauthors scanned the athletes’ brains in MRI machines while asking the participants questions about money — like whether they’d pick a smaller amount of cash now or wait to get more in a few weeks.

The physical tests returned the same results INSEP found. Athletes working out 40 percent longer actually saw declines in their fitness. They generated less power while biking on test days than they did before the experiment began, while the other triathletes improved their output. The harder-working participants also journaled more about being tired.

Overworking their bodies had negative effects on cognition as well. The overworked athletes were more likely to choose the smaller but more immediate financial rewards over the later, larger options. Brain scans showed a specific region of their brain — the left side of the middle frontal gyrus, or MFG — known for its role in decision-making was less activated.

In fact, Blain and his colleagues had found this same region of the brain was dampened in earlier research into mental workloads and decisions. In one study, they saw that challenging mental exercises were also enough to make participants more impulsive. Finding the exact same region tied to the behavior was surprising — most brain studies don’t return exact reproductions of previous findings. “It is rare to have the regions be exactly the same,” says Blain.

This insight is relevant even for people who don’t work out for a living, he says. Not only does the research indicate it’s best to avoid difficult decisions after particularly strenuous workouts, but “if you’re working out hard and start feeling exhausted, annoyed, or are more impulsive, you could be on the path to overtraining,” he says.

Blain notes that they worked with elite athletes — people who have perfected recovering quickly from hard exercise, and already manage a workout schedule more extreme than most people’s. It’s possible the effects their research found could be even more drastic in non-professional athletes, he says. And while this research suggests making big decisions after a hard workout might be inadvisable, the focus was on the long-term impacts of difficult training. Shorter periods of exertion might have different effects.

The results also make Blain wonder about the efficacy of several-week bootcamps, or programs that emphasize extreme fitness regimens for the sake of better, faster results. Working too hard for too long might not actually be the best way to achieve optimal fitness.

What INSEP will do with this information has yet to be determined. The organization has built other science-backed training regiments, says Blain, like preparing for competitions in hot climates by training in hot rooms. As for the temptation to only give the results to French Olympians for a competitive edge?

“We prefer the phenomenon be known rather than be an advantage our national team,” he laughs, “so that’s far from my interests.”