'To Be Submitted', A Good Scientific Idea

I've just encountered the practice of scientific 'To Be Submitted' circulars. 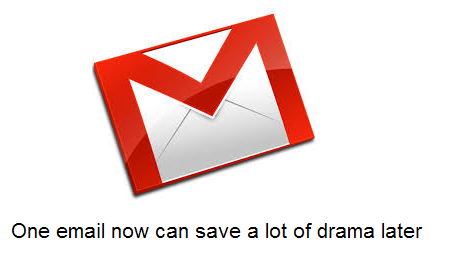 This is a system whereby before submitting a new paper to a journal, the author sends the abstract and the author list to everyone else in the lab. This gives anyone who feels that they ought to be credited as an author a chance to say so before it's too late. People get left off author lists for many reasons. Often it's an innocent case of forgetting or a misunderstanding - but these can so easily create tensions. Sometimes there are deeper disputes over who did the work, but if one of those debates is going to happen, it's better to have it early, rather than once the paper's published. A fait accompli solves nothing. To Be Submitted emails also keep everyone up to date with what everyone else is doing, and it fosters a sense of collective endeavor. All from one email once every few weeks. Like I said, I've only just encountered To Be Submitted, despite working in science for years - which is sad. The system deserves to be used more widely. I'm going to try to introduce it into my current workplace. Modern academia is so fragmented, with labs barely communicating even with others in the same building, that ideas like this tend not to be shared. Do you know of an underappreciated arrangement that helps make science run smoothly? If so, let us know in the comments.