This Is Your Brain on Music

A melody can send currents through a web of neurological connections. 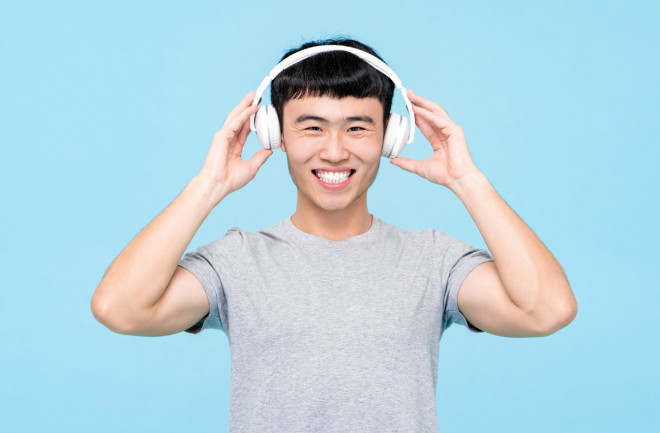 The only prerequisite tool for creating music is the human body — a fact that makes it difficult to trace the phenomenon’s origins. Most scholars agree that music has been with us since prehistoric times; it has served as a chronicle of family history, a declaration of revolutionary ideals, a call-to-arms and an expression of cultural identity. In some contexts, music has the ability to spark mass elation, while in others it can be misused as an insidious method of psychological torture.

The idea that music has a profound influence on our internal life is as old as academia itself. In Plato’s “Republic,” the ancient Greek philosopher wrote that “education in music is most sovereign, because more than anything else rhythm and harmony find their way to the inmost soul and take strongest hold upon it, bringing with them and imparting grace.” Although this idea that music influences our psychology seems intuitive, the neural underpinnings of that process are both complex and opaque.

Read More: Where Did Music Come From? Here Are the Leading Theories

Neuroscientists have identified a multitude of areas in the brain that are involved in listening to, performing and interpreting music. But the research is less clear on how these individual elements are connected. Mark Reybrouck, a professor emeritus of musicology at the University of Leuven, believes that a better understanding of how the brain responds to music will come from the field of “connectomics.” This newer, neuroscientific approach attempts to understand brain networks by analyzing the massive datasets that result from high-resolution brain imaging.

“This is just the beginning. You have a lot of articles finding different things but not yet converging in the same direction,” Reybrouck says. “I think that, in ten years, we will have a very coherent idea of what is going on in your brain when you listen to music.”

Though scientists may still be groping around in the proverbial darkness, a few have uncovered pieces of the puzzle.

In the spring and summer of 2020, people around the world retreated into the relative safety of their homes as the COVID-19 pandemic crept from country to country. And as social isolation inevitably set in, people turned to home entertainment — not just to stave off boredom, but also to feel connected with the outside world.

A 2020 survey of thousands of Americans and Europeans revealed that they often turned to music as a way to cope with the stress of the pandemic. And, although the study was purely correlational, the results suggest that it may have helped. Respondents who spent more hours listening to music during the pandemic tended to have decreased symptoms of depression.

Neurologically, the pleasure of listening to music has its roots in the same system that lights up when you eat chocolate cake or have sex. When you hear a good song, connections abound between the parts of your brain that process sound and the nucleus accumbens, which is part of the “reward center” of the brain.

“You have the vibration of the music imprinting on your senses, body and the brain,” Reybrouck says. “Then your brain triggers the release of pleasure-related hormones.”

While music can provide pleasure and connection to most, for a select few it has a profound impact on how their brain functions. Professional musicians, those who have spent tens of thousands of hours honing their craft, hear music differently than the rest of us. When these skilled listeners hear a tune, their web of neural connections is especially far-reaching.

“They have stronger connections and even more volume of white matter between target areas of the brain,” Reybrouck says. “If you are listening to music at a high level, you are actually changing the structure of your brain.”

At least some of these connections lead to the parts of the brain that process images and sensorimotor activities. When a pianist immerses herself in a composition, she might imagine her fingers gliding over a keyboard along with the melody.

Even without lyrics for context, the tonality and tempo of music can convey basic emotions. And, according to a 2012 paper by a group of Duke-National University of Singapore scientists, these emotional flavors transcend cultural boundaries. The tonal characteristics of sad and happy music across a diversity of traditions (from classical South Indian music to Western music) have a common origin in the speech patterns of someone who is experiencing those emotions.

Likewise, sad music has a distinctly different effect on your brain than happy music. One key to understanding this divide is the “default mode network.” This web of neural connections is most active when your mind looks inward — while you are contemplating your place in the world, reminiscing on a memory or trying to understand another point of view. Conversely, it is least active when your mind is focused on a goal-oriented task such as solving a math equation or kicking a soccer ball.

In a recent paper, scientists found that sad music resulted in greater activity in the default mode network of younger adults. Another experiment within the same study observed more “mind wandering” in a separate group of participants while listening to sad music.

The findings are still somewhat scant, but Reybrouck and his co-authors allow for some mind wandering of their own in a 2018 study. “We might speculate that the involvement of this brain circuit is linked with the importance of music for introspective thought,” they write. “And generally for the formation of self, identity, and cultural belongingness, especially in adolescence.”

Though the neurological impact of music is not yet fully understood, it’s clear that music is a preeminent tool for connecting diverse elements of the human mind. Perhaps more importantly, it reliably does this to all humans, no matter their culture or creed. According to Reybrouck, music is not gratuitous. It is a way to further our understanding of human psychology and communicate on a deeply human level.

“Art is universal, language divides,” he says. “This is the task of art. To make connections between people.”