There Are No Digital Natives 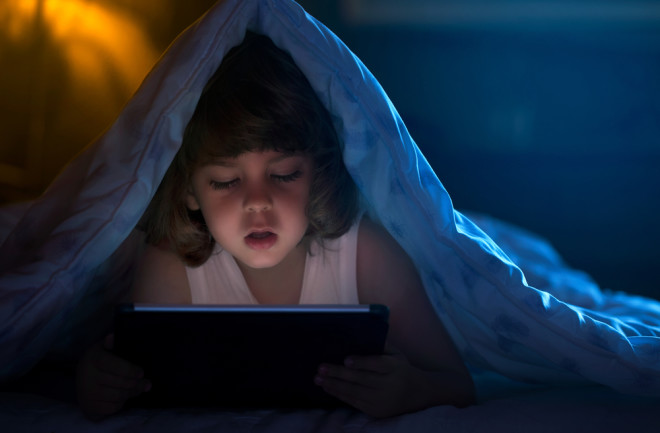 (Credit: rangizzz/Shutterstock) Oh, kids these days. When they want to know something they Google it. When they want to buy something they go to Amazon. When they want to date someone they open Tinder. It's almost like they're from a different country, one where technology has bled into every aspect of life. These so-called "digital natives" are endowed with the ability to seamlessly interact with any device, app or interface, and have migrated many aspects of their lives to the Internet. This is all to the detriment of the "digital immigrants," those born before roughly 1984, and who have been forced to adapt to unfamiliar and fast-changing technologies. This line of thinking dates back to 2001, when educator Marc Prensky coined the term in an essay. Digital natives, he claimed, have a newfound faculty with technology, and can handle multiple streams of information because they are adept multitaskers. What's more, according to Prensky, educators and businesses need to toss out tradition and adapt to appease this new, tech-savvy generation. But "digital natives" don't exist—at least according to new research—and it may be a fool's errand to adapt traditional methods of learning or business to engage a generation steeped in technology.

Tale of the Digital Native

The true existence of digital natives has come under question in the years since, as multiplestudies have shown that Millennials don't necessarily use technology more often and are no better at using basic computer programs and functionalities than older generations. Multitasking has fared little better, as research shows that when asked to do two separate tasks at once, we take the same amount of time and make costly errors. Digital natives do, however, seem to have bought into the myth themselves, with nearly twice as many saying that they are digitally proficient as actually are. "The answer is not how we can adapt it ... we have to treat people as human, cognitive learners and stop considering one specific group to have special powers," says Paul Kirschner, a professor of educational psychology at the Open University in the Netherlands. Kirschner, together with his colleague Pedro de Bruyckere, recently authored a review paper on digital natives and multitasking in the journal Teaching and Teacher Education and argues for a shift in the way we think about our relationship to technology. We seem to assume, based on how easily the digital native myth propagated through society, that humans can meld perfectly with the devices and programs we create. As the majority of research on the matter suggests, however, that isn't the case. This is clear when it comes to our perception of multitasking. Most of us think nothing of composing an email with the television on, or talking on the phone while driving. Although it seems that we are doing both things at once, in reality, our attention is flipping back and forth between them, with sometimes disastrous consequences. A 2006 study, in fact, found that talking on the phone was comparable to driving drunk when it came to performance. Kirschner likens it to computer processors. Our brains have only a single core, he says, allowing us to only devote real attention to one thing at a time. Computers with multiple processors, on the other hand, can actually multitask. "The technology that we have allows us to have our mail open, a word document open, have a messaging service open, and have Facebook open where you get messages in it, and all those sorts of things," Kirschner says. "People tend to not be able to resist having all of them open all at the same time and become overstimulated by it." It's how we're using technology that does us in, and so-called digital natives are no better at it. This has implications for how we educate younger generations, as well as for companies hoping to hire employees with the kind of digital knowledge that's quickly become a commodity. Bringing new forms of technology into the classroom might not necessarily help younger kids learn, and, likewise, your new hire won't have mastered the Adobe Suite just because they're under 25.

Using technology can affect how we go about cognitively challenging tasks, however. Hyperlinks, browser tabs, app icons, scroll wheels — all of it forces us to act in a certain way and this can impact our thinking. Take the practice of page parking, for example. When undertaking a task that involves many discrete items, whether that be clothes shopping or paper writing, many people will click on a number of pages, open them in different tabs and leave them there for later. It's a form of external memory that allows us to save important bits of information for later without having to hold it in our minds. It's the opposite of multitasking, in a way. Instead of using the computer to try and do many things at once, we're using it to hold onto a task for us while we do something different. And, this isn't something that Millennials have an inherent grasp of, it's knowledge that comes as a result of working with — and not in spite of — technology. Kirschner believes that, ultimately, the onus is on us to work more closely with technology. It's worth remembering that there are people on either side of the devices we use, he says, and we need to adapt the way we present things through them. Whether this means not bombarding co-workers with emails or designing computers that don't flash notifications at us every 30 seconds, we've got some distance to travel before we come into harmony with our machines.