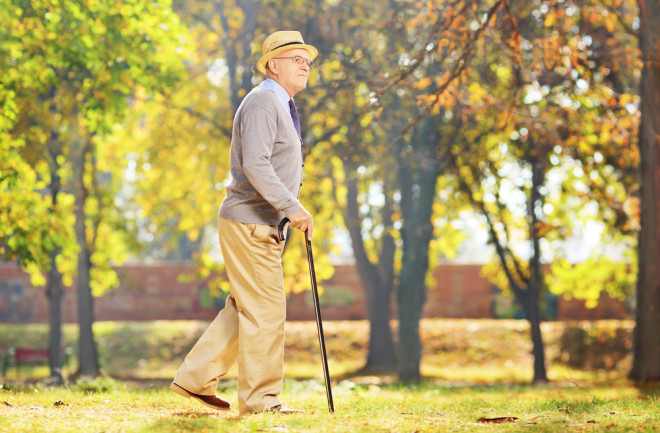 Dementia takes many forms. Hallmark symptoms, like memory loss and disorientation can help doctors detect if a patient has some form of the disease. But to the naked eye, it can be difficult to distinguish between conditions like Alzheimer’s, Parkinson’s and Lewy body dementia (LBD).

That is, unless you look at the way someone walks. New research shows that our gait might give doctors clues to determine the differences between types of dementia. A report published in Alzheimer’s & Dementia last week shows that the changes in gait these neurological diseases cause might be stark enough to help provide a diagnosis.

Current diagnoses require cognition tests and sometimes brain scans to tell conditions within the dementia family apart. But researchers think the link between walking and brain health might open the door to a simpler, more precise way of determining the best care for a patient.

The Nuances of Dementia

The symptoms of Alzheimer’s and LBD are similar, although the two conditions manifest differently in the body. While both cause cognitive decline, LBD manifests as more physical symptoms, like tremors and stiffness, similar Parkinson’s disease.

They are also treated differently, as Alzheimer’s patients are sometimes prescribed antipsychotics. On the other hand, the same drugs can cause severe disorientation or physical shutdown in LBD patients.

So, finding a way to distinguish between the two could help patients receive the best treatments more quickly.

Doctors already know that walking slowly and having frequent falls can be side effects of dementia, as the diseases causes motor skills to deteriorate. But in this new study, researchers hypothesized that the gaits of patients with Alzheimer’s and LBD might differ — which would make diagnosing them both much easier.

What’s Gait Got To Do With It?

A team at University of Newcastle in London analyzed the walking patterns of 110 adults: 29 with normal cognition, 36 with Alzheimer’s and 45 with LBD. They used a floor mat with sensors to track how their gait patterns differed after six 10-meter walks.

Compared with Alzheimer’s patients, subjects with LBD tended to be a bit more wobbly. On average, LBD patients had slower, longer steps and an asymmetry in their gait.

Though the researchers didn’t test Parkinson’s patients yet, they note that further research is needed to solidify the hypothesis. This paper is only a pilot study, they say, and there are avenues to explore.

In addition to researching gait in Parkinson’s patients, the team recommends duplicating the results in a larger sample of dementia patients with varying diagnoses. They also recommend moving off the sensor mat and using MRI imaging to cross-check their results.

For now, we know the differences between diagnoses can have a big effect on dementia patients. But with further research, looking at a person’s gait might one day make it possible to note the nuances of the disease early on.