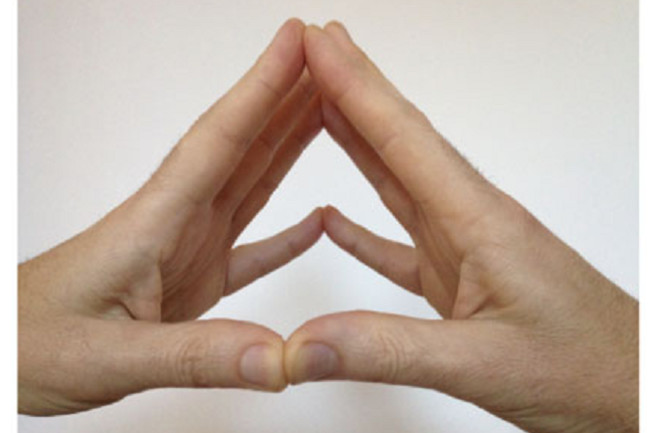 Arrange your fingers like the image above, and then look at them closely.

Do you notice anything odd?

Psychologist Marco Bertamini of the University of Liverpool describes this test in a fun new paper. According to Bertamini, seven of the ten people he surveyed reported that their little fingers clearly appeared to be ‘too far away’, to the extent that they did not appear to be part of their hands.

Bertamini suggests that the illusion is caused by the fact that the little finger is considerably smaller than the others, and our visual system tends to assume that smaller things are further away, similar to another illusion called the Ames window.

Bertamini named his discovery the “Bathtub Illusion”, after the location where he first observed the perceptual distortion. He even includes a pic of himself relaxing in the very tub where this occured.

Personally, I can experience the illusion when I look at the photo shown above, but I wasn’t able to make it work by staring at my own hands. Six of Bertamini’s ten volunteers also reported that the photo was stronger. I suspect this is because we can feel the position of our fingers, as well as seeing them.

This is not the first bathtub-based visual illusion, believe it or not. A (quite powerful) ‘stretching out in the tub’ illusion was revealed by Lydia Maniatis in 2010.