The Squabble Resumes: Does More Wealth Make a Nation Happier? 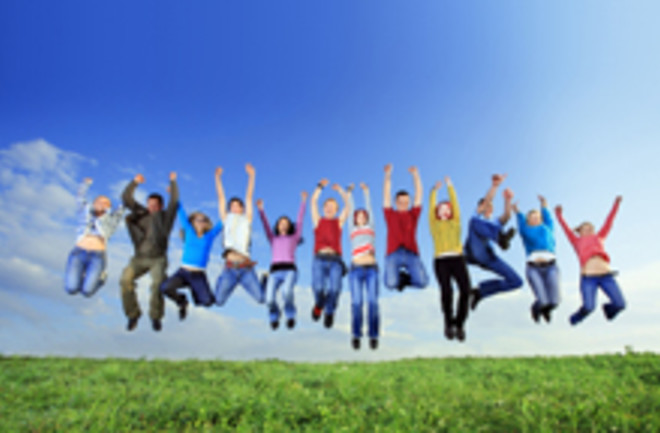 A new study out this week has rekindled an old economics fight: When countries get richer, do they get happier? For Richard Easterlin, the answer has always been "no." He became famous in economics circles beginning in the 1970s for articulating his namesake idea, the "Easterlin paradox." He found that when you compare rich countries to poor countries, the people in the wealthy nations were more satisfied. But when a country's economic position improved over time, the people in that country didn't get happier.

"If you look across countries and compare happiness and GDP [gross domestic product] per capita, you find that the higher the country's income, the more likely it is to be happier," Easterlin said. "So the expectation based on point-in-time data is if income goes up, then happiness will go up. The paradox is, when you look at change over time, that doesn't happen." [LiveScience]

Now Easterlin is back with a new study

in the Proceedings of the National Academy of Sciences, one that extends his argument to even more countries.

The new study, Easterlin said, is the broadest finding about the paradox so far. The researchers gathered between 10 and 34 years of happiness data from 17 Latin American countries, 17 developed countries, 11 Eastern European countries transitioning from socialism to capitalism and nine-less developed countries. They found no relationship between economic growth and happiness in any case. Even in a country like China, the researchers wrote, where per capita income has doubled in 10 years, happiness levels haven't budged. South Korea and Chile have shown similarly astronomical economic growth with no increase in satisfaction. [LiveScience]

Why should this be so? Easterlin's explanation lies with the idea that one's expectations for what the good life entails, or "aspirations" as he puts it, don't rise and fall with the fluctuations of the economy. That is, just because a recession sinks the stock market back to 2004 levels doesn't mean that you'd be satisfied with the stuff and the quality of life you had then now that you've tasted more. Conversely, he argues, an immediate jolt in your pocketbook would inflate your mood, but eventually you'd get used to the new standard of living and come to expect it as your baseline. So, in this hypothetical scenario, your overall affluence rose in the long term but your happiness did not. That all sounds good in theory. But as long as Easterlin has been advocating his paradox, others have insisted that the effect is not real. One economist in opposition is Justin Wolfers

, whose own work finds that opposite: there is a direct connection between economic development and a long-term increase in life satisfaction. You can read Wolfers' full take

at The New York Times' Freakonomics blog, but in essence he says:

Easterlin’s Paradox is a non-finding. His paradox simply describes the failure of some researchers (not us!) to isolate a clear relationship between GDP and life satisfaction. But you should never confuse absence of evidence with evidence of absence. [The New York Times]

While the economists spar over the data, there is another question: Is the data any good? The researchers use the well-regarded World Values Survey

, but the slipperiness of "happiness" is a problem that vexes all who attempt to quantify it and box it up and chart it out on nice little graphs.

Commenting on the new results, Alexander Gorban, a mathematician at the University of Leicester, said it was difficult to quantify happiness because of the problem of comparing material and subjective wellbeing. "Unfortunately, both are very difficult to put in numbers. It is a priori clear that subjective happiness or satisfaction is a very fragile and non-universal concept strongly influenced by cultural and even linguistic intercultural differences. Moreover, the material wellbeing is also not easy to quantify." [The Guardian]

So we're not reliable well-being self-reporters. Furthermore, Gorban notes, the studies rely on gross domestic product (GDP) as their indicator of a country's economic state. But GDP is not necessarily an indicator of an average person's relative affluence, especially in societies (like, say, the United States

) with growing class disparities. Nevertheless, Wolfers studies have found that there is no satiation point

with money and happiness. That is: The more money you already have, the lesser the happiness gain from getting more money. But there is no point, he says, where more money brings zero gains in happiness. Related Content: 80beats: Depressed Mice Just Need a Shot of Gene Therapy in the Brain

80beats: A Silver Lining: Economic Bust Is a Health Boom

More From Discover
Mind
What Keeps Us in Bad Relationships?
Technology
What Is a Social Media Cleanse?
Mind
Gut Bacteria's Role in Anxiety and Depression: It’s Not Just In Your Head
Mind
What Psilocybin Psychedelic Mushrooms Are Teaching Us About Human Consciousness
Mind
Try These 6 Science-Backed Secrets to Happiness
Health
Why Eating Disorders Are so Difficult to Treat
Recommendations From Our Store
My Science ShopDiscover STEM Kits
My Science ShopDiscover 2022 Calendar
My Science ShopStrange Science
My Science ShopElements Flashcards
Shop Now
Stay Curious
Join
Our List