The Secret of Cashmere's Luxurious Appeal

Why do we get so much pleasure from satin sheets or a cashmere blanket? 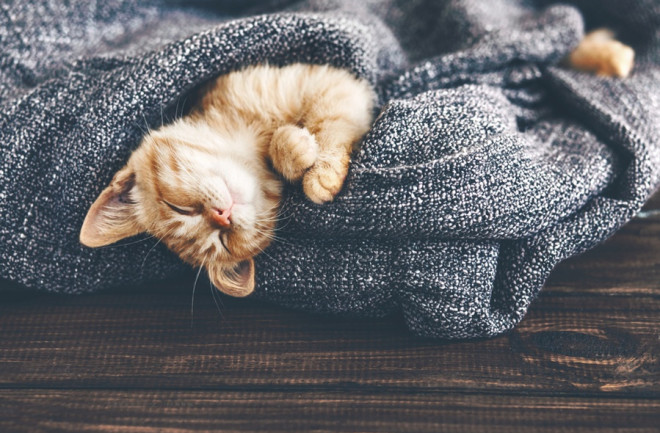 On vacation in the English countryside a few years ago, I discovered what a difference luxury bedding could make to a good night’s sleep. The fabric was cool and smooth, yet sturdy and thick. When I checked out, I asked the staff where I could buy those sheets. They had no clue; the previous owner bought them, they said.

Back in the States, I tried desperately to find linens that felt as good. At Bed Bath & Beyond, I encountered a slew of confusing buzzwords: percale, sateen, 300-thread-count Egyptian cotton. Caressing the display swatches, I started to wonder about tactile pleasure — where it comes from and what drives it. Why does the feel of fancy sheets trigger such a strong pleasure response in the brain? And could making sense of those things help me find the perfect sheets?

Figuring out why we experience pleasure from touch has preoccupied scientists since at least the 1960s. That’s when two researchers at Uppsala University, Åke Vallbo and Karl-Erik Hagbarth, discovered the process of microneurography and used it to record electrical impulses from people’s peripheral nerves. These nerves, which are spread throughout the body, relay our sensations, including touch and motor control, up the spinal cord to the brain. Later work by Vallbo, Håkan Olausson and other researchers discovered that a pleasant-seeming stroke on the arm consistently produced two signals, one fast and one slow.

The dual processing left Vallbo and Olausson puzzled. They knew earlier research had found that painful stimuli also create two signals: one immediate and one that reaches the brain a couple of seconds later. But in that case, the fast signal forced the body to respond quickly to a stimulus that might cause it harm. The slow signal, carried to the brain by so-called C-tactile fibers, part of the peripheral nervous system, reminded the body to protect the injured site until it could heal.

But, Olausson, Vallbo and others in the field wondered, why would the body need to produce two signals when the sensation was pleasurable and posed no danger? They soon developed a theory: The crude first signal simply registered the new sensation in the brain. The second produced an emotional state of closeness. They thought this second message, carried by the C-fibers, may have been evolutionarily helpful, encouraging us to seek protection and social connectedness. In the years since, several scientists have posited that this may be the response that’s triggered when we touch silk or cashmere or other luxurious textiles.

But C-tactile fibers can’t be the entire story behind tactile pleasure. They exist only in our hairy, or nonglabrous, skin, and there are plenty of textures that we find appealing on our smooth skin, most notably our fingertips. I thought of the many textures that feel good beneath my hands, like the smoothness of my computer keys or the fine wood grains of my desk. Were there other cues in our hairless skin that tell us when a texture feels good?

Researcher Anne Klöcker wondered the same thing. In a 2014 PLOS One study, Klöcker, a postdoctorate at the Catholic University of Leuven in Belgium, blindfolded 22 people and had a robot stroke their fingertips with 27 tactile stimuli that varied in temperature, roughness and force. The robot measured each stimuli with three different “touches”: first a simple vertical touch, then maintaining contact for five seconds and then a horizontal stroke. Participants next rated each experience on a pleasantness scale. Though other research indicates pleasantness ratings were higher when hairy skin was stimulated, the findings confirmed we can perceive tactile pleasure using just our fingertips.

Klöcker and her team found support for two components of touch that are important to a surface’s appeal: the level of roughness and the level of force with which it moves across the skin. Unsurprisingly, rougher surfaces applied more forcefully felt the most unpleasant. In general, smoothness felt better to participants, though some preferred more texture. The study concluded that a pleasing sensation is created by the activation of various nerve fibers at different rates and intervals, like a symphony of instruments.

I thought back to those English sheets. What made them so memorable wasn’t just their smoothness. There was something more. They had a starchiness, a resistance against my skin. I wondered what created that perfect combination of silky, cool and firm.

In 2014, neuroscientist Harsimrat Singh, then a University College London research associate, performed a study that looked at how subjects’ brains reacted to various textures. Using electroencephalogram (EEG) imaging, Singh and his team found that as the brain is first processing touch, it just detects differences among the physical sensations coming in. Only after that does it decide which ones are pleasant. And they saw that more activity in the parietal lobe, the area responsible for most sensory input, corresponded with the subject’s preference for a texture. But participants didn’t all agree on which sensations felt the best — their judgments were highly subjective.

How people perceive textiles is also of great interest to the companies that sell them, of course. For decades, the industry has tried to home in on what appeals to consumers’ sense of touch, and use that information to craft products. Back in the 1970s, Japanese chemist Takeo Kawabata developed the Kawabata system, still widely used today. It involves four instruments, each measuring a few different fabric properties, such as tensile (ability to be stretched), shearing (ability to be draped), flexibility, compression and texture.

I asked Emiel DenHartog, the co-director of the Textile Protection and Comfort Center at the North Carolina State University College of Textiles, who regularly uses the method, whether these machines could accurately test comfort. While the tests were useful for objectively comparing fabrics, “we have to relate the numbers to people’s own perceptions about whether that fabric is comfortable,” he says. “The numbers alone aren’t much.”Human testers are expensive though. Sliman Bensmaia, an associate professor of organismal biology and anatomy at the University of Chicago, is working on an alternative in partnership with Kimberly-Clark, maker of Kleenex and Huggies. He uses an artificial finger created by the Los Angeles-based company SynTouch to “feel” various textures and determine their physical qualities. He then uses those readings to form a model for interpreting how the average person would perceive those qualities.

Using this technique, he can predict how the brain will sense differences in roughness between two objects. But his model can’t yet predict more complex qualities, such as fuzziness and silkiness.

The neural coding that leads to our recognition of various textures and feelings is complicated, he explained. “Touch is so rich, so multidimensional,” Bensmaia says. “There’s a lot we do understand, but there’s still a lot we don’t know.”

Back to the Drawing Board

Clearly, machines can only go so far in measuring the pleasantness of textures. But consumers weigh in on this question every time they buy new linens. So how do people go about making these choices? Is there any consensus on what makes the best sheet set?

While visiting a textile trade show in New York, I posed this question to Nina Nadash, the home and interiors marketing manager for Austria-based fiber producer Lenzing.

She told me that finding the most comfortable set of sheets is a personal thing. Some people like silky sheets, she explained, while others prefer firm ones. And in some regions of the world, rougher, more textured sheets are popular while people from other areas prefer linens. It turns out that comfort is hard to measure — it’s determined by a mix of personal preference, physiology and prior experience. Even marketing can influence how we perceive comfort.

After all that research, I realized that maybe what I’d liked about those English hotel sheets had less to do with my neurological response to touch and more to do with psychology. Maybe they felt so nice because I associated them with the luxury of a long vacation.

In the end, I decided to stick with my own sheets. They’re soft from wear and washing. But maybe even more importantly, as I’ve moved from apartment to apartment, they’ve remained a constant, providing emotional comfort as well as physical comfort. And that, I now know, is just as important as some unattainable, objective measure of pleasure.

[This article originally appeared in print as "The Right Touch"]