The Science of the Rorschach Blots

When the psychiatrist Hermann Rorschach blotted ink onto paper to produce a series of abstract patterns, could he have known that nearly 100 years later, the Rorschach test would be a household name? 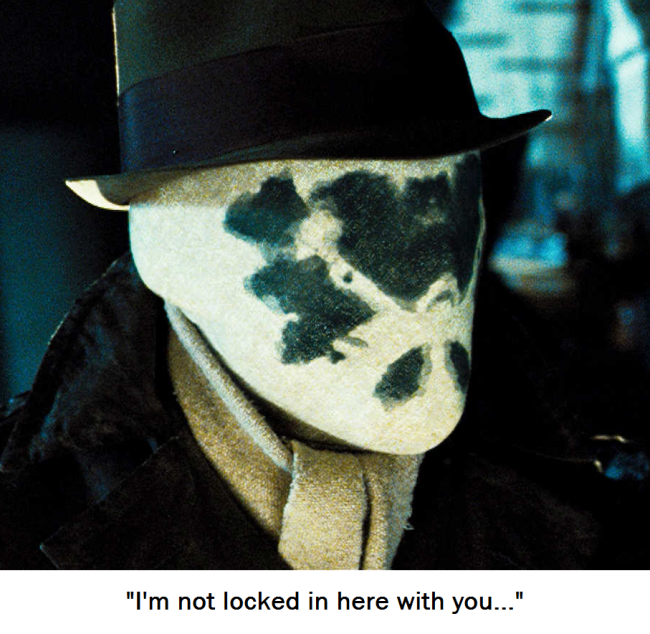 Although the use of the Rorschach to diagnose mental illness is mostly a thing of the past, research on the test continues. Last week, two new papers were published on the Rorschach blots, including a fractal analysis of the images themselves and a brain scanning study using fMRI. The fractal analysis comes from Taylor et al. of the University of Oregon, Eugene. These authors report that Rorschach blots with a lower visual complexity (specifically a lower fractal dimension, D) generate more varied interpretations in the minds of observers. 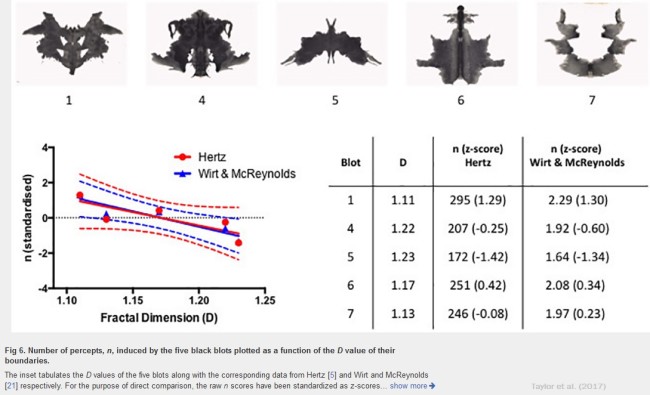 Natural objects whose fractal characteristics might be expected to induce recognizable images include rock faces, coastline patterns, clouds and craters on the Moon. In particular, many clouds have fractal boundaries quantified by D = 1.3 (similar to the Rorschach blots) and are well-known for inducing percepts in our daily lives.

Unfortunately, the correlation between fractal dimension and number of percepts had a sample size of just five, because only half of Rorschach's ten blots were included in the analysis (as the others involve colors). Meanwhile, Italian researchers Luciano Giromini and colleagues conducted an fMRI study in which 26 healthy volunteers were shown the full set of blots and asked to "look at each inkblot and think of what it might be, trying to see only one thing per each inkblot design" Seeing the blots was associated with widespread increases in brain activity: 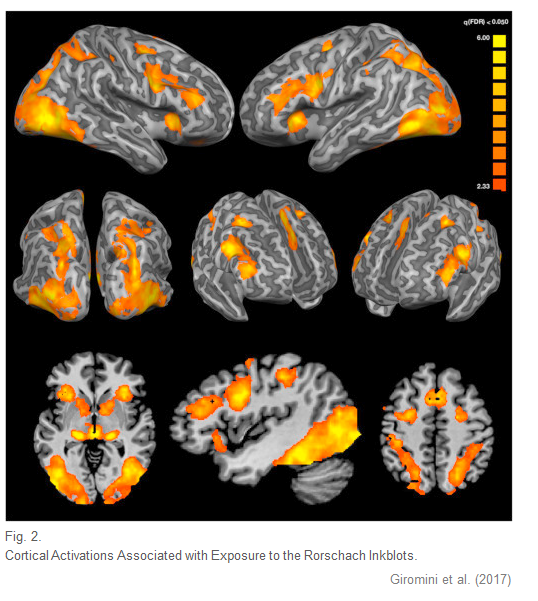 The authors go on to discuss what these patterns of activity mean. For example:

The Rorschach task strongly activated the anterior section of the thalamus, a large portion of the pulvinar, and part of the mammillary bodies. These areas are part of the limbic system and are thought to contribute to the perception and processing of emotions, especially in relationship to memory... From the point of view of the Rorschach assessment, thus, this finding is particularly intriguing. Essentially, it reveals that looking at the Rorschach inkblots while thinking of what they might be activates areas of the brain that are implicated in the perception and processing of emotions and emotional memories... As such, our study indirectly provides support to the idea that the Rorschach may be used to investigate the respondent's ability and willingness to focus on, talk about, and/or deal with emotionally loaded stimuli, contents and/or memories.

To be honest, this kind of functional interpretation of fMRI images has much in common with interpreting a Rorschach blot. Perhaps we're dealing with a case of Rorschach blobs? Yet there's a bigger problem here, which is that the brain activations probably weren't specific to seeing Rorschach images, but instead, just reflect the neural response to any complex visual stimulus. This is because Giromini et al.'s baseline condition was a fixation cross, i.e. seeing a + on the screen. The cross stimulus is less complex, and smaller, than a Rorschach image (and less colorful in the case of the 5 colored blots.) So we can't interpret the fMRI blobs as being Rorschach-specific. The authors do acknowledge this limitation, but they don't seem to recognize that it's a fatal one.