The Science of Reckless Driving

Scientists are working to better understand reckless drivers' risky behavior. The secret might be in their saliva. 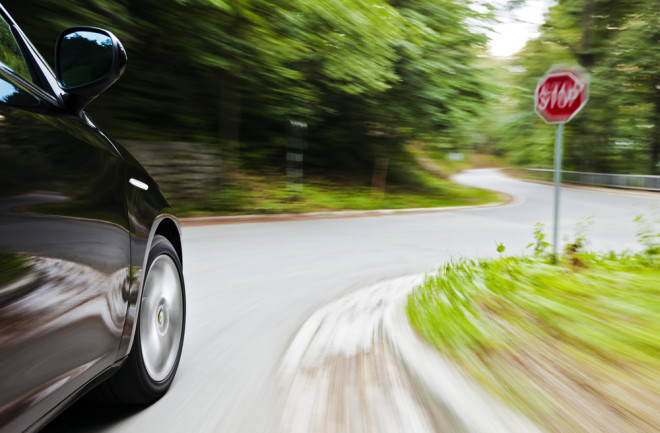 The Chevy Corvette reached speeds of 156 mph as it tore down a residential street in Las Vegas in November 2021. Moments later, the corvette smashed into a Toyota and caused the gas tank to explode. Witnesses tried to help the driver of the Toyota, a 23-year-old woman, but she died in the fire. Her dog also died in the blaze.

The driver of the corvette, Henry Ruggs III, was a wide receiver with the Las Vegas Raiders at the time. He now faces four felony charges for driving under the influence and reckless driving. His preliminary hearing is set for next month.

Right now, pedestrian deaths in the U.S. have spiked to nearly record levels amid a national surge in reckless driving. And behavioral scientists are trying to better understand reckless drivers so that tragedies like the Las Vegas accident can be predicted and avoided. International studies have found that some drivers are more prone to risky behavior, but they haven’t figured out why.

In the past, scientists struggled to find a distinct personality trait shared among risky drivers. Only in the last decade has a promising theory emerged: The secret to reckless drivers’ risky behavior might be found in their saliva.

The body’s response to stress can be detected by measuring the level of cortisol — the body’s main stress hormone — in salvia. For most people, cortisol levels are raised in the morning and then decrease as the day progresses. Cortisol levels can spike when a person encounters a stressful situation.

What a person finds stressful, however, is subjective. Studies have found that for some people, having a cluttered home is a stressful experience, and their cortisol levels remain higher throughout the day in comparison to people who either have neat homes or just don’t care about the mess. Similarly, some people find public speaking to be stressful, whereas others might enjoy the attention.

Driving situations, of course, can also be stressful. People who were afraid to get behind the wheel showed elevated cortisol levels during exposure therapy sessions in which they had to drive on multi-lane highways. And not surprisingly, commuters who felt their drive to work was stressful also showed higher cortisol levels.

Knowing that stress is subjective, researchers have increasingly turned their attention toward the cortisol levels of risky drivers. Studying this hormone may be the key to unlocking whether a lower stress level is a predictor of recklessness.

A Trait in Common

In the last decade, researchers have sought to identify which personality traits are shared among reckless drivers. In a 2016 study in Plos One, researchers recruited men ages 19 to 39 to learn more about their driving habits. The researchers divided the participants into four groups. The first group consisted of 36 men who had been convicted for driving while intoxicated (DWI). The second group, nicknamed MIXED, included 27 men who had violations for both alcohol and speed related incidents. The third group, SPEED, was 28 men with non-alcohol related moving violations. The last group was a control group of 47 men without a history of reckless driving.

The researchers made profiles for each participant that noted their personal histories and driving records. The participants also completed questionnaires, a driving simulation and risky-choice scenarios. Researchers also tested the participants’ cortisol levels before, after, and during a stressful scenario in which they had to perform mental arithmetic in front of a panel of judges.

The test results varied and showed little connection between the groups. There wasn’t one trait the researchers could pin as shared among reckless drivers. Whereas the SPEED group was more likely to take risks and have lower inhibition, the MIXED group showed substance abuse and antisocial behaviors. The DWI group had greater alcohol use and disinhibition.

There was one exception, however. The participants in the three groups of risky drivers all had one distinction from the control group — their cortisol levels were lower during the stress test. And it’s a result that other studies have confirmed.

Scientists call a lower cortisol stress response (CSR) “blunted,” meaning the person doesn’t show a significant response to a stressful activity. A 2018 study in the International Journal of Adolescence Medicine and Health tested cortisol levels in Canadian teens with criminal convictions to determine if they shared a blunted CSR response.

The study recruited 20 boys ages 15 to 18 who were in custody. Three-quarters of the participants had convictions for assault, sexual assault or robbery. The rest had driving or auto theft charges. The researchers also recruited 11 boys without criminal records to serve as the control. The participants completed questionnaires, interviews and risk-taking assessments. They also performed a driving simulation in which they were placed into a busy highway and then an urban environment, and instructed to drive like normal.

For the stress test, the participants had five minutes to prepare a “job talk” in front of a panel of judges before they were tasked with performing mental math problems for the panel. Cortisol samples were taken before, after and during the test.

Lower CSR is consistently showing up in studies regarding reckless driving. A 2019 study in Psychopharmacology recruited 132 first-time DWI offenders and a control group of 31 non-offenders and followed them for a nine-year period.

The researchers found that participants with a blunted CSR were more likely to have reckless driving convictions. With this information, they used a modeling program to create the phenotype of a high-risk driver. The hope is that if a profile is consistently identified, intervention programs can help high-risk drivers make better choices and avoid hurting others.