Scary stimuli does a lot to the mind and body — and it might actually be good for you. 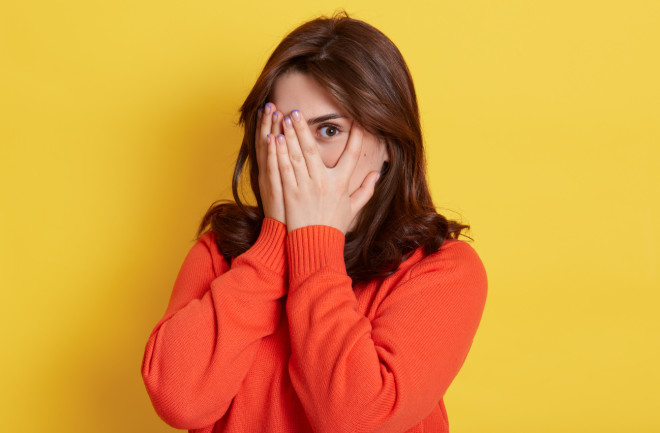 In early 1931 — just as their new movie, Dracula, was set to premiere — Universal Studios executives realized they weren’t sure how to describe it. The horror genre was still fairly new, after all. Eventually, they settled on promising the audience “chilling horrors of the night.”

Later that same year, when the studio released Frankenstein, it felt much more comfortable telling audiences to expect a “superb epic of terror.”

Now, almost a century later, the genre is well established. Moviegoers know that a “chilling horror of the night” or “superb epic of terror” is one of the ways to scare themselves silly. (Haunted houses, Ouija boards and after-dark visits to cemeteries are a few other options for those feeling frightful.)

And yet, scientists have long wondered why people enjoy being scared. As they uncover what scary stimuli does to the mind and body, they’re also finding a good jump scare might actually be healthy for us.

Scientists have distinct categories for the type of fear people experience when they head into a haunted corn maze or queue up a horror film. Voluntary arousing negative experiences (VANE) and recreational fear are two of the terms researchers have used to distinguish the intentional act of being scared.

When you visit a haunted house or turn on a scary movie, for example, you anticipate seeing something scary. Your body, however, still produces a response as if it was truly in a dangerous situation. And the feelings of relief when those responses subside can be pleasurable.

In a 2019 study from the journal Emotion, researchers approached 262 adults who had purchased advance tickets to an “extreme” haunted house — one that included frights like a room with a killer clown and, perhaps even more chilling, a room with antique dolls.

Researchers asked these participants to complete a questionnaire prior to entering. Then, after a roughly 35-minute trek through the haunted house and upon exiting, participants filled out another questionnaire. Just over a third of the participants additionally agreed to wear a portable electroencephalogram (EEG) and complete about 15 minutes of tasks before and after the attraction, so researchers could measure changes in their brain waves.

Sure enough, those who described themselves as bored, stressed or tired prior to entering the house reported an improved mood after exiting. It seems the act of being scared produced a euphoria that both changed their mood and reduced their neural activity.

The authors of the study compared this change in neural activity to the response many people receive after practicing mindful meditation. For some of us, relaxation stems from breathing deep and picturing a waterfall. And for others, relaxation comes from shrieking and dodging someone in a Mike Myers-style hockey mask.

There is a limit, however, as to when something stops being fun. A 2020 study published in Psychological Sciences equipped haunted house visitors with heart rate monitors while they toured the attraction. Participants were afterward asked to describe their enjoyment of the experience.

When comparing participants’ enjoyment to their heart rate levels, the researchers found there was, as they put it, “a sweet spot” to how much people enjoyed being scared. The authors described an inverted U-shaped graph, in which too little frights aren’t that fun and neither are too many. They concluded, therefore, that fear and fun can be combined.

Other research has shown that people turn to scary stimuli because it has high informational value — and the process of seeking information can trigger rewarding sensations. In a 2020 study from Nature, for example, participants underwent functional magnetic resonance imaging (fMRI) while choosing between seeing negative and positive images.

Read More: Why We’re Hard-Wired to Remember Things that Scare Us

The negative images included upsetting photographs, like a soldier kicking a fallen civilian in the head. The positive images included, say, children tossing flower petals at a wedding. In comparison to when they viewed positive or neutral images, the brains of participants who chose to view the negative images lit up in specific places: the striatum, inferior frontal gyrus, anterior insula and anterior cingulate cortex.

The researchers concluded that the act of choosing to see the negative images was an information-seeking behavior that led to reward circuitry being activated.

And scientists have found there are other rewards to being scared. A 2021 study in Personality and Individual Differences found that those of us who like horror films showed greater resilience during the COVID-19 pandemic. Similarly, people who like films in the “prepper genre” (i.e., movies about alien- or zombie-induced doomsdays) showed greater preparation and resilience for the pandemic.

The researchers posit that scary movies have value because they help us to practice coping strategies. So, although a zombie apocalypse is unlikely (knock on wood), relating to characters who endure such an event can potentially help someone engage with the idea of social upheaval in general. Then, when a social upheaval occurs in real life, that viewer has already practiced regulating their emotions and can respond more calmly — and perhaps with a sense of relief that an alien invasion isn’t to blame in this case.

More From Discover
Health
10 Science-Backed Ways to Boost Your Brain
Health
Extreme Fatigue: 4 of the Longest-Lasting Sporting Events
Mind
Weed Might Not Make You Creative After All
Mind
How Does Alzheimer's Disease Lead to Death?
Technology
What Is a Social Media Cleanse?
Mind
What Psilocybin Psychedelic Mushrooms Are Teaching Us About Human Consciousness
Recommendations From Our Store
My Science ShopDiscover STEM Kits
My Science ShopDiscover 2022 Calendar
My Science ShopStrange Science
My Science ShopElements Flashcards
Shop Now
Stay Curious
Join
Our List