The Science Behind Coincidence

What’s really going on when we encounter uncanny connections? 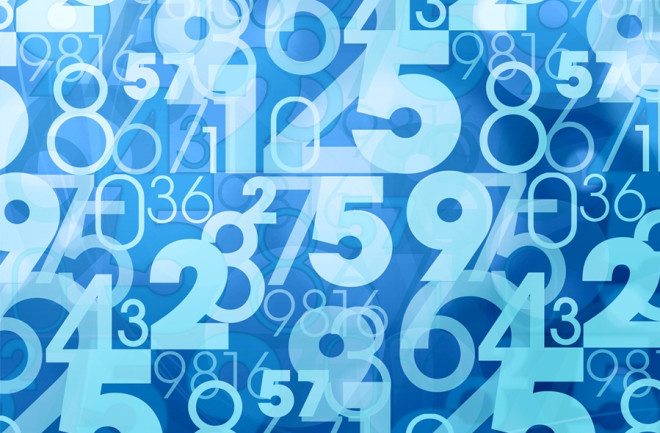 The most notable coincidence in my life was just a few days shy of my first Thanksgiving without my dad — at least as I’d known him. He’d had heart surgery in January 2017, followed by complications ranging from strokes to a life-threatening bacterial infection. The repeated assaults on his system transformed him. Last Thanksgiving, he had run circles around my 3-year-old. This year, he sat motionless in a chair, unable to spoon his own mashed potatoes.

I needed a distraction. So I hit eBay in search of a license plate for my boys’ transportation-themed bedroom. I decided to look for a Massachusetts plate, because I spent a lot of time there with my dad.

When the first one popped up, the numbers nearly leapt off my screen. It was a 1938 plate, the same year my dad was born, with the numbers 143264. My mom was born in February (2) of 1943, and they married in 1964. I contacted the seller, who told me the plate was part of his father’s vintage collection. He had thousands of them.

“I lost my dad last December, after a 10-year battle with Parkinson’s disease,” he wrote. “He was my best friend. Every time I box up a plate, it kills me, but I do it for my son and nephew’s college fund.”

Was it a coincidence that almost all of the numbers lined up with different aspects of my parents’ lives? That the seller and I shared a yearning for dads who were no longer there? The majority of scientists say it’s simple mathematics. Some researchers subscribe to the fringe claim that invisible forces “make things happen.” But most camps agree such scenarios are part of our brain’s innate need to create order out of chaos — and we experience them more often when we’re paying attention.

We Are All Connected

Stumbling upon that 1938 plate at the moment I was missing my dad — and the fact that the plate led me to someone who was also missing his dad — isn’t a coincidence. At least according to psychiatrist Bernard Beitman, a visiting psychiatry and neurobehavioral sciences professor at the University of Virginia, and a coincidence researcher.

He says it’s synchronicities, indicators of an invisible network that connects everyone and everything. Beitman suspects humans transmit some unobserved energetic information, which other people then process or organize into emotion and behavior.

“Just as sharks have ampullae in their skin that detect small electromagnetic changes to help them locate their prey … it’s plausible, maybe even probable, that humans have similar mechanisms that detect coincidences,” he says.

There’s no evidence for this, but he’s not the first one to pursue this fringe line of thinking. Austrian biologist Paul Kammerer believed coincidences arise out of unknown forces, or waves, that he called seriality. He wrote a book on the subject in 1919. Albert Einstein even commented on it, saying it was “by no means absurd.” And in the 1950s, psychiatrist Carl Jung came up with a similar idea, his so-called synchronicity theory, to describe these bizarre occurrences.

The most pervasive argument, though, may be a combination of our brain’s need to seek patterns and order, and plain ol’ math.

Order Out of Chaos

A 2015 study published in New Ideas in Psychology reported that coincidences are “an inevitable consequence of the mind searching for causal structure in reality.” That search for structure is a mechanism that allows us to learn and adapt to our environment.

The very definition of coincidence relies on us picking out similarities and patterns. “Once we spot a regularity, we learn something about what events go together and how likely they are to occur,” says Magda Osman, an experimental psychologist at the University of London and one of the study’s authors. “And these are valuable sources of information to begin to navigate the world.”

But it’s not only recognizing the pattern that makes a coincidence. It’s also the meaning we ascribe to it — especially meaning that provides solace or clarification. So when we see an unusual configuration, we think it must hold some significance, that it must be special. Yet most statisticians argue that unlikely occurrences happen frequently because there are so many opportunities for surprising events to happen. “It’s chance,” says David Spiegelhalter, a risk researcher at the University of Cambridge.

Spiegelhalter collects anecdotes of coincidences. In fact, he’s accumulated more than 5,000 stories since 2012 as part of an ongoing project. In 2016, an independent data firm analyzed these stories and revealed 28 percent of them involve dates and numbers. But no matter what the nature of a coincidence is, Spiegelhalter claims coincidences are in the eye of the beholder.

A classic example: In a room of 23 people, there’s just over a 50/50 chance two of them will share a birthday. Most of us would view that as an inexplicable coincidence, but mathematical law suggests such events are random and bound to happen. Any meaning we attribute to them is all in our heads.

Take the tale of my license plate and how the numbers jumped out at me. “Had it instead been the full date of your father’s birth, or your mother’s, or your own, or some other combination of these, then you would still have thought it striking,” says David Hand, a mathematics professor at the Imperial College London and author of The Improbability Principle: Why Coincidences, Miracles and Rare Events Happen Every Day. “The point is, there are lots of ways an interesting number could arise. If any of these ‘lots of ways’ would make you take notice, then it’s not so unusual after all.”

And as Beitman pointed out, my plate also came with a rub: Where does the number 1 on the plate fit in? I reasoned it’s from the month of my dad’s birth (October, or 10) — or maybe, as a romantic, I could decode 143 as short hand for “I love you” because of the number of letters in each word.

But 1 isn’t 10, and 143 could, with my logic, mean other things, like “I hate you.” “And that’s the predisposition of those who want to see a coincidence,” Beitman says. “The brain sees a pattern that does not exist.”

So perhaps it’s not surprising I homed in on that plate. I was emotional, missing my dad, and I do hold strong paranormal beliefs. Had the seller shared my dad’s birthday, I would have likely felt that, too, was an uncanny coincidence. And admittedly, when I asked my husband and sister if they recognized the plate as destined for me, both were stumped. They didn’t see the sequence as anything unique.

The irony of my story? Through a comedy of errors involving insufficient knowledge of eBay logistics and a busy holiday weekend, I lost the auction. Channeling my dad’s fighting spirit, I contacted the winner through the seller. The 1938 Massachusetts plate is now on my boys’ wall.

Certain people are more coincidence-prone than others, but all of us can learn how to cultivate them. “The more you notice the events, the more they happen,” says mathematician David Hand. Want the world to feel like a more magical place? Try these strategies:

1. Pay attention. Coincidences happen to people who are mindful and notice things. When you go about your daily activities, keep your senses open to coincidental opportunities.

2. Talk to strangers. According to work by risk researcher David Spiegelhalter, coincidences often arise out of talking to someone you don’t know. If you don’t introduce yourself to your neighbor, you can’t possibly know both of you were born in the same hospital, on the same day, in a city several hundred miles away from your current homes.

3. Seek meaning. Whether you see a string of numbers on a license plate or hear a song on the radio, ask yourself if you can make meaning out of the experience.

4. Write it down. Keep a log of the coincidences that occur in your daily life. The more you notice coincidences, the more likely they are to happen to you.