Two techniques stimulate neurons without the hassle of implants. 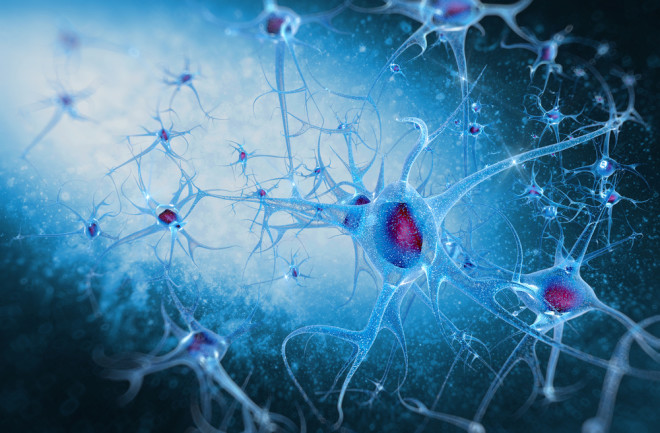 Internet connections can be wireless, so why shouldn’t brain medicine be? Stimulating neurons deep within the brain can help treat conditions such as Parkinson’s disease and obsessivecompulsive disorder, but right now patients must undergo invasive electrode implants. In 2015, two research teams announced they found a way to skip the implants and stimulate the brain remotely.

In March, MIT materials scientist Polina Anikeeva and her team announced they’d heated things up by injecting a specially engineered virus that carried a gene for heat sensitivity — the same one that gives us a “hot” sensation when we eat chili peppers — into a region of mouse brain. Once the virus infected neurons with the heat-sensing gene, the researchers injected magnetic nanoparticles into the same brain cells. When they exposed the mouse to a magnetic field, the nanoparticles warmed up, and the now heat-sensitive neurons fired.

A month later, the nanoparticles remained, able to stimulate the neurons. Next, the group plans to study how this stimulation affects the animal’s behavior — a step toward use in humans.

Scientists from Florida International University and the University of California, Riverside skipped the heat and got smart when they announced another wireless stimulation method in July. Engineer and immunologist Sakhrat Khizroev and his colleagues excited neurons using “smart” nanoparticles, which generate a local electrical field when exposed to a magnetic one. They injected the nanoparticles into a mouse’s bloodstream through its tail. Then, they held a strong magnet above the mouse’s head to drag the particles upward through the blood-brain barrier, a filter that normally keeps unwanted molecules out of the brain. Once the nanoparticles squeezed through the barrier and the mouse was exposed to a weak magnetic field, the critter’s brain responded by firing electrical signals.

A magnet pulled “smart” nanoparticles through a mouse’s bloodstream into its brain, similar to this figure. Once a weak magnetic field was present, the nanoparticles triggered the neurons. | Courtesy Sakhrat Khizroev/Florida International University

Khizroev used the tail-to-head trick to spread the nanoparticles through the brain and mimic IV drug delivery in humans. But later, he says targeted magnetic fields could focus the treatment. He envisions the particles as multitaskers, delivering drugs and stimulating neurons. No wires needed.

[This article originally appeared in print as "Remote-Controlled Brain."]