The Reasons Why We Do Irrational Things

Stemming from our neanderthal roots, we make irrational decisions for survival and safety. 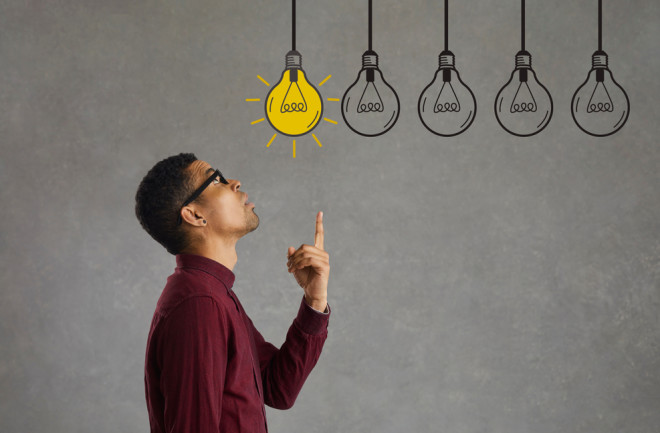 Irrational thoughts enter our brains and affect our actions more often than we’d like to admit. From the sugary donut you regretted before taking your first bite, to getting upset with others for making the same mistakes you do — irrationality comes in many forms and seems to carry plenty of drawbacks.

Yet, researchers note that the behavior also gives our overly-taxed brains a rest and can even spark new innovations.

"Human beings are not logical, we are storytellers most interested in emotional comfort and safety," says Howard Rankin, author of I Think Therefore I Am Wrong: A Guide to Bias, Political Correctness, Fake News and the Future of Mankind. "We can convince ourselves and justify anything."

This is partly because our brains haven’t had a significant upgrade for millions of years, says Rankin, who holds a doctorate in clinical psychology.

"We are basically still neanderthal," he notes. "Focused on survival and safety, and living in the present. Our brains haven't adapted to a much more complex world."

On top of that, the human brain takes up 20 percent or more of our energy, Rankin says and critical thinking can exhaust it more. "As a result of this, we rely on simplistic shortcuts," says Rankin.

Shortcuts can lead to accepting probabilities as facts, succumbing to confirmation bias and convincing ourselves that we have the ability to truly multitask. Rankin says we can’t multitask, we’re simply switching between tasks and thinking we are.

Forces of time and certainty control “in the moment” decisions, such as an impulse to eat cake for breakfast instead of your typical morning oatmeal, says Oksana Hagerty, an educational and developmental psychologist serving as director of the Center for Student Success at Beacon College in Leesburg, Florida.

"Something that is immediate and certain is perceived as more valuable than the distant and the uncertain," says Hagerty. The instant pleasure of eating cake takes precedence over the possible health consequences of that indulgence down the road.

Hagerty turns to the proverb regarding the "bird in the hand vs. two in the bush," to illustrate this concept further.

"While ‘a bird in the hand’ is indeed better than ‘two in the bush,’ what if the equation had four birds in the bush?" Hagerty asks. She suggests that the rational answer is to choose the four birds while the comfort-seeking brain chooses to stick with what it has.

"This [rational] conclusion has to come from the rational brain, which is notoriously slow to kick in," says Hagerty.

While irrationality can sometimes trip us up, it can also fuel creativity and innovation, says Pareen Sehat, a registered clinical counselor based in Vancouver, Canada.

"If we hadn't rubbed two flint stones together for no reason, we would not have discovered fire," Sehat notes. Humans naturally get bored and frustrated with a routine, even if it is beneficial to them.

"Our irrational behaviors are associated with our desire to do something different, […] it can be considered an integral part of our survival and progression," says Sehat.

And maybe one day, humans will have the capacity to live more rationally, too.

"I speculate in an upcoming book that there may be a species that has way more brain capacity, way more energy [and] way more ability to look at things simultaneously than we do," says Rankin. "We think we are the smartest animals that we know. We think: That’s it. But it’s still very limited."