The Psychology of Pokémon Go Haters 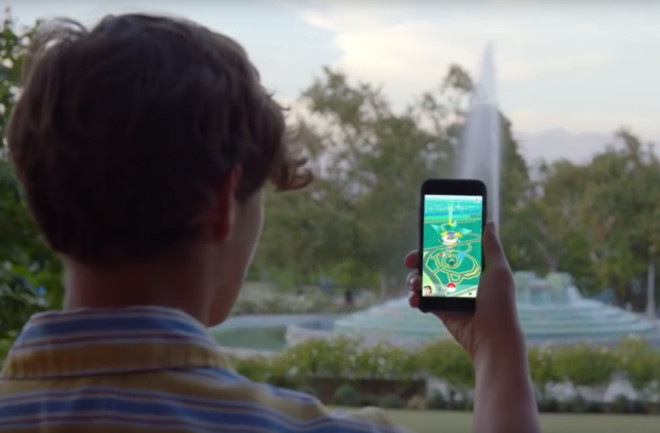 (Credit: Niantic) When Psy’s “Gangnam Style” broke YouTube, they refused to give it a single view. When people soaked themselves during the ALS Ice Bucket Challenge, they called it a waste of water. When Pokémon Go took the United States by storm after its release July 6, they went out of their way to tell friends, family and social network followers they would never play the game. They encouraged pocket monster trainers to grow up, pursue gainful employment or just get off their lawns. One writer, Mattie Lou Chandler, was compelled to publish "A Hater's Guide to Pokémon Go."

Instead of Pokemon go why don't you play the game. It's called a job OHHH pic.twitter.com/0lENq6fH0U

Pokémon Go is the dumbest thing ever happened to the dumb generation of smartphones. — Eleutheromaniac Pak (@shhrbano) July 11, 2016

If you play PokemonGo, I hate you

“They” are the outspoken non-conformists, the inevitable contrarians, the reliable chorus of voices that grow louder the more wildly popular a song, game or idea becomes. It happens every time there’s a new fad, so it’s no surprise that social scientists have taken notice, and their work gives us some insights into the psychology of being a hater.

Defenders of the Good?

In general, we believe we are more skilled and competent than what’s reflected in reality; it’s called the Dunning-Kruger Effect

. Studies have affirmed that this cognitive bias extends to logical reasoning, grammar, debate skills, driving, emotional intelligence and more. The same holds true for our belief systems and morals — we tend to think we’re the ones who have it all figured out. Consumer researchers have learned that our consumption patterns reflect our biased moral framework — we are what we consume. In a 2010 study

, Markus Giesler and colleagues extended this idea of consumer moralism. “Whenever we talk about brands, there are larger, deeper moral value systems at play,” says Giesler, department chair and associate professor of marketing at the Schulich School of Business at York University. “There’s a bifurcation when there’s something as popular as this game — you cannot not have an opinion.”

Here's a meme that's been making the rounds. Could playing Pokemon Go, at least for some people, be an affront to a person's sacrosanct ideas of what it means to be a man? (Credit: Men United) In the study, the team analyzed the often vitriolic commentary on Hummer enthusiast websites, and websites that railed against Hummers and the people who drive them. They also conducted in-depth interviews with Hummer owners in California. Owners claimed they were rugged individualists, embodying the "American Dream". Opponents felt they were defending the collective good, and that driving a gas-hog that could crush a Prius and its inhabitants was socially irresponsible. Both believed they were on the “right” side, the moral side. “The morality play myth allows consumers to venerate and validate their own ideological beliefs and values while casting different ideological views … as antagonistic threats to a sacrosanct moral order,” they wrote in their study. Coffee aficionados rip Starbucks customers for being corporate drones, and Burning Man festivalgoers scoff at consumers who embrace the mainstream. Do Pokémon Go haters have a beef with the game because it’s an affront to their conception of moral order? “I'm at a loss about what made this game so emotionally controversial,” says Giesler. Maybe there’s a simpler explanation.

It’s All About Me

In a planet of 7 billion people, we have to work hard to stand out, and bucking the trend is one way to do it. In a trio of studies

, Roland Imhoff and Hans-Peter Erb showed that the pursuit of uniqueness motivates individuals to resist majority influence to retain their claim to individuality. In one experiment, participants gathered for a topic-driven discussion. Then, they filled out a pseudo-personality test, but were told afterward that their values fit perfectly with the “Average Joe.” In subsequent discussion meetings, participants whose uniqueness was undermined agreed less with the majority opinion in an attempt to reclaim individuality, researchers say.

Another one making the rounds. “Nobody wants to be seen as a gray mouse, whose views are completely mass- and majority compatible,'' Erb told the German

weekly Der Freitag. Facebook and Twitter are quick and easy ways to push against the grain and shed the Average Joe status, and dissing a wickedly popular game may be a way to recover a desired status. Adam Arvidsson and Alessandro Caliandro analyzed nearly 9,000 tweets

. Based on their analysis, the experience for many users was simply about exposure, building a reputation and getting the satisfaction of a “like” from an anonymous person. “People want to post, be seen and be heard, it’s very important for some,” says Marius Luedicke, senior lecturer in marketing at City University in London, who wasn’t involved in the study. “The more critical an opinion, the more likely other friends will find you clever or interesting if you're one of the first to voice it.”

Psychologists Justin Hepler and Dolores Albarracin have an even simpler explanation for Pokémon Go vilifiers: haters are simply going to hate. In a study published in the

Journal of Personality and Social Psychology,

they asked 2,000 people to rank how they felt about an array of subjects, such as taxidermy, health care and Japan. Taking note of the participants who rated these benign, unrelated subjects harshly, they had them repeat the evaluation a month later to ensure they weren’t just in a bad mood. They calculated the results to assess a person’s dispositional attitude — how much they like or dislike things in general. With their haters identified, the researchers gave them a description of an imaginary product: the “Monahan LPI-800 Compact 2/3-Cubic-Foot 700-Watt Microwave Oven”. As you may have guessed, people with a negative dispositional attitude skewered the non-existent product. What was the study’s groundbreaking conclusion? People who dislike things they are familiar with, will probably dislike things they aren’t acquainted with. Again, it isn’t wise to draw any hard conclusions from these studies, which all have limitations — that's the nature of studying human emotions and behavior. These are observations gleaned from self-reported surveys and interpretive methods. Still, the shade being thrown by Pokémon Go critics is undeniable, and we'll see the same thing happen again when the next "big thing" dominates our news feeds. But for all the Pokémon Go haters out there, Giesler points out a bitter irony: “Both the haters and the lovers contribute to a brand’s success,” he says.