The Psychological Importance of Extraordinary Experiences 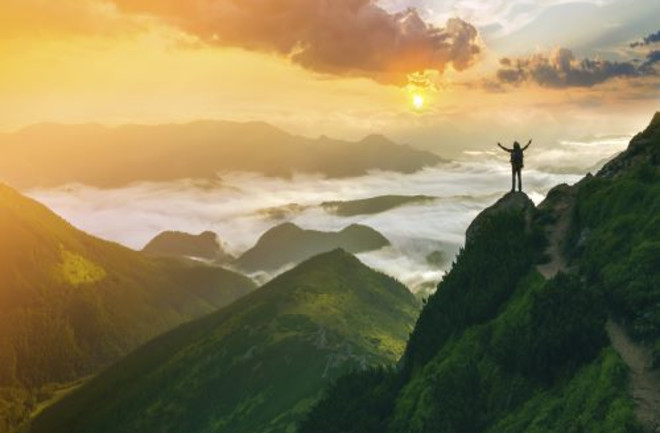 This story appears in the June 2020 issue as "Awe-Struck." Subscribe to Discover magazine for more stories like this.

The first time I ventured to Western Canada’s Selkirk Mountains, I was a tourist. My family and I arrived in a small mountain town via ferry, snapping photos as we passed by stunning vistas of lake, mountain and sky. In the heart of this town, hand-painted signs beckon passersby to try the valley’s fresh vegetables and locally crafted chocolates. In summer, swimmers flock to the lake; in winter, farther afield, skiers venture to the craggy peaks that form the town’s scenic backdrop.

We were so stirred by the place that visiting didn’t seem like enough — we moved. Now, even after 10 years as a local, I’m still struck every day by the beauty of the place and the good fortune that brought me here.

What’s more, I noticed that the changes to my surroundings were accompanied by some nearly-as-grand changes to how I felt and acted toward others. New research suggests that feelings of awe — like the ones that attracted me to my new home — can have deep psychological effects.

In one study, researchers asked participants to visit a grove of towering trees. Afterward, their tests revealed that awe-inspired people made more generous and ethical decisions. (Credit: Stephen Moehle/Shutterstock)

According to psychologists, two things have to happen to trigger an awe reaction. First, you have to perceive something is vast — either in its physical size (perceptual awe) or in its scope (conceptual awe). Then, the vast thing has to challenge your current understanding of the world. That is, it must require some mental processing.

David Yaden, a psychology researcher at the University of Pennsylvania, explains it in terms of my own experience. “Where you live,” he says, “you run into perceptual awe all the time: this gorgeous scenery.

“Something that we might get here in Philadelphia is conceptual awe — say, from a museum or a lecture, hearing a mind-blowing idea.”

New research shows how these sorts of experiences can affect a person psychologically. In a 2019 PLOS ONE study, scientists immersed participants in experiences crafted to inspire awe, including a virtual reality spacewalk accompanied by a reading from Carl Sagan’s Pale Blue Dot. Afterward, people reported enhanced feelings of optimism, gratitude and love. The researchers found that awe was associated with two seemingly contradictory mindsets: thoughts about oneself and compassion for others.

“We think about, ‘How is this experience related to me?’ and then make the switch to thinking outside ourselves,” says co-author Katherine Nelson-Coffey, an assistant professor of psychology at Tennessee’s University of the South.

I can see similar behaviors in my own community. When we first settled in, we were immediately welcomed — our former city neighbors hadn’t been so amicable. And the people here volunteer everywhere, for all sorts of causes. Even I started fundraising for local events and sitting on a nonprofit board of directors — activities I’d never have considered in my old life.

Other studies have found associations between experiencing awe and being more humble, as well as having greater overall happiness and well-being. A study published in 2015 in the Journal of Personality and Social Psychology asked participants either to remember a past awesome experience, watch an awe-inducing video or travel in person to an impressive grove of towering trees. To test the effects, the researchers then presented them with scenarios related to sharing and ethics. For instance: What would you do if a cashier gave you too much change by mistake? They found that awe-inspired participants were more generous and made more ethical decisions.

These greater inclinations — to share with, care about and help others — seem to relate to the way people feel small and insignificant in the presence of something wondrous. When personal concerns and goals appear less important, attention gets redirected to the greater society. There’s more room to care about the welfare of others.

But let’s not forget the aw-ful. A situation can be “so unbelievable it’s awe-inspiring, but in a terrible way,” says Amie Gordon, an assistant professor of psychology at the University of Michigan who has studied the dark side of awe. After all, the word’s Middle English origins (aghe or ege) mean “fear,” “dread” or “terror.”

In one experiment, Gordon and her team had participants watch a video of outer space set to ominous music. The more people reported feeling fear and anxiety during the video, the more their heart rates increased, just like they would have in a real-life threatening situation. There’s evidence that negative awe experiences like these can “make you feel a little more powerless,” she says.

I can relate. My new mountain home has come with new mountain dangers, too: wildfires. Once, as I hiked not far from my house, the next peak over burst into flames. Although there was no immediate danger to me, my heart thumped as I watched the orange fire and gray billows of smoke grow in the distance.

Gordon’s paper, published in 2017 in the Journal of Personality and Social Psychology, reported that about 12 to 24 percent of awe experiences are tinged with feelings of fear and threat. We often react to these negative emotions with a fight-or-flight response. Even in Nelson-Coffey’s studies, which weren’t specifically targeted at negative awe like Gordon’s, some participants reported feelings of shame, fear or disgust alongside their heightened compassion and optimism.

That balance between the positive and negative can vary from person to person. For instance, after the 2013 Boston Marathon bombing, says Gordon, some were horrified by how terrible people could be, while others were impressed by the efforts of the first responders. Or, a wildfire might ravage a town, while also bringing a community together — something Gordon, a Californian, has experienced firsthand.

“Maybe it still makes us draw closer to other people,” she says. “Maybe there’s some silver lining.”

Though not everyone can pack up and move to an idyllic mountain town in order to cash in on the psychological benefits of awe, there are ways to add more extraordinary experiences to ordinary life.

“I think that we do this naturally already,” says Yaden. “When you think about where you choose to go on a vacation, it almost always involves something with vast and amazing scenery, or amazing museums.

“I think the idea is to keep it simple,” Yaden says, mentioning that a visit to a local museum or a walk in nature can be enough. “I don’t think we need to be climbing mountains in order to experience awe. I think it’s closer to home than we realize.”

Gordon suggests taking the scenic route. When commuting to work, she could choose a faster trip through urban sprawl, but she opts for a freeway that winds along a natural landscape. “Google Maps pretty much always tells me to take the other one,” she says, “but this one is awe-inspiring.”

Sometimes, it’s just about slowing down long enough to notice those things that amaze us. “It really requires us to pay attention to our surroundings,” says Nelson-Coffey. “I think often people might be in a hurry and neglect to pay attention to the world around them, when there are so many opportunities to feel awe.” For example, you might watch children play and reflect on how much they’ve changed over time.

And I, of course, recommend taking in a captivating landscape — whether it’s during a short visit or a much longer-term commitment. A stunning view, apparently, can do wonders.