The Psychological Benefits of Picking Up a Hobby

Even if you’re brand new to a hobby, it doesn’t have to take long before the activity can soothe you. 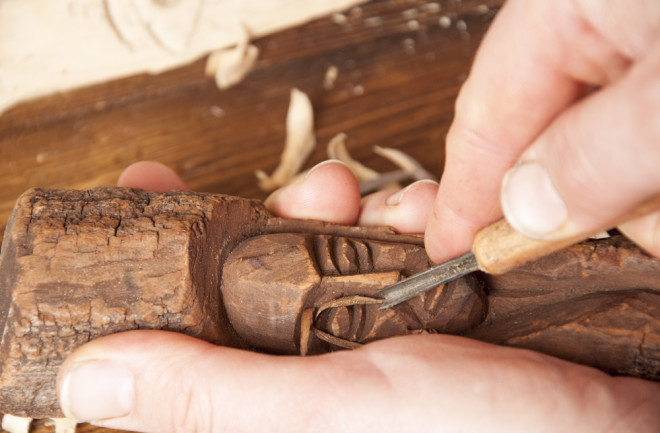 For some, more time at home means more time on their hands. And instead of using those restless fingers to scroll through their phones, people have picked up yarn, pots of soil and vats of natural fabric dyes.

“I think it’s wonderful, and a really good idea,” says Ann Futterman Collier, a psychologist at Northern Arizona University. If you’ve yet to try a hobby while social distancing, there’s a lot to gain from the activities beyond a new sweater or fresh basil.

Not Your Grandma’s Hobby

Maybe older generations picked up what we would call “hobbies” because whatever they made — like clothing or furniture — was cheaper than buying a manufactured version. In many cases, that isn’t true anymore, Collier says, in part because larger endeavors can take a lot of time to finish.

Instead, Collier has found that people now invest their time and money in these projects because of their psychological benefits. Creative pursuits help reach a state of mindfulness, a buzzy wellness term that’s also been described in psychology research for decades. “Mindfulness” means being fully aware of the moment and suspending judgment for the time being, Collier says. This mental state has been linked to less anxiety, less rumination and overall better emotional regulation skills. Tasks that demand a physical presence and maybe some repetition put people in this headspace by requiring them to concentrate only on what’s in front of them.

Once the work ends, hobbyists often feel rejuvenated. Collier observed this shift in textile artists. The more engaged they were in their work, the more renewed they felt once they put the project down. “I think that when you get immersed in something completely, afterward you feel like you’ve gotten away from your problems or what was bothering you,” Collier says.

Things to Know Before Getting Started

If a brief mental respite from the news and your worries sounds appealing, Collier says there might be a few things to consider before you dive into a new hobby. For starters: If the task is completely new to you — if you’ve never picked up knitting needles before, for example — it will take a little learning before you can slide into the mood-boosting mental state. Having to stop and figure out what you’re supposed to be doing can disrupt your focus, Collier says. “It has to be a balance between not being boring and not being so complex that you can’t do it.” For example, foundational kitchen skills could ensure that someone feels focused, even if they still have to read a recipe.

Collier also points out that you don’t even have to enjoy yourself while doing the task to gain the rewards. Sure, that’s a bonus — people’s mood can improve simply because they look forward to their hobby and the community it provides. But DIY projects can also be stressful, or way more time-consuming than anticipated. Even when people are annoyed putting the project together, they will still report the psychological benefits, Collier says. Frustration also distracts people from the rest of their lives and provides a way to connect with others who have done something similar.

It’s also important to consider that the stress of daily life might not leave people feeling too creative these days — and that’s OK. Instead of embarking on huge projects, Collier, herself an avid textile worker, has opted for smaller works that feel more manageable. “You don’t have to do the most right now,” she says. Even less-ambitious hobbies can still give you a satisfying mental respite.

Once people see themselves as hobbyists, that delivers a sense of identity. Your chosen activities can become a way to see yourself and a community of other people who give themselves the same label, Collier says. “Having that identity in and of itself is associated with well-being.”