The Multi-Faceted Nature of Selfhood

Researchers think our inner identities are composed of several layers, though it isn't yet clear how exactly they operate. 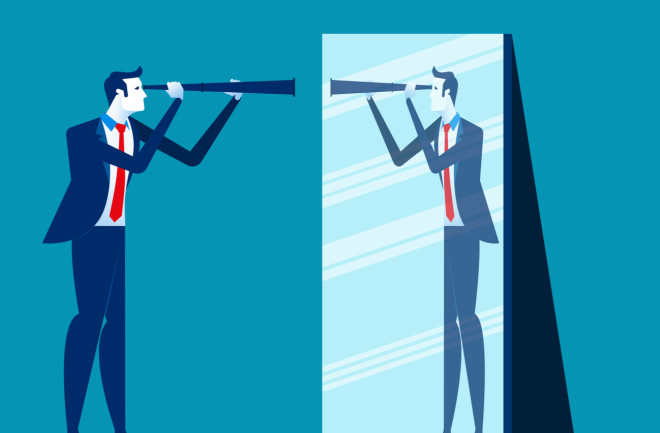 Most of us seem to possess an underlying essence that makes us who we are — a constant that remains with us throughout our lives.

This essence has different names according to various spiritual or philosophical traditions. Buddhists call it the "self," but reject the idea that we all have a unique self that sticks around throughout our lifetimes. Other monotheistic religions might call this essence a "soul" that outlasts our physical bodies and is judged based on our worldly deeds after death. Other philosophical traditions might refer to this as our "ego."

While people have pondered these concepts for millennia, neuroscientists and psychologists are just starting to unravel many of the neurological and environmental mechanisms that combine to create this perception of integrated selfhood.

In his new book Being You, University of Sussex neuroscientist and consciousness researcher Anil Seth describes five core components that contribute to our conscious experience of selfhood, each of which can be manipulated in studies to gain further insight.

Most people feel that at a certain point, their body ends and the rest of the world begins. This sensation is known as the embodied self. But we can also (rather easily) trick our brains into believing that something inanimate is in fact one of our appendages. Try the infamous rubber hand illusion and see it for yourself.

The perspectival self allows us to experience the world from a first-person point of view. But there are also certain contexts where this perspective can be disrupted. There’s even cases in which our point of view, or the mind’s eye, can appear as if it is operating outside of us.

One example of this shift is known as depersonalization disorder — a condition in which people feel they are watching themselves go about their lives. Individuals with this disorder often say they feel  disconnected from reality and are moving through life on autopilot. Depersonalization experiences usually co-occur with traumatic events, or prolonged severe stress.

Out-of-body experiences can also feel like a significant deviation from our typical sensation of selfhood. In these cases, an individual may feel their first-person perspective is hovering over their body. Some people describe these experiences as viewing themselves in the third person.

The volitional self, as Seth describes, is related to feelings of agency and free will. Human beings, like any other organisms, have to interact with their environment in a way that ensures their ongoing survival. While human beings cannot consciously control the internal states of their body (i.e. heartbeat, bowel movements, adrenaline levels), they can control which actions they take to ensure their survival. Theorists suggest this inherited ability may be inextricably linked to our feelings of agency.

But certain clinical conditions are known to disrupt the intuition that we can dictate our own movements and decisions. People with schizophrenia, for instance, may have trouble recognizing their own actions. Additionally, those with alien hand syndrome feel that one or several of their limbs are alien and can move on their own.

The narrative self is associated with the autobiographical nature of our memories. Scientists have observed that dementia and other neurodegenerative conditions can have significant effects on our narrative notions of selfhood. As these diseases advance, memory and other cognitive functions can decline. Patients commonly forget careers, family members and meaningful life events. In some cases, people even experience drastic personality changes.

The narrative self can also be altered quite dramatically when we experience what is known as a flow state. People can enter a flow state when performing tasks so extensively practiced that their movements or thoughts become automatic. Such activities include playing sports, using musical instruments or even meditating.

Finally, the social self relates to the roles we play in different social contexts and how we perceive others perceiving us. As deeply social creatures, most people spend a lot of time considering others’ opinions of us. We crave connection and validation among our peers. Some researchers might even argue that without other people around us, we couldn’t form a concept of self.

Overall, researchers don’t fully understand the mechanisms behind these various aspects of selfhood. Recent studies have delivered important insights, though. For example, neuroimaging has suggested that we use structures within the default mode network (which activates during rest and mind-wandering) to process inner narratives and social interactions. As with past work on the social self, some scientists claim that we must look beyond the mind — examining the entire body, along with one’s surroundings, may be necessary to truly understand our ourselves.