The Mighty Power of Blogosaurus? 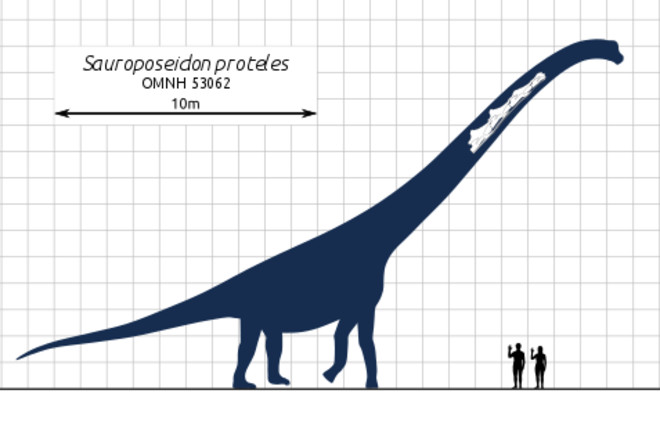 Over the past few days, I've been following a tale of paleontological woe with a surprisingly happy ending.

Matt Wedel, a paleontologist, has been blogging about his experience with a television show on the Discovery Channel called Clash of the Dinosaurs. It didn't go well. The producers edited Wedel's interviews to turn his words around 180 degrees. For example, remember that old notion of big dinosaurs having a second brain along their spinal column? Not true! Wedel explained this, but if you tune into the show, you see Wedel essenitally saying, True!

Wedel understandably flipped out. He complained to the producers and got back a non-apology that just made him angrier. He was transformed into the terrible Blogosaurus, and with his resonant nasal cavity he let out a clarion call for his fellow blogosaurs to stampede the production company

I've heard this sort of story many times before, and this is where it usually ends. Blogosaurus slinks back to his office and sulks.

But today the story has another ending. Wedel now reports that someone from the Discovery Channel called him up and is going to make things right. I can only guess that blogs do actually make a difference some of the time. Or maybe just this once.

Still, I find this story heartening, because I find science on television to be so vexing. We're at the point now where all the pieces are in place for some utterly exhilarating programs. We've got awesome computer graphics. We've got lightweight HD cameras that people can bring to out-of-the-way places. We've got scientists ready to give their time and expertise. We've got all sorts of innovative ideas about how to make documentaries. Sometimes they add up into good science shows, but rarely great ones. And too often we end up with Clash of the Dinosaurs, or worse.

There are three kinds of terrible science shows on television.

1. The sleepy, dutiful schlep. Just because a show is accurate doesn't mean that it's worth watching.

2. The show that's crazy from the start. Exhibit A: Nostradamus 2012. Just full-goose bozo from scene one, and spreading misinformation far and wide.

3. The show that could've been a contender, instead of a bum, which is what it is. Wedel's experience is a good example of this category. The show sounded great to Wedel when the producers described it to him. But along the way, somebody got the idea stuck in his or her head that it would be so cool for dinosaurs to have a second brain. It would look great. And so great effort and editing was undertaken to achieve that dream--with no apparent interest in whether it was actually true.

I've been involved peripherally in some television science shows. In some cases, the producers and I were totally on the same wavelength. I helped them make their shows accurate and clear, and they understood what I was getting at. In other cases, I got stuck in Category Three situations. I had to explain again and again why something in a script was just totally wrong. I wanted to rig up an electrified fence around the falsehood to keep the producers from sneaking back to it. The producers in these particular cases, I suspect, really do just care about the good look--or, rather, they don't want to spend the time making the truth look good instead.

Wedel has had a small victory in Category Three. The DVD of Clash of the Dinosaurs will get right what the broadcast version got wrong. Wedel's experience shows that scientists and audience members can have an effect on science TV. And I suspect that it also shows that deep down, television producers know that they can't do science shows without scientists. (Although there's always the chance they'll turn to pseudo-scientists.)

Still, it would have been nice for the show to have been right from the start--and not just right, but to convey how scientists do science. Some have argued that the only way to be sure you don't get involved in a turkey is to get lawyerly. Get the final approval on all your material in writing.

It's good advice, up to a point. At best, it leads to a hostile detente between scientists and producers. If scientists just crouch in their offices, ready to thwack any passing television producer with legal documents, I don't think we'll see a blossoming of great science TV any time soon. For that to happen, there will have to be deeper partnerships, in which TV folks recognize what science is actually about, and scientists will leave their staid jargon and lecturing styles at the studio door and spend some serious time thinking about what documentaries can achieve.

In the meantime, as my fossiliferous friend Chris Norris notes, there's always Wikipedia.