The Man Who Lost His Language Overnight

One day, a 70-year-old man woke up speaking a language his wife couldn't understand. 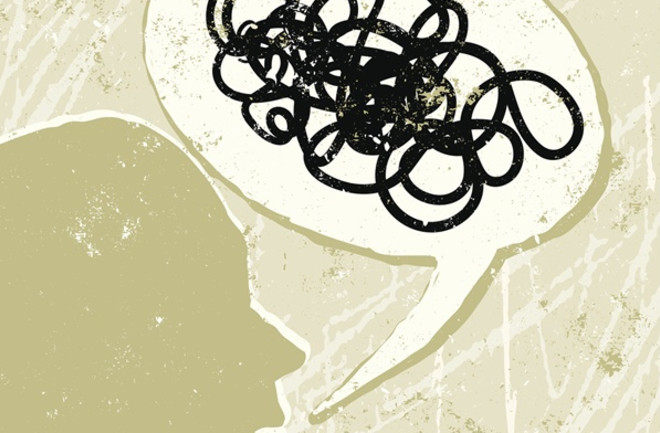 Paul arrives at the emergency department by ambulance. Paramedics wheel in the 70-year-old on a stretcher and help him sit on the edge of a bed. He’s wearing an oversized T-shirt and paint-splotched pants. His arms are crossed, and he’s staring at his shoes, as if giving the room the silent treatment.

Paul speaks no English, only Portuguese. Through a translator, he says with a sneer that his wife, Janet, called the ambulance. “I am fine,” he says. “You need to let me go home.” He curses in Portuguese.

Since yesterday, Paul has been acting strangely and has seemed confused, alarming Janet. This morning, she called from work to check on him and couldn’t understand a word he was saying. “He was talking funny,” she says in English. She called 911.

Confusion can happen for a lot of reasons, such as head trauma, stroke, seizure, drugs, infections, blood pressure changes or electrolyte disturbances like low sodium. Anything that makes you sick can make you confused.

My first challenge is to determine what parts of Paul’s cognition have been affected. I perform a complete neurological exam. Everything is normal.

When no cause is obvious, it’s helpful to talk with friends and family who know a patient well. They might have noticed behavioral changes that can help with making a diagnosis.

When Paul sees Janet, he starts yelling at her in Portuguese. The interpreter is in another room, so I ask Janet to translate. But she can’t help me.

“No,” she says, “and Paul rarely does. Paul speaks English.”

Paul has spoken English fluently for 50 years. He came to America from Portugal as a teenager. He earned an undergraduate degree at an American university and wrote his master’s thesis in English. Before today, he spoke Portuguese only during occasional phone conversations with family in Portugal.

I immediately suspect aphasia, a medical term for the loss of language ability due to brain damage. The main types are expressive aphasia, or trouble speaking due to damage to the brain’s frontal lobe, and receptive aphasia, trouble understanding language because of damage to the temporal lobe. Aphasia is often seen in patients with late-stage dementia, but when the condition happens suddenly, stroke is the usual culprit.

We roll Paul to the MRI suite to scan his brain. It shows no structural damage to brain tissue, no evidence of a stroke.

On rare occasions, migraines cause aphasia, but symptoms typically last less than an hour. Paul’s aphasia has lasted at least a few hours at this point.

Another possibility is that Paul had a seizure. Most people think of seizures as full-body convulsions, known as a generalized seizure. Another type, called a focal seizure, arises from a particular brain region without affecting the rest of the cerebral cortex.

Paul’s aphasia could be explained by seizures in the language areas of his frontal or temporal lobes. To check, we order an electroencephalogram (EEG), which records electrical activity in the brain and displays it on a monitor. The data can then be analyzed for abnormal activity suggestive of seizures. But the EEG comes back normal.

Could Paul be faking it? Janet raises the question. They’ve been arguing a lot; perhaps he’s acting out to punish her.

It isn’t adding up. If he’s faking, Paul’s performance is too perfect to be believed. He would have slipped up by now, accidentally responding to an instruction in English, his primary language for half a century. I’m convinced his sudden aphasia is not an act, yet the tests for acute causes of his condition are negative.

What if the onset of Paul’s loss of English was not sudden, but gradual? Family and friends often are wrong about when a patient’s symptoms began. It’s not their fault: Many chronic diseases progress slowly, and symptoms often aren’t noticeable until they hit a tipping point. But if you press them to recall someone’s subtle behavioral changes, they may remember something that hints at an earlier onset of symptoms.

When I ask Janet about changes over the past year to Paul’s memory, language or behavior, she comes up empty.

“What about over the past few weeks or days? Anything out of the ordinary?”

“Well, we’ve been arguing a lot over the past few days. He’s just been so stressed lately.”

Stress is normal. Everyone experiences it. But in rare cases, stress can be a manifestation of brain damage. Just as there is a brain circuit for language, there’s one for emotion, called the limbic system. Damage to the limbic system can cause anxiety and agitation. Overnight, it can turn a relaxed person into someone who is angry and contentious.

Paul and Janet have seldom argued during their 40 years of marriage. But, Janet says, just days ago, something changed. “It came out of nowhere,” she adds.

While Paul’s switch to Portuguese developed overnight, it was preceded by a change in his behavior that lasted days — his language switch and agitation must be related. But it’s not simply the proximity in timing. It’s also the proximity of brain anatomy: Located deep within the temporal lobe, the limbic system sits right beside our language circuitry. Because the language circuitry depends on the proper functioning of the limbic system and because of their close proximity, an illness affecting one system could easily affect the other.

What disease spreads in a matter of days? A stroke or seizure shows symptoms in minutes. At the other end of the scale, chronic degenerative diseases like Alzheimer’s take years to develop. Infections and autoimmune disease symptoms fall between those two extremes.

We decide to do a lumbar puncture, or spinal tap. We draw cerebrospinal fluid (CSF) from the lower back with a needle. When the brain is inflamed or infected, the CSF teems with immune cells or pathogens. By testing the CSF, we can find the inflammation or identify the bug. We perform the procedure and test the fluid.

Indeed, Paul has an infection: the herpes virus.

Herpes in the Brain

Herpes is a sexually transmitted disease that lies dormant in many people. When active, it can manifest as cold sores around the mouth. On rare occasions, the virus infects the nervous system. It colonizes the deep temporal lobe, setting the emotional circuitry ablaze in a condition known as limbic encephalitis, which can cause aphasia as the disease spreads.

Problem in the Temporal Lobe: Paul’s limbic system, responsible for basic emotions and memory, and one of his brain’s language centers (dark green) became infected with a virus, causing him to become argumentative and unable to speak English. (Corbac40/Shutterstock)

That’s what happened to Paul. The virus first infected his limbic system, causing him stress that manifested as arguments with his wife. As Paul slept, the virus likely attacked his temporal lobe, running rampant through his language circuitry. By morning, he could speak only Portuguese.

In rare cases, aphasia affects bilingual people by knocking out only one language. A person’s native language, which is the first one they learn, has brain circuits more entrenched and developed than languages learned later in life. If only a small amount of brain tissue is damaged, as it was in Paul’s case, the native language can be spared while the second language is snuffed out.

After admitting Paul to the hospital, we treated him with acyclovir, the antiviral agent typically used for herpes. Over his 21-day hospital stay, Paul’s mood and his English got dramatically better. He had no memory of being unable to speak English; the limbic system also includes the hippocampus, the memory center. It’s common for people who have experienced this condition not to remember the episode.

Weeks after Paul was released from the hospital, I saw him and Janet in my office. She was elated by her husband’s progress. After witnessing their fights, I was struck by how well they got along. There was no sign of conflict. Janet told me the key is effective communication. She looked to Paul for confirmation.

Janet smiled at me. “Almost never.”