The Look of Lust

Sex may be basic, but neuroscience suggests that desire can seduce the whole brain. 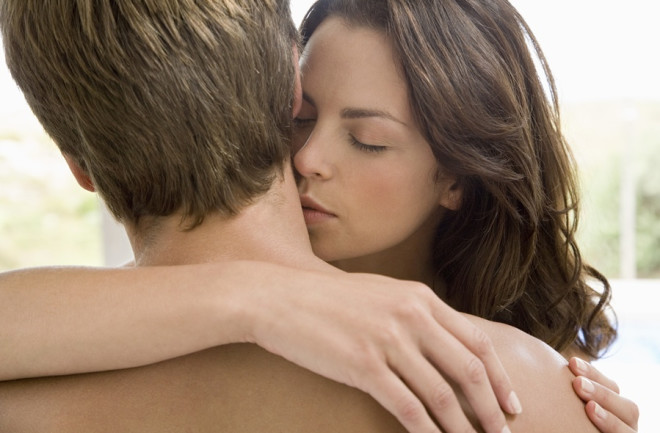 On April 11, 1944, a doctor named T. C. Erickson addressed the Chicago Neurological Society about a patient he called Mrs. C. W. At age 43 she had started to wake up many nights feeling as if she were having sex—or as she put it to Erickson, feeling “hot all over.” As the years passed, her hot spells struck more often, even in the daytime, and began to be followed by seizures that left her unable to speak. Erickson examined Mrs. C. W. when she was 54 and diagnosed her with nymphomania. He prescribed a treatment that was shockingly common at the time: He blasted her ovaries with X-rays.

Despite the X-rays, Mrs. C. W.’s seizures became worse, leaving her motionless and feeling as if an egg yolk were running down her throat. Erickson began to suspect that her sexual feelings were emanating not from her ovaries but from her head. Doctors opened up her skull and discovered a slow-growing tumor pressing against her brain. After the tumor was removed and Mrs. C. W. recovered, the seizures faded. “When asked if she still had any ‘passionate spells,’ ” Erickson recounted, “she said, ‘No, I haven’t had any; they were terrible things.’ ”

Mrs. C. W.’s experience was rare but not unique. In 1969 two Florida doctors wrote to the journal Neurology about a patient who experienced similar spells of passion. She would beat both hands on her chest and order her husband to satisfy her. Usually the woman would come to with no memory of what had just happened, but sometimes she would fall to the floor in a seizure. Her doctors diagnosed her with epilepsy, probably brought on by the damage done to parts of her brain by a case of syphilis. More recently, in 2004, doctors in Taiwan described a woman who complained of orgasms that swept over her when she brushed her teeth. Shame kept her silent for years, until her episodes also caused her to lose consciousness. When the doctors examined her, they diagnosed her with epilepsy as well, caused by a small patch of damaged brain tissue.

Each of these stories contains a small clue about the enigmatic neuroscience of sex. A hundred years ago Sigmund Freud argued that sexual desire was the primary motivating energy in human life. Psychologists and sociologists have since mapped the vast variations in human sexuality. Today pharmaceutical companies make billions bringing new life to old sex organs. But for all the attention that these fields of research have lavished on sex, neuroscientists have lagged far behind. What little they knew came from rare cases such as Mrs. C. W.’s.

The case studies do make a couple of things clear. For starters, they demonstrate that sexual pleasure is not just a simple set of reflexes in the body. After all, epileptic bursts of electricity in the brain alone can trigger everything from desire to ecstasy. The clinical examples also point to the parts of the brain that may be involved in sexual experiences. In 2007 cognitive neuroscientist Stephanie Ortigue of Syracuse University and psychiatrist Francesco Bianchi-Demicheli of the Geneva University Psychiatric Center reviewed the case of Mrs. C. W. and 19 other instances of spontaneous orgasms. In 80 percent of them, doctors pinpointed epilepsy in the temporal lobe.

The temporal lobe is still a big piece of real estate, though. To zoom in on the regions associated with sexuality, neuroscientists needed to scan people’s brains while they were having sex-related thoughts. But using brain scans to study sex is not easy. Most brain imaging technology works the way cameras did in the 19th century: If you want a clear picture, you have to hold very still. Even then, brain scans provide meaningful information only in carefully designed experiments. If you want to find the parts of the brain that are crucial for reading, for instance, you can’t just take pictures of people’s brains as they read; the visual cortex carries out many functions other than reading. Scientists therefore have to craft experiments that allow them to compare what happens to brains during reading with what happens when people look at random strings of letters or checkerboard patterns. The same precision is required to study sex in the brain.

As a result, the first imaging studies of sex in the brain have appeared only in the past few years. Serge Stoléru, a neuroscientist at Pierre and Marie Curie University in France, published one on sexual desire in 2003. He and his colleagues showed a series of pictures and films—some erotic, some ordinary—to 15 men. To record the activity in the subjects’ brains, the scientists used PET scans: They injected radioactive tracers into the volunteers and then tracked how the tracers moved in the brain. The radioactive signal accumulated in areas where neurons became active, as their energy was replenished by the surrounding blood vessels.

Eight of the men were ordinary, sexually speaking. The other seven suffered from hypoactive sexual desire disorder. People with this condition rarely experience sexual desire or have sexual fantasies. Stoléru and his colleagues found clear-cut differences between the two groups. In particular, a patch of neurons near the front of the brain—a region called the medial orbitofrontal cortex—was active in the desire-impaired men but quiet in the normal ones. Among its jobs, the medial orbitofrontal cortex keeps our emotions from getting out of control. Perhaps men with hypoactive sexual desire disorder couldn’t feel desire because their brains were keeping their emotions bottled up.

Unfortunately, PET scans take several minutes to capture a single image. A lot can happen in that time, especially when sex is involved. So Stoléru and other scientists have switched to a faster method, functional MRI (fMRI), which monitors the flow of blood to active neurons by measuring levels of oxygen in the brain. This technique can capture an image of the working brain in just a couple of seconds and locate areas of activity down to a millimeter or so—about one-twentieth of an inch.

Using fMRI, scientists have pinpointed a number of regions of the brain that kick in when people feel sexual desire. As expected, several of them are in the temporal lobe. One of those regions, the amygdala, orchestrates powerful emotions. Another, the hippocampus, manages our memories. It may become active as we associate sights and smells with past sexual experiences. But despite what Freud thought, sexual experiences are not just a matter of primal emotions and associations. The parts of the brain that light up in the fMRI scans include regions that are associated with some of our most sophisticated forms of thought. The anterior insula, for instance, is what we use to reflect on the state of our own bodies (to be aware of the sensation of butterflies in the stomach, say, or of lightness in the head). Brain regions that are associated with understanding the thoughts and intentions of other people also seem linked with sexual feelings.

Even fMRI studies are not fast enough to catch the flow of activity, however. They cannot tell us which regions of the brain become active first, which later. So Ortigue and Bianchi-Demicheli are updating one of the oldest brain-monitoring technologies. For decades scientists have taped electrodes onto people’s scalps to record their brain activity and create a readout called an electroencephalogram, or EEG. In the past this approach offered a blurry picture of what was going on in the subject’s brain. An electrode on the scalp can pick up electrical activity only after it has spread beyond the skull, getting weakened and smeared along the way. But the EEG process is fast; it can capture 1,000 snapshots a second.

In recent years scientists have dramatically improved the power of EEG by writing computer programs that compare recordings from multiple locations around the head and then calculate which regions of the brain are producing the signals. These programs can home in on regions just a few millimeters across, nearly as close as fMRI.

Ortigue and Bianchi-Demicheli put the improved EEG to the test by placing a set of 128 electrodes on a group of healthy volunteers and showing them pictures of people in swimsuits. On average, Ortigue and Bianchi-Demicheli’s subjects needed about 0.4 second to become aware of whether a person looked desirable or not and press a button. But in that 0.4 second, a lot happened in their brains. Some parts became active, then quiet, then active again. Other parts went through a different series of changes. (For more on Ortigue’s research, see “Smart Love.”)

Ortigue and Bianchi-Demicheli suspect that several different parts of the brain are analyzing the information coming in from the eyes and influencing the final response. In some cases the flow of information goes from the bottom up, as signals from the visual cortex and the emotional centers move to the higher regions of the brain. But the influence also goes from the top down. The higher regions may be priming the visual cortex to be more sensitive to certain kinds of information—in essence, instructing the eyes on what kind of person looks sexually desirable. The brain regions that handle self-awareness and understanding others may also be telling the emotional centers what to feel. All this happens in about half a blink of an eye, with many of the details of how it unfolds still quite obscure.

Which is to say, we still have a lot to learn about sex. But at least we are far beyond the days of Mrs. C. W.

We’re Not Alone: Animals Suffer From Mental Health Issues Too