The Innate Urge to Rebel: How Age, Gender and Curiosity Can Fan the Flames

Rebellion is a complex human behavior that often begins at a young age. Research shows why it might natural rise up and fade away with age. 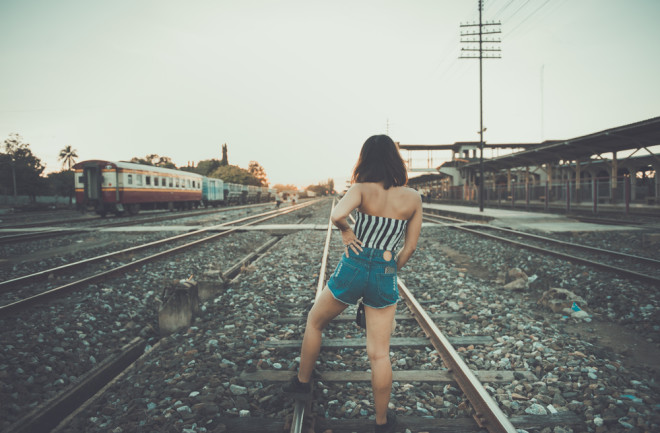 Remember not being able to stay up past your bedtime when you were a kid?  Being told to not eat junk food, or to stay away from fire? You were forbidden from doing something, but your curiosity peaked, you wondered why you’re being stopped. Maybe you secretly tried doing it anyway.

Rebellion seems to be one of those characteristics that exists in us from a very young age. The world seems fresh and new, with the words ‘why’ and ‘why not’ ready to fire off the tip of our tongue. The urge to rebel might lie naturally within us, stemming from the root of curiosity. Ultimately, social and political systems and the way we live our lives influence that curious nature within us, and what we do with it.

The Urge to Rebel

In 1966, scientist Jack W. Brehm was fascinated by human resistance to social influence, and that interest led to the formulation of a theory. The reactance theory describes the unpleasant feeling that emerges when people experience a threat to behaving freely. It’s when our brain wants to rebel in order to guarantee that we're free to do whatever we want to do with our own lives. Imagine flying a spaceship and your captain tells you to poke all the buttons except the big, red one. And the pilot doesn’t tell you why. Chances are, you’ll want to press the red button to find out. This type of urge to rebel and do the opposite of what we’re told could be an effort to regain a sense of control over a situation where we feel we have lost control. according to a 2015 report analyzing years of research on this theory.

Consequently, caregivers and parents of children use the oldest trick in the book: reverse psychology. This entails trying to make someone do what you want by asking them to do the opposite, and expecting them to disagree with you. Scientists also call it strategic self-anticonformity, because you’re asking for something that is the opposite of what you really want. Parents and guardians often use this tactic to make children listen to them, or follow a set of instructions they put forward. In this case, utilizing reverse psychology combats the rebellious response that people may have.

Researchers have identified some variation between gender roles and rebellion. When it comes to the trait of agreeableness (which typically involves cooperation, maintenance of social harmony and consideration of the concerns of others), “women consistently score higher than men on agreeableness and related measures, such as tender-mindedness,” according to a 2011 report that analyzed past research in relation to the big five personality theory.

Senior therapist and author Sally Baker says this gender trend stands true in her research. “Many people are compliant and do what they are told. This is more common with women who are encouraged implicitly or explicitly to be compliant,” she says. Baker continues saying that fortunately, everything that is learned can be unlearned. “Young women can be taught how to increase their ability to say ‘no’ more frequently by placing and strengthening their boundaries around their own needs,” she says.

Human parents and caregivers tend to pass on specific sets of instructions and rules to children. One 2017 study at Ohio State University showed that when adults and children were required to memorize certain shapes shown to them on a screen, and identify the shape on a separate screen, “children were much better than adults at noticing when the non-target shape changed.” Children would pay attention to shapes they weren’t required to notice,  whereas adults tended to focus only on what they were told was needed in the instructions of the experiment. It may be that in our initial years, we are naturally rebellious, curious, questioning and it is the societal worldview and social pressures of conformity that slowly decrease our rebellious natures over time.

Guardians commonly call adolescence the most rebellious stage of raising someone. Baker says that “adolescence is the perfect storm for feeling rebellious. This is the time when there is a growing realization of the fallibility of the adult caregivers in their lives, together with their increasing impetus to forge their own path.” She elaborates that even hormonal changes can add to their sense of urgency and cause dissatisfaction and frustration with their immediate circumstances. This is a period of personal growth when unfairness, human limitations and even international corruption can fuel a young person’s sense of righteous indignation and rebellion. “This healthy response to the status quo is part of what fuels each generation's revolutionary drive to make changes,” she says.

With reference to Baker’s observations, adolescence may be the rawest form of exhibiting human rebellion. It is the first time your worldview slowly starts belonging to you. The rose colored lenses fall off. It’s an era of one’s life before one has lived long enough to succumb to the belief of “this is just the way things are.”

History and research has shown that young people in any era are predisposed to shake up the established order. It may be that growing older and adjusting to living as an adult in our world’s systems is what dims our roots of rebellion. While it can’t be generalized, people seem to question less as they grow older past the age of adolescence.  That trend begs the question: Does growing older and building a life on one’s own terms mean it is inevitable for your natural curiosity to dim? The research suggests that may be the case — unless, of course, you rebel against the trend.