People used to think that nerves were literally pipes, conveying impulses in the form of pressure waves of water. Even 100 years ago, this 'hydraulic' view was still influencing psychologists such as Freud, with his ideas about mental pressures building up inside the brain. 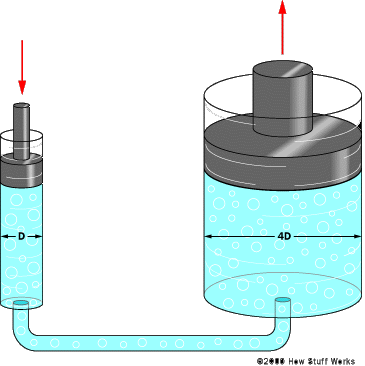 Still, after physiologists Hodgkin and Huxley explained nerve conduction as an electrical phenomenon in 1952, the hydraulic theory was killed off forever. ...or so we thought. But it's back from the dead, in the form of a quite remarkable paper in the remarkable journal Medical Hypotheses: Impulses and pressure waves cause excitement and conduction in the nervous system The German authors, Barz, Schreiber and Barz, argue that:

The elastic properties of cells, nerve and muscle ﬁbres allow mechanical impulses to be carried (comparable with the blood pulse in the arterial vessel system), and therefore they can conduct energy or information.

Orthodoxy holds that as an electrical impulse travels down a nerve, it triggers a local flow of sodium ions into the cell, via voltage-gated ion channels. Since sodium ions have an electrical charge, this flow generates a voltage, and propagates the impulse. Barz et al reinterpret all this. They propose that intracellular pressure causes ion influx, and this in turn increases intracellular pressure, because water follows the ions into the cell by osmosis:

The impulse wave stretches the membrane, which signiﬁcantly reduces its resistance for ions. So, the ‘‘explosive’’ inﬂux of sodium ions (with associated water) into the cell can create or can reinforce a mechanical impulse.

On this view, all the electrical fields are merely a side-effect. "Voltage-gated ion channels", they say, are actually pressure-gated, and open in response to mechanical forces. I never thought I'd live to see the day that "Voltage-gated ion channels" was put in scare quotes. When it comes to explaining synaptic transmission between cells, Barz et al are rather vague, but they seem to suggest that this, too, is mechanical, and that neurotransmitters are unimportant. They conclude by admitting that there is no direct evidence for any of this, but:

Until now it appears that scientists have not had a sufﬁcient stimulus to prove the pressure wave theory, but the authors hope that this paper may give this.

I have to say this is a lovely idea. It's obviously not true, not least because you can stimulate a nerve without touching it, just by applying an electrical (or magnetic) field. But it is rather cute.

Barz H, Schreiber A, & Barz U (2013). Impulses and pressure waves cause excitement and conduction in the nervous system. Medical Hypotheses PMID: 23953966