The High Stakes of Handshakes 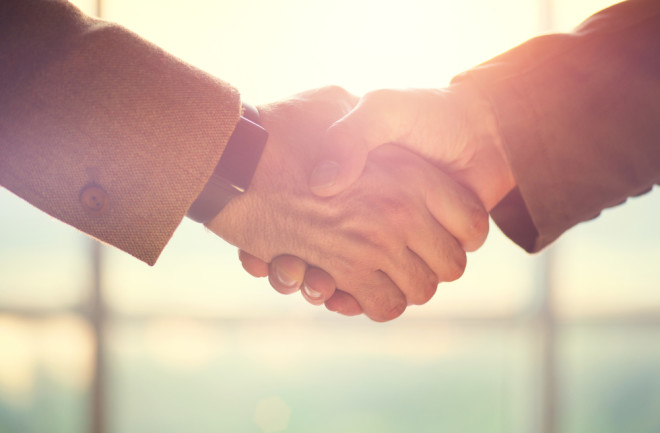 (Credit: Subbotina Anna/Shutterstock) What's in a handshake? If the widespread scrutiny of President Donald Trump's characteristic "yank and grab" is any indication, a lot. If anything, however, the recent spate of armchair psychology surrounding his handshakes says as much about us as it does about him. A handshake, done well, sets a precedent for collaboration and trust. Executed incorrectly, a sloppy handshake is a cringeworthy affair to witness. Why do we invest so much emotional capital into a simple gesture?  "The beginning of a social interaction is precisely the time when people are setting for each other how they are going to make themselves available for the other and how they expect the other to be available to them," says Michael Silverstein, a professor of anthropology at the University of Chicago. "It's something that is part of what you would call a quick social ritual, like a one-liner." Armed with this information, we feel a little more comfortable moving forward with the interaction, whether it's a pick-up game or an arms treaty. Are we really masters of handshake interpretation, though? We may think we know someone better after shaking their hand, but when it comes to reading other kinds of hidden intentions — like discerning whether our children are lying — we seem to fall short.

There seems to be some preliminary evidence for a correlation between a handshake and elements of our personality. In a study from 2000, participants, who didn't know they were being judged, shook hands with trained judges who rated both their handshakes and first impressions. Those with firmer, more vigorous handshakes received more favorable impressions, and they scored higher in terms of extraversion, openness and agreeability in a follow-up personality assessment. In a similar study from 2008, participants were greeted by a handshake judge before going through a mock job interview with a separate evaluator. Participants with better handshakes were more likely to be viewed positively, and the effect was even greater for women. Both of these studies support the assumption that we can infer general information about the other party from just a handshake. However, these studies were small — about 100 people apiece — and shy away from suggesting that we can infer intentions or specific personality traits by locking hands. The signaling may even extend to our sense of smell. One study, from researchers in Israel, found that we instinctively sniff our hands after a handshake, often without even realizing it. It is likely an attempt to pick up on compounds on their skin that could yield important information, although the researchers aren't quite sure what that is.

Handshakes also place us on common ground with new acquaintances. Another study, this one from researchers at Harvard University and the University of Chicago, examined the influence of handshakes in simulated business negotiations. Those who kicked off the meeting with a handshake were more willing to share information with each other and more likely to arrive at a mutually beneficial. A follow-up study involving job offer negotiations revealed a similar tendency — both parties were more likely to end up happy after shaking hands.

"There is a kind of comfort that results from the subtleties of greeting routines, because now we know how we can deal with this other critter," Silverstein says.

When A Handshake Goes Bad

The familiarity that a handshake engenders may also help to explain why we find failed or badly executed handshakes so cringeworthy, yet so compulsively watchable. We recoil at the transgression of social norms but feel the intuitive desire to figure out that which we don't understand.

"When a ritual doesn’t work, people are always trying to find out why it didn’t work," Silverstein says. "And that’s exactly what you have here even at the level of the everyday act." The open hand and vigorous shakes are thought to have arisen as proof that an individual carried no weapons, and constituted another means of establishing trust. When a handshake is co-opted as a means of displaying aggression and dominance, it violates the mutuality of the act, according to Silverstein. "This is a minimal kind of spatial separation of two bodies, so two bodies become joined physically, but it’s very safe," he says. "The thing that freaks most people out is the holding of the hand too long for anything that’s considered a handshake of greeting or unity and seems to be a kind of muscular struggle over who’s in control."