The Darker Side of the 'Love Hormone' 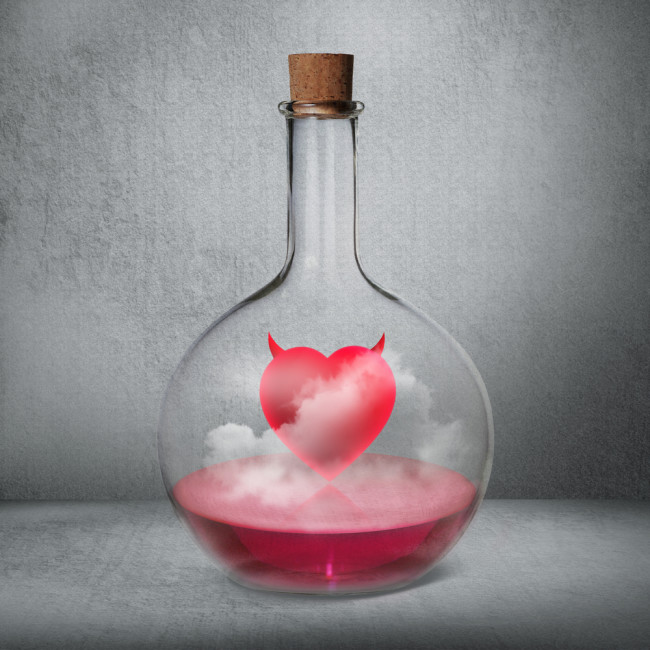 A decade ago, a revolutionary paper showed that a hormone called oxytocin can actually make us trust other people. This spawned a flurry of research that revealed oxytocin’s potential to boost social interactions. Now a new study has shown that the hormone is actually very similar to alcohol, a well-known social lubricant. However, just like alcohol, it has a dark side. In the first study, published in 2005, volunteers were asked to invest money in an anonymous trustee whose honesty could not be guaranteed. People who received a dose of oxytocin chose to invest more than those given a placebo – they were more trusting. Subsequent experiments have shown that oxytocin also leads people to become more empathetic, generous and cooperative. They become better at reading social nuances and facial expressions, believe others to be more approachable and become less fearful and anxious in social situations. Not only this, it seems that oxytocin may help to promote fidelity. Evidence for this comes most clearly in two intensively studied and closely related rodent species. One, the prairie vole, is monogamous; mated couples form close pair bonds and share nest-building and parental duties. In the other, the meadow vole, males leave the female with the babies and will try to mate again. The two species vary in their sensitivity to oxytocin. However, experiments that increase the effective sensitivity to oxytocin by increasing hormone dosage or blocking receptors in the brain can actually change pair-bonding behavior, making it easier for female prairie voles to choose a partner and turning previously promiscuous meadow vole males into monogamous, caring dads.

In our own species, oxytocin has been shown to inhibit men already in relationships from approaching other attractive women; enhance activation of the brain’s reward systems when they see their partner’s face compared to other attractive women and help couples deal positively with conflict. Along with other functions, mainly in the formation of mother-infant bonding, the rosy glow of the “love hormone” seems to know no bounds – and its potential application for helping to cement and maintain loving relationships is clear. Its effects on facilitating social interaction have made it an appealing possible therapeutic tool in patients who struggle with social situations and communication, including in autism, schizophrenia and mood or anxiety disorders. Even better, it is very easy to use. All the human studies on it use intranasal sprays to boost oxytocin levels. These sprays are readily available, including through the internet, and appear safe to use, at least in the short term – no one yet knows whether there is any long-term harm.

In the past few years, however, concerns expressed by some researchers have begun to rein in the enthusiasm about the potential applications of oxytocin as a therapeutic tool. Recent studies are showing that the positive effects can be much weaker – or even detrimental – in those that need it the most. In contrast to socially competent or secure individuals, exposure can reduce cooperativeness and trust in those prone to social anxiety. It also increases inclination for violence towards intimate partners. Although this is seen only in people who tend to be more aggressive in general, these would be the same people who might have most to gain from such a treatment, were it available. These apparently paradoxical effects are hard to explain, particularly since the brain mechanisms responsible are still poorly understood. But a new study may help to provide the answer. A team from the University of Birmingham decided to tackle the issue by comparing studies on the effects of oxytocin with those of alcohol and were struck by the incredible similarities between the two compounds.

Like oxytocin, alcohol can have helpful effects in social situations. It increases generosity, fosters bonding within groups and suppresses the action of neural inhibitions on social behavior, including fear, anxiety and stress. But, of course, acute alcohol consumption also comes with significant downsides. Aside from the health implications of chronic use, it interferes with recognition of emotional facial expression, influences moral judgements and increases risk-taking and aggression. And as with oxytocin, the increase in aggression is limited to those who have an existing disposition to it. The researchers argue that the striking similarities in behavioral outcome tell us something about the biological mechanisms involved. Although oxytocin and alcohol target different brain receptors, activation of these receptors appear to produce analogous physiological effects. Indeed, they also note similarities with how other compounds work, including benzodiazepines, which are commonly used to treat anxiety. Our understanding of how one chemical elicits its effects might thus help us to understand the action of the others. But, if this new interpretation is correct, it may presage further bad press for the love hormone. It may be that the darkening clouds that threaten to tarnish its reputation are only just beginning to gather. At the very least, it should give us cause for careful evaluation before we rush into using it as a remedy.