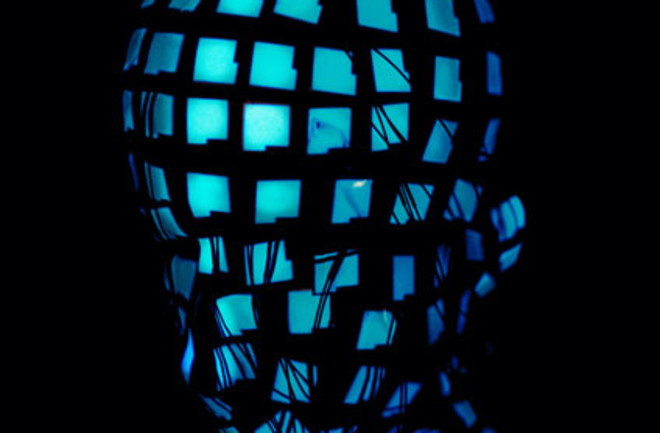 The first image in this gallery of images from Dutch artist Levi van Veluw shows the result of van Veluw covering his head with light-generating foil. Photographed in total darkness, the radiant bright blue light produced by this material defines the shape of his head. Van Veluw's photo series are self-portraits, created and photographed by himself in a completely solo process. The work simultaneously suggests visions of primitive and futuristic humankind, in the archetypal language of fairy tales.

Of his own work, Levi van Veluw writes: "The images that I make consist of often unlogical combinations of materials, patterns, colours, forms, with my head as the only constant factor. Each element is consciously chosen so as to affect a pre-determined transformation. By playing with the value of the each material and by using them for a purpose that was not originally intended for them, I construct within the image, in a very small way, a different perspective on the world."