The Brain: The Trouble With Teens

Fast driving, drugs, and unsafe sex: The risk-loving behavior of adolescents may result from a neurological gap in the developing brain. 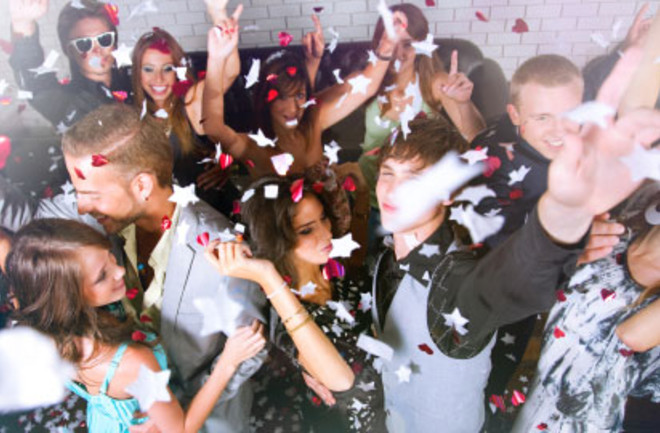 Teenagers are a puzzle, and not just to their parents. When kids pass from childhood to adolescence their mortality rate doubles, despite the fact that teenagers are stronger and faster than children as well as more resistant to disease. Parents and scientists alike abound with explanations. It is tempting to put it down to plain stupidity: Teenagers have not yet learned how to make good choices. But that is simply not true. Psychologists have found that teenagers are about as adept as adults at recognizing the risks of dangerous behavior. Something else is at work.

Scientists are finally figuring out what that “something” is. Our brains have networks of neurons that weigh the costs and benefits of potential actions. Together these networks calculate how valuable things are and how far we’ll go to get them, making judgments in hundredths of a second, far from our conscious awareness. Recent research reveals that teen brains go awry because they weigh those consequences in peculiar ways.

Some of the most telling insight into the adolescent mind comes not from humans but from rats. Around seven weeks after birth, rats hit puberty and begin to act a lot like human teens. They start spending less time with their parents and more with other adolescent rats; they become more curious about new experiences and increasingly explore their world. Teenage rats also develop new desires. It’s not just that they get interested in sex but also that their landscape of pleasure goes through an upheaval.

Miriam Schneider, a behavioral pharmacologist who studies adolescence at the University of Heidelberg, and her colleagues recently documented this shift. The scientists ran an experiment on a group of rats of varying ages, allowing the animals to drink as much sweetened condensed milk as they wanted. The amount of milk they drank, relative to their body weight, stayed fairly constant through their prepubescent youth. But when they hit puberty, they started to drink much more. Once they became adult rats, their rate of milk drinking dropped and then stayed steady as they got older.

To any parent who has observed a teenager guzzle a bottle of soda, this spike would look awfully familiar. But the behavior of adolescent rats is not simply the result of their being bigger than juveniles. Schneider and her colleagues trained their rats to press a lever in order to get a squirt of milk. The rats had to press the lever dozens of times before they were rewarded with a single sip, and each successive sip required two more presses than the previous one. This requirement allowed Schneider and her colleagues to measure just how much work the rats were willing to put in for a reward. They found that pubescent rats would press the lever much more often than rats of any other age, putting in far more work for the calories they were getting, given their size. In other words, they valued the milk more.

A number of other experiments support Schneider’s results. Whether rodent or human, adolescence makes us add more value not only to sweet drinks but to all sorts of rewards. A team led by Elizabeth Cauffman, a research psychologist at the University of California, Irvine, who studies antisocial behavior in adolescents, documented this shift with a game of cards. She and her team had volunteers play a simple gambling game with pictures of four decks of cards on a computer screen (pdf). At each turn of the game, an arrow pointed to one of the decks. The volunteers could either turn over a card or pass. Each card had a different amount of money on it—“+$100,” for example, or “-$25.” The goal of the game was to win as much of the imaginary money as possible.

The scientists had stacked the decks. Two of the decks had more losing cards than winning ones, and the reverse was true for the other two decks. When people play these games, they unconsciously shift their strategies as they see more cards. They pass more on some decks and take more cards from others. Cauffman and her colleagues tracked the strategies of 901 volunteers ranging in age from 10 to 30 years old and compared the teenagers with the other age groups. Across all ages, the older the volunteers were, the more they shied away from using the losing decks. But the scientists found a different pattern when it came to the winning decks. Adolescents tended to play the winning decks more often than adults or preteens. In other words, they were unusually sensitive to the reward of winning money but the same as others when it came to the risk of losing it.

Underlying this behavior are the neural circuits of the teen brain. Neuroscientist B. J. Casey and her colleagues at the Sackler Institute of the Weill Cornell Medical College believe the unique way adolescents place value on things can be explained by a biological oddity. Within our reward circuitry we have two separate systems, one for calculating the value of rewards and another for assessing the risks involved in getting them. And they don’t always work together very well.

Casey has tracked the workings of those dual systems by having volunteers play a game while lying in an fMRI scanner. She and postdoctoral fellow Leah Somerville showed 62 volunteers a series of smiling or calm faces. In some trials the volunteers had to press a button whenever they saw a smiling face; in other trials they were asked to resist the happy faces and instead respond to the calm ones, even though the sight of a happy face summons up the same reward-seeking responses in the brain as the sight of a dollar sign or the prospect of tasty food.

Casey tallied up how often the volunteers correctly responded to the calm faces, and how often they failed to resist the urge to press the button when viewing happy ones. Then she examined the brain scans of her subjects to see which areas of the brain became active and to see whether the age of the volunteers—ranging from 6 to 29—made a difference in their responses. Once again, the teens stood out from the others. When asked to press a button for calm faces, they became much more likely to mistakenly press the button for happy faces, too. In other words, the reward of a happy face made it harder for them to control their impulses.

The brain scans revealed how they were processing rewards differently. In teenagers only, the sight of a happy face triggered a significant response from the ventral striatum, a small patch of neurons located near the center of the brain. The ventral striatum is especially sensitive to dopamine, which produces a feeling of anticipation and helps the brain focus on reaching a goal. The ventral striatum produces bigger responses to bigger rewards, and in teens it is rigged up to an amplifier, making rewards seem more appealing still.

A separate network of regions in the front of the brain is responsible for evaluating conflicting impulses. This cognitive control network allows us to hold back an action that could deliver a short-term reward if it interferes with a long-term goal. The network grows very slowly over the first 25 years of life. As a result, it works poorly in childhood, better in teens, and even better in adults.

The trouble with teens, Casey suspects, is that they fall into a neurological gap. The rush of hormones at puberty helps drive the reward-system network toward maturity, but those hormones do nothing to speed up the cognitive control network. Instead, cognitive control slowly matures through childhood, adolescence, and into early adulthood. Until it catches up, teenagers are stuck with strong responses to rewards without much of a compensating response to the associated risks.

From an evolutionary point of view, the daredevil impulses of adolescents can be beneficial, Casey points out. Once a young mammal becomes sexually mature, it needs to leave its parents and strike out on its own. It must find its own supply of food and establish its place in the world of adults. In some mammal species, adolescence is a time for individuals to leave one group and find a new one. In others, it is a time to seek out sexual partners.

The reward system of the teenage brain may make adolescents more willing to face the risks that come with this daunting new stage of life. But with access to modern dangers like illegal drugs and fast cars, the human risks have increased. Evolution does not operate quickly enough to have reacted to such factors.

The brain’s heightened responses can also open the way for psychological troubles. Due to experience, environment, or genes, some teens may possess relatively low levels of cognitive control, making them particularly vulnerable to neurological signals of fear, Casey suggests. If the signals go unchecked, they may lead to anxiety, depression, or other disorders such as addiction. And even well-adjusted adolescents may be primed to choose the heart over the head—or, perhaps we should now say, the ventral striatum over the inferior frontal gyrus.