The Brain: The "Router" in Your Head—a Bottleneck of Processing

Researchers have a new theory explaining why a simple math problem can bring our very powerful brains to a halt. 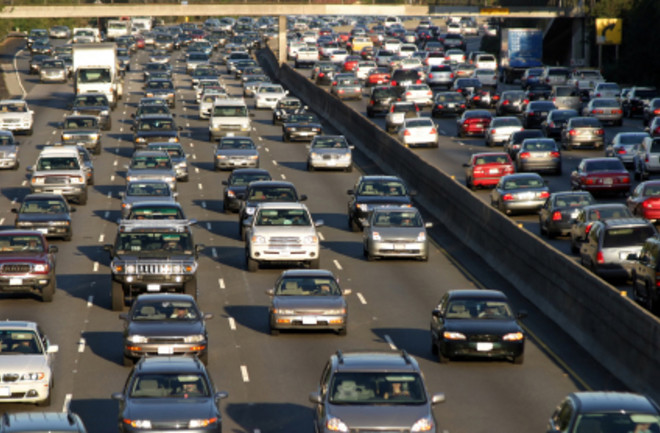 Pop quiz: What is 357 times 289? No pencils allowed. No calculators. Just use your brain.

Got an answer yet? Got it now? How about now? Chances are you still don’t. As you solved the problem one step at a time, you lost track of the numbers. Maybe you tried to start over, lost track again, and eventually gave up in frustration before you could discover that the answer was 103,173. I used a calculator to get that, I confess.

Our mutual failure is absurd. The brain is, in the words of neuroscientist Floyd Bloom, “the most complex structure that exists in the universe.” Its trillions of connections let it carry out all sorts of sophisticated computations in very little time. You can scan a crowded lobby and pick out a familiar face in a fraction of a second, a task that pushes even today’s best computers to their limit. Yet multiplying 357 by 289, a task that demands a puny amount of processing, leaves most of us struggling.

For psychologists, this kind of mental shortcoming is like a crack in a wall. They can insert a scientific crowbar and start to pry open the hidden life of the mind. The fact that we struggle with certain simple tasks speaks volumes about how we are wired. It turns out the evolution of our complex brain has come at a price: Sometimes we end up with a mental traffic jam in there.

One of the first hints of this traffic jam emerged from a 1931 study by psychologist Charles Witt Telford, working out of the University of North Dakota. He had 29 graduate students sit in front of a telegraph key and instructed them to press the key as soon as they heard a sound. Telford played sounds to the students at intervals ranging from half a second to four seconds. He found that the interval between the sounds influenced how long it took for the students to respond. If the interval was one or two seconds, it took the students about a quarter of a second to react. But if Telford reduced the interval to half a second, the students consistently slowed down on their response to sound number two. It took them an extra tenth of a second to press the key.

This result reminded Telford of the way that muscles jerk in response to electric shocks. Muscles need time to recover from one shock before they can respond to the next. If you apply a second shock too soon, nothing happens. Perhaps, he speculated, the brain needs time to reset itself after a pulse of thought before it can carry out another one.

Psychologists have been running variations of Telford’s experiment for the past 80 years, and they all get the same basic result. If we don’t have enough time between two tasks, we slow down on the second one—a lag known as the “psychological refractory period.” The dryness of the term hides its huge importance to our ordinary life. In some situations the psychological refractory period can be a matter of life and death.

Harold Pashler, a psychologist at the University of California, San Diego, ran an experiment in 2006 that shows how crucial this lag can be. He had subjects sit in a driving simulator, complete with gas and brake pedals. As they drove along a virtual road behind another car, the volunteers would hear tones from time to time. They had to call out “one” or “two” depending on the number of tones they heard. Occasionally, the car in front would put on its brakes, and the subjects had to brake as well.

Pashler and his colleagues found that it typically took just under a second for people to respond to the brake lights on the car ahead. But it took longer for them to react if they had responded to a tone within one-third of a second before the lights went on. Pashler found that, on average, the test subjects’ reaction time increased by 0.174 second. That may not seem like a big difference, but if you are driving 65 miles an hour, it translates into an extra 16 feet. That distance can mean the difference between a close call and a high-speed rear-end collision.

Psychologists have long been puzzled by the psychological refractory period because it doesn’t fit with other things we know about how the brain works. We are very good at doing many things at once. As you read this column, your brain can also manage your heartbeat, perceive the melody of a song playing on the radio, and send out complicated instructions for drinking a cup of coffee. It can do all that because it is parceled into hundreds of relatively self-contained regions. These regions can work on different tasks at the same time. Yet there are simple jobs—like math problems—that our brains can handle only one at a time. It is as if signals were flying down a 20-lane superhighway, and then the road narrowed to a single lane.

Each time we perform a task we perform it in three steps. Step 1: Take in information from the senses. Step 2: Figure out what to do in response. Step 3: Carry out that plan by moving muscles. Stanislas Dehaene, chair of experimental cognitive psychology at the College of France, and neuroscientist Mariano Sigman of the University of Buenos Aires wondered where along these steps the traffic jam arises. To find out, they designed new variations on the classic Telford experiments.

In these experiments, subjects had to decide whether a number was higher or lower than 45. In each version of the test, the scientists varied one of the three steps of the thought process to see if they could change the length of the psychological refractory period. Only when they tinkered with step 2—figuring out what response to make—could they produce a change. In that case, they showed people numbers that were either close to 45 or far from 45. When the number was close to 45, the psychological refractory period got longer.

It is a remarkable discovery when you consider that the mental activity that takes place in Step 2 includes some of the most sophisticated forms of thought we are capable of: weighing lots of information, thinking about our short-term and long-term goals, and figuring out how to meet them. We like to imagine that it is exactly this kind of thinking we do much better than other animals. But when we have any two simple decisions to make, we must wait for the first task to move through a bottleneck before taking on the second. That is what makes mental multiplication so hard. Instead of carrying out many steps simultaneously, we have to do them one at a time.

To learn more about the mental bottleneck, Dehaene and Sigman measured the activity in people’s brains. They had volunteers alternate between comparing pairs of numbers and indicating whether sounds were high or low. As the subjects carried out these tasks, Dehaene and Sigman scanned their brains two ways. In some trials they recorded the electric voltages on the scalp, and in other trials they had people lie in an fMRI scanner. Together, these scans gave the scientists a picture of brain activity that was finely resolved in time and space. In 2008 the scientists reported that during the psychological refractory period, a network of brain regions are consistently active, some near the front of the brain and some near the back.

Other experiments have shown that these regions appear to be part of a network that is important for our awareness of our own experiences. This helps explain why we are oblivious to our mental traffic jams. Dehaene and a group of colleagues recently measured that obliviousness with yet another experiment. A group of test subjects sat at a computer and carried out two tasks: They had to press a key on the keyboard if they heard a low-pitched sound and a different key if they heard a high one. Meanwhile, the letters Y and Z would appear on the monitor from time to time, and the volunteers had to press a different key for each one.

Dehaene’s team adjusted the test, making the interval between tasks longer or shorter. After each task, the volunteers had to estimate how long it took to carry it out; then the scientists showed them their actual time. After a few sessions, the volunteers got fairly good at guessing how much time had passed.

The researchers found that the psychological refractory period stopped this mental clock (pdf). If a task was stuck in a bottleneck, people did not start timing it. The brain began measuring how long a task took only after the previous task moved out of the bottleneck. Whenever a perception of a sound or a letter got stuck in the mental traffic jam, the subjects were not aware of it.

Dehaene now thinks he knows why our thoughts get stuck in bottlenecks: The neurons that take in sensory information send it to a neural network that he and his colleagues call the "router." Like the router in a computer network, the brain’s version can be reconfigured to send signals to different locations. Depending on the task at hand, it can direct signals to the parts of the brain that produce speech, for instance, or to the parts that can make a foot push down on a brake pedal. Each time the router switches to a new configuration, however, it experiences a slight delay.

Recently Dehaene tested this theory by building a model of the brain. He wrote a computer program that would track the behavior of 21,000 simulated neurons joined by more than 46 million connections. This neural network could take in two kinds of sensory information and produce two kinds of responses. And just like a human brain, if a new task came along too quickly, it could not respond until its router reset.

If Dehaene is correct, the brain’s inner traffic jam may actually reflect a cunning evolutionary compromise. We face new and unexpected decisions many times a day. We couldn’t possibly carry a separate network of neurons for every response to every possible situation. But we can learn rules, and we can use those rules to rearrange an all-purpose router. One of the deepest flaws in our brains, then, might be a by-product of one of its most impressive strengths.