The Brain: The Places in the Brain Where Space Lives

Our sense of space is crucial to our understanding of the world around us. So what happens when injury takes that sense away? 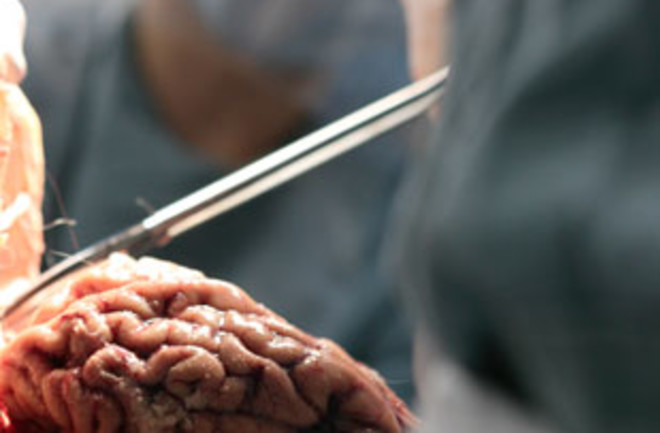 The great philosopher Immanuel Kant believed that nothing matters more to our existence than space. Every experience we have—from the thoughts in our heads to the stars we see wheeling through the sky—makes sense only if we can assign it a location. “We never can imagine or make a representation to ourselves of the non­-existence of space,” he wrote in 1781.

The nonexistence of space may certainly be hard to imagine. But for some people it is part of everyday life. Strokes can rob us of space. So can brain injuries and tumors. In 1941, neurologists Andrew Paterson and O. L. Zangwill, working in Edinburgh, Scotland, published an account of a 34-year-old patient who had been hit in the head by a mortar fragment. The injury wiped out his sense of the left half of his world. Paterson and Zangwill described how the man “consistently failed to appreciate doors and turnings on his left-hand side even when he was aware of their presence.” He also “neglected the left-hand side of a picture or the left-hand page of a book despite the fact that his attention was constantly being drawn to the oversight.” The patient could play checkers but ignored the pieces on the left side of the board. “And when his attention was drawn to the pieces on this side,” the doctors wrote, “he recognized them but immediately thereafter forgot them.”

This condition, called spatial neglect, challenges our intuitive notions of how we understand the world. But by mapping how people lose some of their sense of space, neuroscientists are gaining new insights into how we build that sense in the first place.

When scientists began to look at the injuries that cause spatial neglect, back in the mid-1900s, the results were crude. They found, for example, that many people with this condition had suffered an injury to the parietal lobe, a patch of cortical brain tissue near the top of the head that is important for many mental tasks, from paying attention to making plans. But the parietal lobe is a huge chunk of neural real estate. Saying that damaging the parietal lobe could cause spatial neglect is about as meaningful as saying that bombing New York City could wreck the financial market.

Making matters more complicated, spatial neglect can take several forms—as Glyn Humphreys, an experimental psychologist at the University of Birmingham in England, and his colleagues recently documented in a study. They gave an exam to 41 people who had suffered brain damage. Each subject received a sheet of paper with 150 line drawings of apples, only 50 of which had a complete outline. Fifty apples had a gap on their right side. The remaining 50 had a gap on the left. Humphreys and his colleagues told their subjects to cross out all the complete apples and leave the incomplete ones alone.

To probe more deeply into our sense of space, Lee Lovejoy, now a researcher at the Salk Institute for Biological Studies in La Jolla, California, wanted to study the superior colliculus, a region deep in the brain stem. Researchers have long known that this part of the brain is involved in the movement of our eyes. Lovejoy suspected that it might also be important for our awareness of the space around us.

In this case, there were only a handful of living patients with damage to this region. The superior colliculus is located next to parts of the brain stem that keep the heart beating and play other life-sustaining roles. Strokes or other injuries that wipe out the superior colliculus often wipe out those regions, too. Most of the time they don’t just leave people unable to play a game of checkers—they leave people dead. So Lovejoy and his colleagues used monkeys and a drug called muscimol, which safely shuts down parts of the brain by inhibiting neurons where it is injected. They could thus modulate the activity of healthy brains without causing any lasting damage.

Previous research had shown that in the superior colliculus, signals from the eyes get spread out into a two-dimensional map that is flipped left-to-right relative to the visual field. If a monkey sees a light in the upper-left corner of its field of view, for instance, an electrode placed in the upper right of the superior colliculus map will fire. So Lovejoy and his colleagues could selectively shut down specific parts of the visual map just by choosing where they injected the muscimol.

Lovejoy began the experiment by training two monkeys to perform a simple visual task. The animals stared at a point in the center of a computer screen. Four rings appeared, one in each corner. Three were green and one was red. The rings then disappeared and were replaced by four groups of dots. The dots in the corner where the red ring had been started moving together. If the monkey moved its eyes in the same direction, it got a squirt of juice as a reward. What made the task tricky was the distraction Lovejoy added. The dots in the corner opposite the red ring moved in the opposite direction, and the other two groups of dots moved in random directions. The monkeys had to pay attention to the red-ring corner and not be distracted by the others.

Under normal conditions, the monkeys learned how to get the test right almost every time. Then the scientists injected muscimol into the part of the superior colliculus that received signals from the eyes about the red-ring corner. Suddenly the monkeys moved their eyes in the opposite direction. Lovejoy had given the monkeys a temporary case of spatial neglect.

Experiments like Lovejoy’s on the superior colliculus, together with studies of parietal lobe brain damage, show us that both of these regions contribute to our awareness of space. A large-scale network of brain regions seems to be responsible—not surprising, given the complexity of the task. But identifying parts of that network is only a first step. Neuroscientists then have to figure out what those parts actually do and how they work together in order for us to be aware of the space around us.

Humphreys and his colleagues have taken a big step in that direction by developing a computer model of space perception. They built the model around one of neuroscience’s deepest insights into how the brain works. When we look out at the world, it may seem as if we just perceive a perfect representation of the image that shines into our eyes. What really happens is much more complex. Signals from our eyes travel to the visual cortex at the back of the brain and then move forward to other regions. Along the way, signals from important features in our visual field—strong outlines, faces, bright points of light—increase the firing of some neurons, while less important features decrease the firing of others. It can take a tenth of a second for this conversation in our brains to produce our perception of the space around us.

In Humphreys’s model, signals from simulated eyes travel to several different clusters of neurons. Within each cluster the neurons are arrayed like points on a map, with every spot corresponding to a spot in our field of view. Each of these maps is sensitive to a particular feature of what we see: color, shape, and so on. The neurons in each map then send signals to a kind of master map, which combines the information and sends feedback. In spots where it gets strong signals, it instructs the neurons from the lower maps to become more sensitive—paying more attention to a strong color, for instance. Where the input is weak, the master map may dial back the activity of the neurons.

The researchers then tested their model against real brains. They asked subjects to look at a computer screen filled with blue faces, blue houses, and red houses. In each trial, the people had to say whether there was a blue house on the screen. Humphreys measured how long it took the subjects to respond to different combinations and then presented the same challenge to the computer model.

The model behaved a lot like people do. When Humphreys and his colleagues presented a blue house amid a sea of red houses, both the model and people responded quickly. When the researchers presented a blue house surrounded by a combination of red houses and blue faces, both the computer model and people responded more slowly. And when they added more red houses and blue faces, the response slowed down even more.

If his model really was showing how our brains work, Humphreys wondered if he could pinpoint the location of the master map. His team performed fMRI scans of human subjects while they searched for blue houses. In those scans, one spot in the brain showed the same patterns of activity as the master map in the computer model. This region is a small patch of neurons on the edge of the right parietal lobe, called the right temporal parietal junction, a discovery that circles back to the original studies of spatial neglect.

The right temporal parietal junction is one of the brain regions that are often damaged in people who lose part of their sense of space. By zeroing in on that region—and by continuing to deconstruct the overall operation of the space network—neuroscientists may finally explain not only Kant’s philosophy but the very foundations of how we perceive the world around us.