The Brain Basis of Hating Cheese?

Do you find gruyère gross? Are you repelled by roquefort? Neuroscientists are now investigating why this might be. A new paper claims to reveal

The Neural Bases of Disgust for Cheese.

French (heh) researchers Jean-Pierre Royet and colleagues used fMRI to scan 15 people who liked cheese and 15 who "hated" it. During the scan, the participants were shown images of cheese and were exposed to cheese odors. The six neuro-cheeses were blue cheese, cheddar, goat cheese, gruyère, parmesan, and tomme. Mmm. 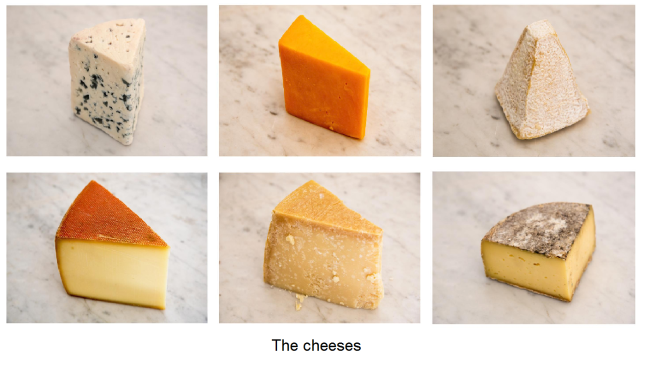 This is slightly counterintuitive as these areas are often thought to be involved in reward. The authors say that:

We suggest that the aforementioned basal ganglia structures commonly involved in reward are also involved in the aversive motivated behaviors.

On the other hand, the ventral pallidum, another reward-related region, was less activate in the cheese-haters:

Our results further show that the ventral pallidum, a core structure of the reward circuit, is deactivated in anti-cheese subjects stimulated by cheese... highlighting the suppression of motivation-related activation in subjects disgusted by cheese.

Hmm. But does this really tell us about the neural basis of hating cheese? These results may help to reveal the neural mechanisms that mediate the dislike of curdled milk, but this doesn't tell us anything about the origins or cause of the preference. This study doesn't explain why one person dislikes cheese and another loves it: to say that "you dislike cheese because it doesn't activate your ventral pallidum" is circular, it's like saying "you dislike cheese because you don't like it."