The Birds' Sixth Sense: How They See Magnetic Fields 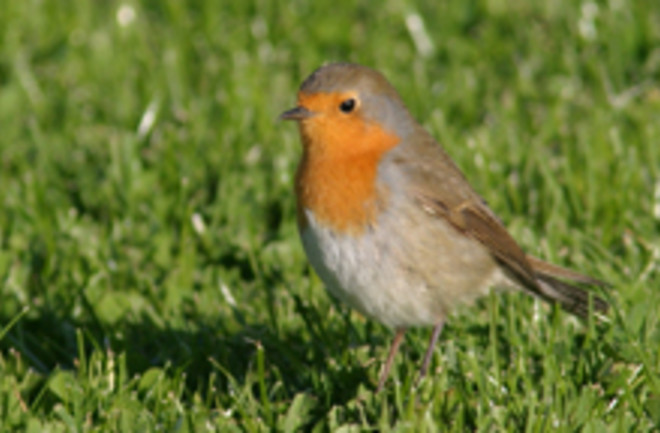 Some migratory birds that have to navigate across continents have an extremely useful tool at their disposal--an internal compass that points unerringly towards magnetic north. Researchers already knew that some birds possess these biological compasses, but their mechanism has been unclear.

“This is basically the sixth sense of biology, but no one knows how it works.... The magnetic sense is by far the least understood sense in the natural world,” [Science News]

Special proteins called cryptochromes in the birds’ eyes may mediate this light-dependent magnetic sensing, Mouritsen says. Light hitting the proteins produces a pair of free radicals, highly reactive molecules with unpaired electrons. These electrons have a property called spin which may be sensitive to Earth’s magnetic field. Signals from the free radicals may then move to nerve cells in cluster N, ultimately telling the birds where north is [Science News].

The research also laid to rest the previous theory that it was actually iron-based receptors in the bird's beak cells that sensed magnetic fields and sent the message to the bird's brain. In the study, published in Nature, the researchers tested

36 European robins and found birds with damage to ''cluster N'' were unable to orientate themselves using the Earth's magnetic field. But damage to another nerve channel necessary for a beak-sensing system had no effect [Telegraph].