The Biology of . . . Stuttering

The secret to smooth talking, neuroscientists say, is to not think before you speak

Say, "Look Mom, I don't stutter anymore!" Now say it again, dragging out each syllable until the phrase lasts 15 seconds. That's how Joe Kalinowski sounded 20 years ago, when he came home from stuttering therapy. Most experts now believe that stuttering is a neurological disorder. But back then, speech therapists believed it was a psychological problem, brought on by perfectionist parents or childhood trauma. To "cure" his stutter, Kalinowski was taught to slow his speech to one syllable per second, but the only person impressed by this was his mother. Everyone else assumed Joe was demented. 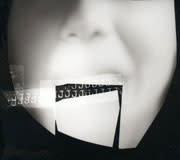 Kalinowski has since become a professor of communication sciences and disorders at East Carolina University in North Carolina, where he has come up with better ways to alleviate stuttering. By playing stutterers' voices back to them at an altered frequency, or by simply playing white noise over headphones as they talk, he and other researchers have been able to improve fluency. In the process, they have also helped unravel what's going on in the brains of stutterers and how the human brain coordinates speech and other intricate actions.

"Speech is easily the most complicated motor act humans carry out," says Frank Guenther, a cognitive neuroscientist at Boston University. When we talk, our brains must coordinate nearly 100 muscles in the face, throat, chest, and abdomen. And it all happens with lightning speed. Take the word dilapidated: five syllables comprising 11 discrete sounds, or phonemes. Enunciating it requires a lot of movement, Guenther says, "because of frequent shifts between consonants and vowels that require very different tongue shapes." Yet most people can say the word in less than a second. "That's 11 motor acts in the time it would take a gymnast to do just one," Guenther says.

The key to achieving this feat, he and other experts believe, is what's known as an internal model: a preprogrammed set of instructions that the brain calls on whenever the body performs a complex action. Internal models allow people to move quickly and assuredly without slowing down to check their progress. Imagine, for instance, that Olympic diving champion Greg Louganis is standing atop a platform preparing to do a simple flip-and-a-half, then enter the water headfirst. If gravity were weak enough to let him fall slowly, he would have time to plan, execute, and assess each part of the movement as he performed it. But gravity will pull him down in two seconds, and his brain will need 200 milliseconds for each calculation. If Louganis tries to monitor and adjust each movement, his dive will end as a belly flop. So he relies on an internal model instead, trusting it to plan and execute the dive from beginning to end.

Speech is even trickier to coordinate than athletics: The internal models for speech have to take sound into account as well as movement. "Your brain is not going for a specific position: lip here, jaw here, tongue here," says Ludo Max, a speech pathologist at the University of Connecticut and the originator of the internal-model theory. "It's going for the sound coming out correctly." What's more, Guenther adds, "We're very flexible as speakers." Stick a pebble in your mouth and the sounds still come out correctly, even though your speech muscles are thrown into an unexpected posture. And all of it is accomplished at extraordinary speed. An individual phoneme takes as little as 50 milliseconds to say. If the brain needed another 200 milliseconds to plan and verify each one, a word like indisputable would take nearly three seconds to say—a zombielike pace close to the one Kalinowski practiced in therapy.

Some neuroscientists believe that stutterers subconsciously listen to themselves as they talk, rather than relying on their internal models. This works all right at a zombie's pace, but when stutterers try to speak normally, they do the vocal equivalent of a belly flop: They get caught up in feedback loops as they try to adjust speech movements that are changing faster than the mind can follow. Eventually, Guenther suggests, a mismatch develops between what a stutterer hears and what his speech muscles are doing. "The brain will interpret the mismatch as a speech error, and the whole system will reset."

In the 1950s, an audio engineer named B. S. Lee discovered that if he played his own voice into his earphones with a time delay, his speech began to start and stop like a stutterer's. Lee published a paper on his findings, and speech pathologists began to wonder if "delayed audio feedback" would have the opposite effect on stutterers. It worked. They stuttered less. Today there are dozens of portable audio-feedback devices stutterers can use. The more affordable ones can be ungainly, with obvious microphones and earpieces. But one of the devices that Kalinowski has developed fits entirely in the ear canal.

Opinions vary on the altered-audio-feedback devices. Some consider them tremendously effective; others say their usefulness wears off after only a few months. It may be that they have the same effect as a noisy room—a situation in which most stutterers don't stutter. "In church, I had no problem with the Lord's Prayer," Kalinowski says. "But when I got up to take Communion, I couldn't say, 'Amen.'" In noisy settings, Kalinowski and Guenther suggest, the brain realizes it's receiving bizarre auditory signals and decides to ignore all auditory feedback. It "kicks everything out and goes to the internal model," Kalinowski says.

The existence of internal models is still conjecture: Neuroscientists have yet to determine how and where such models might be stored in the brain. Yet the hypothesis would elegantly explain how the brain anticipates and controls movement of all kinds, from driving to typing to talking. If there were no internal models, one study suggests, people would be able to tickle themselves: They wouldn't be able to anticipate their own actions nearly as well, so they would catch themselves off guard.

This past August, the British journal The Lancet published a study on stuttering by a group of German neurologists from the universities of Hamburg and Göttingen. The researchers took 15 stutterers and 14 control subjects, assessed their speech abnormalities, and then analyzed their brain-tissue structure with an MRI technique known as diffusion tensor imaging. The stutterers, they found, showed signs of a "cortical disconnection" in the areas of the brain that control speech. Previous brain-imaging studies had shown that stutterers also rely less on the left hemisphere of the brain than normal speakers do. That makes sense, Guenther says. "The left hemisphere is particularly good at fast computation, differences of 20 milliseconds. The fact that stutterers use the left hemisphere less may make it difficult for them to process these very fast language tasks."

Guenther hopes future brain scans will reveal more precise differences between stutterers and non-stutterers and between stutterers speaking with and without audio-feedback devices. Neuroscientists can then home in on the part of the brain that creates internal models and begin tinkering with it. "I could imagine in 20 years a chip we could implant that would perform the computations of the internal model," Guenther says. Such a chip could, with a little practice, make a stutterer fluent. Whether it could make a world-class diver out of a belly flopper is another matter.