The "Bible of Psychiatry" Faces Damning Criticism---From the Inside 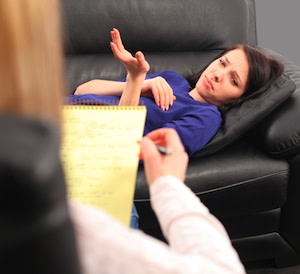 The Diagnostic and Statistical Manual of Mental Disorders, better known as the DSM, governs the tricky science of psychiatric diagnosis

. But this gold standard of diagnosis is anything but infallible: as knowledge of mental disorders grows, successive editions have had to change their definitions. The fifth version

, due to be published next year, is already drawing criticism

---and the most recent attack comes from within the DSM-5’s ranks. Roel Verheul and John Livesley, a psychologist and psychiatrist who were members of the DSM-5 work group for for personality disorders

, found that the group ignored their warnings about its methods and recommendations. In protest, they resigned, explaining why in an email to Psychology Today

. Their disapproval stems from two primary problems with the proposed classification system: its confusing complexity, and its refusal to incorporate scientific evidence.

The proposal displays a truly stunning disregard for evidence. Important aspects of the proposal lack any reasonable evidential support of reliability and validity. For example, there is little evidence to justify which disorders to retain and which to eliminate. Even more concerning is the fact that a major component of proposal is inconsistent with extensive evidence…This creates the untenable situation of the Work Group advancing a taxonomic model that it has acknowledged in a published article to be inconsistent with the evidence.

An inaccurate DSM-5 could lead to misdiagnosed patients receiving useless or even harmful treatments. But even as criticism of their proposed changes pile up, “the Work Group seems impervious.” For more details of the researchers' problems with the DSM-5, read their full message