Nope, sorry. You don’t have a lot of extra brain power just waiting for you to access it. 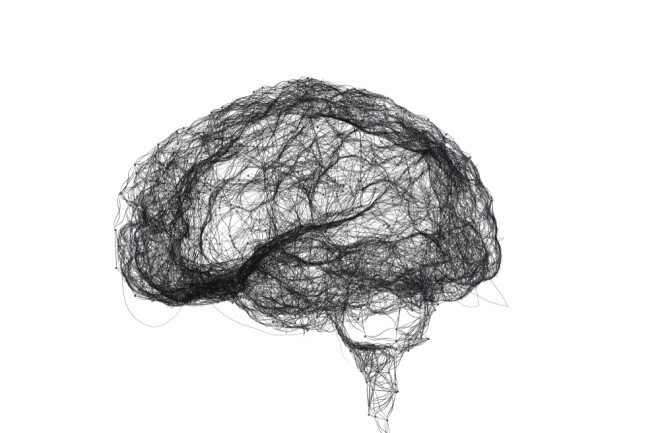 You’ve likely heard this wild (and wildly misinformed) idea in one form or another: we humans only use 10 percent of our brain. Like a horror movie monster, the myth just won’t die. Various scientists and science journalists think they’ve killed it. But as soon as they start to relax, it comes roaring back. The fact is, this notion is not even close to true.

It’s not clear how it got started. But most writers seem to think the myth can be traced back to a popular 1936 self-help book written by public speaking teacher Dale Carnegie: How to Win Friends and Influence People. And Carnegie likely expanded on a similar concept proposed by American psychologist William James.

In a 1907 article first published in Science, James wrote, “Compared with what we ought to be, we are only half awake. Our fires are damped, our drafts are checked. We are making use of only a small part of our possible mental and physical resources.” That passage certainly has flair and a bit of urgency, but it does not suggest that we use only 10 percent of our brains. It’s also not very catchy.

Probably it was the specificity of that 10 percent number, whoever first tacked it on, that made the myth go viral, as we say today. “It's quite possible that Dale Carnegie's marketing genius made that idea stickier by attributing it directly to the brain and putting a number on it,” says Sandra Aamodt, neuroscientist and author of Welcome to Your Brain: Why You Lose Your Car Keys but Never Forget How to Drive and Other Puzzles of Everyday Life.

However it started, it spread widely. “People all over the world believe it,” says Aamodt. “One survey, about 10 years ago, found that half of Brazilians believe that you only use 10 percent of your brain. I can’t imagine they were sitting around reading Dale Carnegie.” Then again, his best-seller was translated into nearly every known language.

Ultimately, the idea was gold to self-improvement gurus. “If the 10 percent myth had not existed, the self-improvement crusaders would have had to invent it,” neuroscientist Barry L. Beyerstein wrote in an article about this myth, published in the book Mind Myths: Exploring Popular Assumptions about the Mind and the Brain.

“We think that people are excited by this pseudo fact because it's very optimistic,” says Aamodt. “Wouldn't we all love to think our brains had some giant pool of untapped potential that we're not using?” The alternative, she adds, means we must face the reality of our limitations and the challenges of learning.

No Room for Doubt

Alas, the 10 percent myth is simply not true. “There is absolutely no room for doubt about this,” Aamodt says. Functional Magnetic Resonance Imaging (fMRI) has shown that all parts of the brain are active during various activities. Not all at the same time, of course. But every part of the brain has a job to do.

And neuroscientists can tell you pretty much what the various parts do. “The attribution of particular functions to particular parts of the brain got its start during World War II, which unfortunately sent a lot of people home with brain injuries,” says Aamodt. “Studying veterans and testing them to see what they could and couldn't do depending on where their brains were damaged was one of the earliest types of studies done to figure out what different parts of the brain do.”

Later, surgeons figured out which parts of the brain do what by electrically stimulating the brain during surgery to treat epilepsy. Before cutting into the brain, Aamodt explains, surgeons had to make sure they weren’t going to accidentally damage a part of the brain necessary for some important function — language, for example. They stimulated the areas around where they were planning to cut and asked the patient what just happened. “Sometimes people laughed; sometimes they remembered something that happened when they were 8 years old,” she says. “But what never happens is nothing.”

So while the brain still has its mysteries — for example, how does it create consciousness? — one thing we do know is that all of it, not just 10 percent, is on the job. That might not be bad news, though. In recent years, scientists have learned that the brain is far more plastic than we used to think, able to create new pathways for new tasks or to recover from damage. Our brains might not have huge untapped reserves, but what they do have is pretty remarkable.