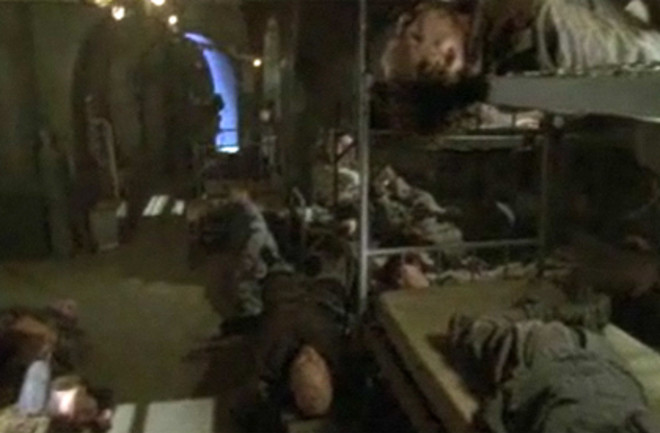 Last night's episode of Terminator: The Sarah Connor Chronicles centered on Skynet going after a non-Connor-clan target: an unborn child whose natural immunity would would one day provide a cure for a lethal bioweapon developed in the future. It would be easy to think that this would be overkill, even for Skynet -- instead of going through all the trouble of sending a terminator back through time, why not just brew up a different bioweapon? The answer is that making militarily effective bioweapons is actually quite tough. Making a bioweapon requires more than just finding a disease thats suitably lethal and contagious. You need an infectious agent that can be stored under a range of conditions for at least some time, which can dispersed effectively, and which can be made in bulk. You can't just grab one human, inject him with something at your convenience, and then send him back to infect all the rest -- this might work once or twice, but then a simple quarantine protocol for all new arrivals or escapees would drastically limit the effectiveness of the weapon. You need some way to infect lots of people in a short period of time. In the shadowy world of bioweapon development, the favored approach is aerosolization: essentially creating a spray or mist of particles containing the infectious agent, which is then inhaled directly into the lungs. This is not as easy as it sounds: a lot of agents can't be effectively aerosolized for a number of reasons, including a short life span outside a living host, or because they are damaged during the aerosolization process. (This is why anthrax is a perennial concern to those tracking bioweapons as it naturally forms robust, long-lived, and infectious spores) When the U.S. stopped developing bioweapons in 1969, it had weaponized just seven agents. The Soviet Union worked on developing another 10 or so. Given that Skynet kills so many people and animals on Judgment Day, the pool of surviving diseases to weaponize would have been sharply reduced, limiting its options. (Most infectious diseases are essentially crowd diseases. Eliminate the crowds, or the animal reservoirs a disease can persist in, and you eliminate the the disease) All this means that one bioweapon, let alone two, would be a tall order, making it valuable enough to Skynet to send a terminator into the past to protect it.