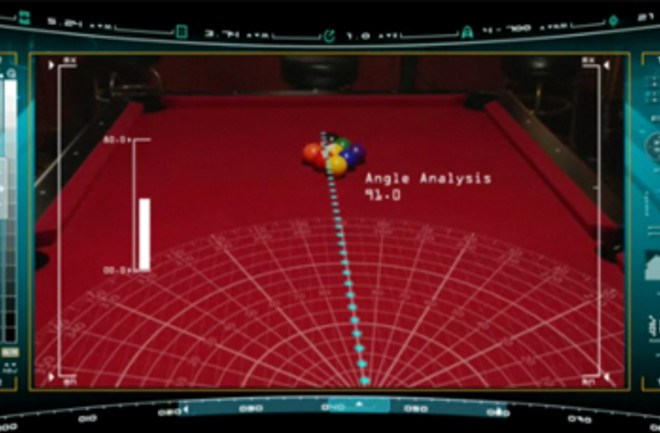 In last night's episode of Terminator: The Sarah Connor Chronicles, Cameron accepts the invitation (and wager) of a couple of security guards to play a game of pool. Having gotten close enough to scan their security badges, Cameron then proceeds to smoke them at the game, thanks to a little known pool mode in her Point-Of-View display, which, thus far, has tended to show more in the way of helpful information about the caliber of weapon she is using or instructions like TERMINATE. In the real world, enter Deep Green. Its Canadian creators at Queen's University in Ontario claim that Deep Green can already play at better than amateur level, and are working to take it up to championship skill levels. The technical challenges in building such a robot lie in teaching it how to identify the balls, work out where each ball sits relative to the pockets, aim correctly, and implement the strategies that become important at higher levels of play. These challenges have applications to many areas of robotics (a point which I am sure is quite heavily emphasized on the Canadians' grant applications), and so the game has attracted a number of research groups over the years. However, there is no word yet on building in a feature that will allow any of these machines to nonchalantly convince opponents to bet heavily while pretending it knows nothing, absolutely nothing, about pool.