Can sick people gain mental clarity just before they die? University of Virginia researchers Michael Nahm and Bruce Greyson explore this issue in a gripping (if macabre) paper published in the journal Omega: The death of Anna Katharina Ehmer: a case study in terminal lucidity. 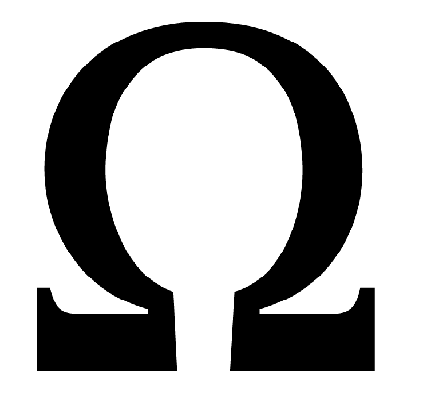 The authors discuss the case of Anna Katharina Ehmer, a German woman who lived from 1895 to 1922. Profoundly disabled, Ehmer spent most of her life in the Hephata asylum, near Schwalmstadt in central Germany. According to Friedrich Happich (1883–1951), a Protestant theologian who was something like the asylum's chaplain, Ehmer was

among the patients with the most severe mental disabilities who have ever lived in our institution. From birth on, she was seriously retarded. She had never learned to speak a single word... She gorged her food, fouled herself day and night... we have never seen that she had taken notice of her environment even for a second.

But all that apparently changed on the day that she died, from tuberculosis. Happich was called to Ehmer's bedside by Dr Wilhelm Wittneben, the asylum doctor. What happened next stunned both men. Here's how Happich described the scene:

When we entered the room together, we did not believe our eyes and ears. [Ehmer], who had never spoken a single word, sang dying songs to herself. Specifically, she sang over and over again "Where does the soul find its home, its peace? Peace, peace, heavenly peace!" For half an hour she sang. Her face, up to then so stultified, was transfigured and spiritualized. Then, she quietly passed away. Like myself and the nurse who had cared for her, [Dr Wittneben] had tears in his eyes.

Ehmer had apparently gained the ability not just to speak, but to sing an appropriate hymn for her own soul. Dr Wittneben wrote about the event as well, describing it in very similar terms. Happich later reflected on the significance of this deathbed lucidity:

Obviously, [Ehmer] had only superficially not participated in all that happened in her surroundings. In reality, she had apparently internalized much of it... she had comprehended the contents of this song and used it appropriately in the most critical hour of her life. This appeared like a miracle to us.

In other words, Happich believed, Ehmer's last hymn made him reinterpret her entire life. She had only seemed insensible - but in fact, within herself, she had understood far more than she was able to express. She had always been an intelligent soul trapped in a 'retarded' body. Happich in fact chose to title one of his accounts of the story 'When the bound spirit becomes free' ("Wenn der gebundene Geist frei wird"). Ehmer died in 1922. Not so long afterwards, the Nazis took power in Germany and began a program of sterilization, and eventually, of 'euthanasia', of the disabled. Had Anna Katharina Ehmer been alive when that time came, the Nazis would probably have ended her life as being 'unworthy of life'. Both Happich and Wittneben opposed euthanasia - although they supported sterilization. They saw the case of Ehmer (and other similar cases of terminal lucidity at Hephata) as reasons to reject the practice. Here's Happich in 1932:

I have lived through various virtually shattering experiences... Even the most miserable imbecile leads a hidden inner life which is just as valuable as my own... Often in the last hours before death, all pathological obstructions fell away and revealed an inner life of such beauty [that] the entire question of legally controlled euthanasia is completely finished.

Who has witnessed something like [Ehmer's death] will not dare to kill 'life not worthy of living.'

So, what are we to make of this? After recounting the story, Nahm and Greyson conclude that "we leave it to the reader to judge the validity of this case on its ownmerits." At first glance, we seem to be dealing with an account of a miracle - and this is, essentially, how Happich and Wittneben interpreted it. For them, Ehmer's hymn could not possibly be explained in scientific terms, and was only comprehensible from a religious perspective. The concept of an epiphany just before death goes back to the beginning of Christianity. But could a 'rational' explanation exist? We can only speculate, but there are cases of individuals, often autistic, who go years without speaking, but later demonstrate the ability. These are murky waters most of the evidence is anecdotal. It sometimes involves 'facilitated communication' (of which the Ehmer case could be seen as a kind of strange prototype). But the mere fact that Ehmer did not speak, doesn't prove that she could not speak. Further, singing may rely on different neural pathways from speech, and there are many recorded cases of people who can sing but not talk. There's even a recent story of an autistic man who can sing beautifully but barely speak at all. Perhaps, if this man had been unlucky enough to be born 100 years ago, he would have been locked in an asylum? This brings us to the question of Ehmer's brain. Dr Wittneben stated that not only was Ehmer born 'retarded', she also suffered recurrent bouts of meningitis during her life, leaving her with severe brain damage which made her singing even more inexplicable:

From a medical perspective, I am confronted with a mystery... due to the anatomical changes in the cortical brain tissue, it is not comprehensible how the dying woman could suddenly sing so clearly and intelligibly.

However, Wittneben did not seem to have spelled out what the damage was, or how he knew about it. No autopsy is mentioned, and although x-rays were available in 1922, Wittneben never seems to have referred to any, although they would have strengthened his argument considerably. In summary, I found the Ehmer case fascinating as a piece of neuro-Gothic. Nahm and Greyson have written before about terminal lucidity in the context of other diseases, and they say that the Ehmer story represents 'one of the most intriguing cases' of the phenomenon. I do not believe in miracles and this story didn't change my mind on that score. However, unless we reject the whole story as a fiction, it is surely one of those 'anomalies' that neuroscience ought to be able to account for.