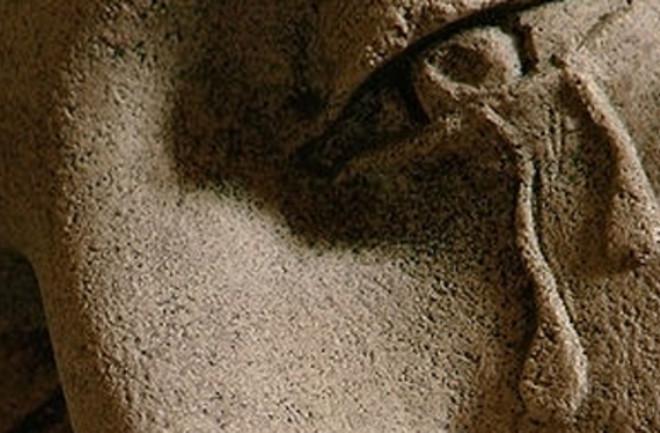 In an Israeli laboratory, Shani Gelstein is harvesting a woman’s tears. The volunteer is watching the end of the boxing film The Champ. As she weeps, she holds a vial under her eyes to capture the fresh drops. This might seem ghoulish, but Gelstein has used the collected tears to understand why people cry during emotional times. She thinks they’re a chemical signal.

Gelstein used several different techniques to show that the smell of a woman’s emotional tears could reduce a man’s sexual arousal. The men never actually saw anyone cry, and they didn’t know about what they were smelling. Even so, their sniffs reduced their testosterone levels and they lowered the activity in parts of their brain involved in sexual desire.

“Smells are an effective non-verbal means of communication,” says Noam Sobel, who led the study. “It is intuitively obvious to us that smell signals can be used to attract (sexually and otherwise). It is just as helpful to have smells that will do the opposite.” Sobel and Gelstein don’t think that this effect is unique to the tears of women, but for reasons that will become obvious later, they only studied female tears.

Many other mammals use chemicals – pheromones – to influence each other’s behaviour, and Gelstein thinks that human tears contain just such a signals. After all, they are more than simple salty secretions – they contain many proteins, fats, salts, and even traces of drugs. For example, Kazushige Touhara at the University of Tokyo found the tear glands of male mice produce a protein called ESP1 that makes females more sexually receptive.

If similar signals exist in humans, they’re very subtle ones. After collecting the tears from several volunteers, Gelstein confirmed that they had no obvious smell. Men couldn’t tell the difference between them and drop of saline that had been trickled down the cheeks of the same women.

But the drops did provoke a reaction. Gelstein asked 24 men to sniff a jar containing either fresh tears or saline, and to wear a pad on their upper lip soaked in the same chemical. Each volunteer smelled tears on one day and saline on another. Neither they nor Gelstein knew which was which until all the results were in. With the smell of tears wafting into their nostrils, the men found pictures of female faces less sexually attractive, although no more or less sad. Saline didn’t affect them either way.

In a second experiment, Gelstein asked 50 men to sniff tears or saline before watching a sad film. In this explicitly sad context, the tears didn’t influence the volunteers’ mood any more than saline did. But when the men sniffed tears, their skin became better at conducting an electric current (a sign of sweat and psychological arousal) than after sniffing saline. As before, their sexual arousal dipped afterward, according to their answers on a questionnaire. Their saliva even backed up their claims, for it contained less testosterone.

As a final test, Gelstein scanned the volunteers’ brains while they took a whiff of tears. She specifically focused on parts of the brain that are involved in sexual arousal, such as the hypothalamus, which controls several basic bodily functions, and the fusiform gyrus, which helps us to recognise faces.  She found that these areas were less active when the men watched a sad film, if they had previously sniffed tears instead of saline.

Gelstein focused on emotional tears, because they contain different chemicals to those we shed to lubricate our eyes and remove irritating substances. These differences were discovered by William Frey II around 30 years ago. However, Ad Vingerhoets, who studies emotions at the University of Tilburg says, “I could not replicate that finding twice with much more sophisticated methods.”

Even if emotional tears are different to other types, Vingerhoets thinks that Gelstein should have compared sad tears to irritated ones, as well as to saline. “It would be intriguing also to harvest ‘positive’ tears, associated with feelings such as admiration or elevation,” he says. Touhara agrees that “some important controls are missing”; for a start, he wants to see what male tears would do.

So why didn’t Gelstein study male tears?  “In one word: feasibility,” she writes. “In the West, and perhaps even more so in Israel, crying is (currently) generally more acceptable for women than for men.” She wanted to work with fresh tears and she needed people who could cry on demand. To recruit them, she placed an ad asking for volunteers who could cry regularly and perhaps unsurprisingly, the responses came almost entirely from women. Male tears, however, are top of the list for future research.

Gelstein’s study adds a new possible role for tears to an already varied list. Frey suggested that people cry at emotional times to remove chemicals that build up during stress. This is why we feel better after a good sob (and Hippocrates has a similar idea). Robert Provine thinks that they are simply a visual sign of sadness. Oren Hasson thinks that tears are a deliberate handicap. By blurring a person’s vision, they provide an honest signal of submission or helplessness, triggering sympathy from friends or mercy from an enemy.

Vingerhoets has a similar idea. He thinks that tears allow babies to influence the behavior of nearby people, after they’ve been attracted by the sounds of crying. Parents would be prompted to care for the child; strangers would feel a stronger social bond; aggressors would be appeased.

In fact, Vingerhoets thinks that the smell of tears could also make men less aggressive, which would fit with their falling testosterone levels.  Their reduced sexual arousal could just be a side effect. Sobel also says, “I expect that the signal in tears will also lower aggression (as it lowered testosterone).  Lowering aggression in the person you are interacting with is an obvious interest.” The field is clearly open for debate.

An even more contentious question is whether humans have pheromones at all. In 1998, the answer seemed to be yes. Martha McClintock at the University of Chicago found that a woman’s sweat can lengthen or shorten the menstrual cycles of other women, depending on the time of the month when the sweat was collected. She billed it as “definitive evidence of human pheromones.” And Sobel previously found that male sweat contains chemicals that influence the level of hormones in women.

Both studies seem to show that we can secrete chemicals that alter each other’s behaviour  but they have drawn their fair share of criticism. Sobel thinks the debate is “more of a semantic argument than anything else” and he wants no part of it. He makes no claims about human pheromones in the paper, and the word is barely mentioned. “There is no clear agreement of what is or isn’t a pheromone,” he says. “I prefer to stick to the important information: that tears contain a chemical (or chemicals) that sends meaningful messages to [members of the same species].  Some will call this a pheromone, and some may not.”

Does Gelstein’s study change anything? Certainly, everyone I spoke to praised its design but Touhara is still sitting on the fence until the team actually finds the specific chemical in tears that affects male behaviour. The team have already acknowledged this challenge. It’s on their list, along with all the other controls that Vingerhoets and Touhara suggested.  They want to see if the tears of men and children have a similar effect, and how tears affect people of the same gender. They want to see if irritant tears can act as signals. And they want to understand if female tears say anything besides sexual disinterest.