Taking the new out of neurons

You are not the person you used to be. Two weeks ago, the surface of your skin was covered with a completely different set of cells, which have since died and flaked off. Four month ago, you had a wholly different set of red blood cells. Since birth, your body has grown tremendously in size and much of it is constantly regenerating, replacing old cells with new ones.

But your brain is different. At birth, the part of your brain that controls your most human abilities - the neocortex - came fully equipped with 100 billion neurons. These same neurons have lasted throughout the years and still power your thoughts today.

The neocortex makes up most of the brain. Its relatively large size is unique to humans, and with good reason. In addition to controlling our bodies, its collection of neurons house our most characteristic qualities - our experiences, and our powers of language, reasoning and creativity. For this reason, the development of these neurons has fascinated scientists for decades.

Throughout our lives, the neocortex needs to change at an incredible pace as we accrue new memories and skills. One of the most hotly contested questions in neuroscience is how it copes - does it constantly grow new neurons (a process called neurogenesis), or do we have the same set from birth? For years, the question has had no hard answers because of inaccurate and easily misinterpreted research techniques. A reported sighting of newly-made neurons in primate brains fanned the flames of debate but could not be confirmed. Clearly, a new breakthrough was needed. It came from the most unlikely of techniques - carbon-dating. 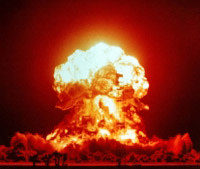 Carbon dating measures the levels of ^14C, a radioactive form of carbon found in small background levels in the atmosphere. It is a useful technique for working out the age of ancient artefacts, but it's only accurate to about 30 years and has limited use for studying living cells.

But Ratan Bhardwaj and colleagues at the Karolinska Institute, Stockholm, found a way to do this. They exploited the fact that during the Cold War, the world's superpowers busied themselves by testing their new nuclear arsenals. In doing so, they unleashed large amounts of ^14C into the atmosphere and from 1955, global levels doubled in eight years.

The Test Ban Treaty of 1963 put an end to both nuclear testing and the rising ^14C levels, which fell exponentially in the following decades. Meanwhile, the high atmospheric levels of ^14C were converted into carbon dioxide and taken in by plants. In this way, ^14C worked its way up the food chain, and some of it made it into the bodies and neurons of people alive at the time.

So, the levels of ^14C in any neuron acts as a time stamp, directly reflecting the amount of ^14C in the air at the time it was created. Because the atmospheric levels changed so much from year to year, the team could accurately work out the birthday of each cell.

Bhardwaj and his colleagues looked at the levels of ^14C in the neurons of 7 people born between 1933 and 1973. The results were unequivocal. The levels of ^14C in each person's neocortical neurons matched the levels in the air when they were born - high in those born after nuclear testing, and low in those born before it. The team studied millions of neurons, across the four distinct parts of the neocortex. Not a single one was younger than the brain that carried it. 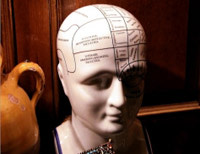 Bhardwaj did another study to confirm his sensational result. He looked at the brains of cancer patients who were injected with a chemical called BrdU before they died. BrdU is a variant of one of the four bases that make up DNA and once injected, it gets incorporated into newly-created DNA. In this way, the presence of BrdU acts as a marker for newborn cells. Again, the experiment left no room for doubt - in these patients, many different types of cell within the neocortex were labelled with BrdU, but not a single one of them was a neuron.

While Bhardwaj admits that the techniques have their limits, they are incredibly sensitive. Any new neurons missed by the two methods would account for under 1% of the neocortex's collection, and would be very short-lived. At most, the neocortex adds one new neuron every year for every 7000 existing ones. Their impact on the existing million-strong network would be insignificant.

Bhardwaj's elegant experiments bring the debate crashing down in favour of one side. It strongly suggests that all 100 million neurons in our neocortex are produced during a strict developmental window while we are still inside the womb. We are then stuck with these cells for our entire lives.

That is not to say that the brain creates no new neurons at all. On the contrary, they are most definitely produced in two specific regions - the olfactory bulb, which controls the sense of smell, and the hippocampus, a region associated with building short-term memories. But in the neocortex, stability is the order of the day.

How can a static population of neurons be reconciled with a dynamic adaptable brain that is anything but static? Without new neurons, the neocortex's vaunted flexibility must come from changing connections between existing neurons, constantly rewiring our mental circuits in the face of new experiences and sensations. When it comes to neurons, it's not how many you have, it's how you use them that counts

Bhardwaj believes that mammals have evolved a stable neural network so that we can retain important information throughout our lives; in the case of humans, that would include our vaunted language skills. Our mental network was forged through experience, but new neurons are naïve. Adding them into the mix would change the flow of currents through the existing system existing network, causing potential problems. Anyone who watched the England football team recently can appreciate the chaos that ensues when new players are unexpectedly thrust into a stable formation.

Preventing the development of new neurons in the neocortex may even have been a critical step in the evolution of human intelligence. It is deliciously ironic that rigidly fixing this number may have allowed us to become more mentally dynamic than any other animal could ever hope to be.