Success Comes Down to Skill — And a Lot of Luck 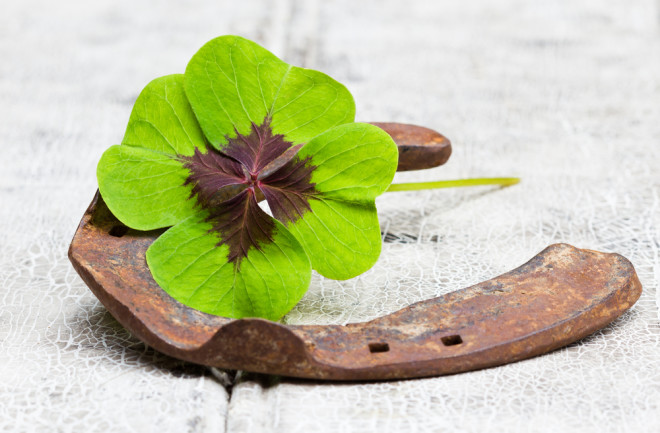 (Credit: Sonja Calovini/Shutterstock) Is it better to be lucky or good? Well, it's a trick question — you actually need both if you want to be successful. In an admittedly simplistic model, researchers from Italy's University of Catania, looked at whether talented individuals or those blessed with luck rose to the top. Though they found it took a bit of both, the distribution wasn't even. The most successful people weren't the most talented — they were simply the luckiest.

Their work was inspired by a famous economic observation called the Pareto Principle. Named for Italian economist Vilfredo Pareto, it's also called the 80/20 rule, because he found that in many countries 20 percent of the people held 80 percent of the wealth. The number cropped up again in a 1992 U.N. report on human development, which found that over 80 percent of global wealth was held in countries with the richest 20 percent of the world's population. More generally, the principle holds that 80 percent of the effects come from 20 percent of the causes. If you look at just the very top, the inequality gets even worse — just eight men own as much wealth as the poorest 50 percent of the world, according to a recent report. In some cases that makes them billions of times wealthier than those with the least. Should we also assume that these people are billions of times more talented? Intelligence and work ethic may vary, but not by that much. It's clear that there's something else at play. Luck, whether that's being born in a more developed country, taking advantage of family connections, or something as simple as your name or gender, is an important factor in success as well. https://www.youtube.com/watch?v=OO0GhTe9X6I

The researchers explored the intertwined influence luck and talent exert on our lives, and they published their work on the preprint server arXiv. In a computational model, they started with a population of individuals. Some were more talented than others, but they all started with the same amount of capital, and had the same odds of experiencing both lucky and unlucky events. While unlucky events affected everyone equally, individuals had to have a certain level of talent to take advantage of lucky events — providing a clear benefit to those with more skill. After running the simulation many times, they found that their simple economy had produced a clear Pareto distribution. Twenty percent of the people had 80 percent of the wealth. But the most skilled individuals weren't necessarily those at the top. Instead, it was the few who had experienced the greater number of lucky events. Luck, in other words, was an important factor in success. That's not to say talent was irrelevant — individuals in the model still needed some measure of skill to take advantage of lucky breaks. But talent only took them so far. The researchers apply their findings to the distribution of scientific grants, an area where it would seem that talent reigns supreme. But, instead of giving the majority of grant funding to successful researchers, they find that the most efficient strategy is one where funding is distributed evenly. Contrary to our intuition, they say, some scientific breakthroughs happen partly by accident — think penicillin, or the cosmic microwave background — and spreading funding out increases the odds that these fortunate coincidences happen. The world of scientific inquiry is obviously more complex than their simple model, however, and they stop well short of advocating for standardized grants for researchers. We should be careful, too, not to over-interpret the economic implications of their work as well. It's not evidence in favor of socialism, but, it is a reminder that the most successful people usually owe lady luck more than a bit of thanks. The researchers caution against what they call a "naive meritocracy" — the belief that there's a one-to-one correlation between success and skill. In the end, you really just need to be talented enough to take advantage of what luck comes your way.