Study: People Imagine God in Their Own Images 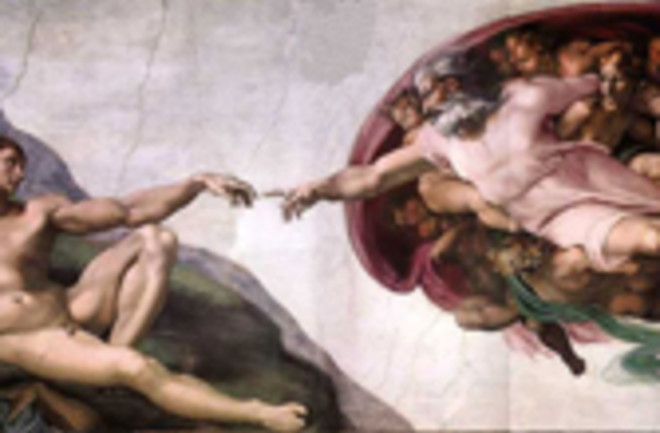 Perhaps unsurprisingly, people tend to project their own opinions onto God, according to a new study (in press) in the Proceedings of the National Academy of Sciences. But, the researchers say, they also found that when people tweak their own opinions, they tend to also change their idea of God's beliefs in order to keep the two in line.

The team conducted seven studies in the US, including four in which they surveyed people about their own beliefs on controversial issues such as abortion and the death penalty. Participants were also asked about what they thought God believed, as well as famous people like Bill Gates and President George Bush [Sydney Morning Herald]

. Scientists then asked the participants—all of whom believed in the Abrahamic God and most of whom were Christians—to do things that might change their minds, like writing an essay about the death penalty from the opposite viewpoint of their own. When participants changed their own opinions, their ideas of God's opinion changed too, though their opinions of what other people thought remained the same.

Finally, the team used fMRI to scan the brains of volunteers while they contemplated the beliefs of themselves, God or "average Americans." ... In the first two cases, similar parts of the brain were active. When asked to contemplate other Americans' beliefs, however, an area of the brain used for inferring other people's mental states was active. This implies that people map God's beliefs onto their own [New Scientist]

. Despite their results, and the fact that members of the same religion can reach opposite viewpoints on these polarizing issues, the researchers say that believers' ideas of God don't change overnight.

[Alexa] Delbosc, a Christian who carried out the research in the US while studying for a masters in psychology, said that although people's perceptions of God's attitudes on an issue could be ''nudged'' slightly, there would be limits to how radically people changed their views [Sydney Morning Herald]

. Related Content: 80beats: God on the Brain: Researchers Probe the Neural Circuitry Behind Religious Beliefs 80beats: Debates of Evolution and Creationism are Headed for the Islamic World DISCOVER: The God ExperimentsImage: Wiki Commons