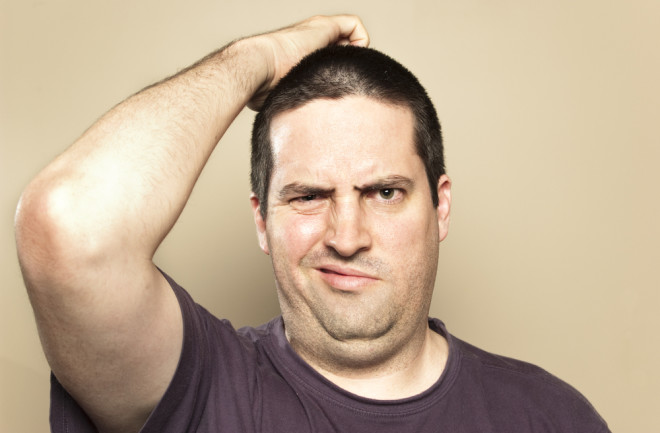 In a paper sure to please lazy stand-up comics and beleaguered husbands everywhere, scientists say that men do indeed have a hard time understanding women. Recent results show that men have a significantly harder time recognizing women’s emotions than they do men’s, and that men seem to use different parts of their brain when ascribing intentions and feelings to women versus men.

Previous experiments had suggested that men are naturally wired to be more intuitive toward other men’s mental states and emotions. Eager to figure out why and how this could be, the researchers studied the brains of 22 male participants as they received a version of a well-known empathy test called the “Reading the Mind in the Eyes Test.” (You can take a version of the test online here.) As the name suggests, the test consists of snapshots of pairs of eyes. Pairs of eyes were shown in succession to each participant, who had to determine either the gender or the emotional state of the person pictured. This all took place within an MRI machine, allowing the researchers to see which parts of the brain were active while participants made their determinations.

Participants were about equally good at guessing the gender of male and female eyes, but the men did significantly worse at recognizing the emotions of the female eyes. They correctly interpreted about 87 percent of men’s eyes but only about 76 percent of women’s eyes. Participants also took longer to judge women’s emotions—about 40 milliseconds longer on average. Thus, in effect, men can “read” other men’s eyes faster and better, the researchers report in PLOS ONE.

The MRI data also showed for the first time that this difference is linked to different areas of brain activity. Men inferring other men’s mental states showed much more activity in the right hippocampus and the anterior cingulate cortex than men reading women’s emotions. Those two brain areas are involved in the acquisition of emotional memories, and so it may be that men were drawing more strongly on their own remembered experiences when imagining others men’s emotions.

The authors speculate that, evolutionarily, it would have been most useful for men to quickly and accurately interpret other men’s facial expressions, since males were more heavily involved in violent activities like hunting and territorial battles. Of course, just because “men are less able to infer mental states expressed by women,” as the authors put it, doesn’t mean that men find women completely inscrutable. The results show noticeable, but still generally subtle, differences. Plenty of men have still been known to lead long and happy lives (mostly) understanding women.