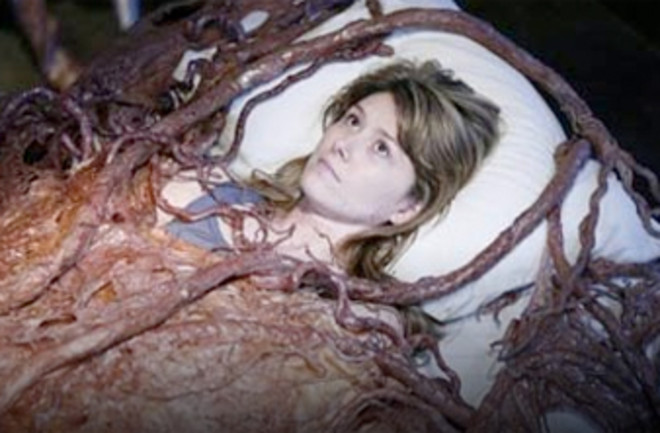 On the last episode of Stargate Atlantis, several of the characters were accidentally infected with an unusual pathogen: one that reprograms their bodies to begin the first stage of the process used to construct a Wraith starship. Wraith starships are biomechanical, that is they are made from organic, semi-alive materials rather than built out of metal, rubber and other more familiar materials. In fact Wraith ships aren't really built at all -- as the episode demonstrates, they're grown. In the real world, we're actually making progress on what could be the distant ancestor of this technology. At places like Brown University, MIT, and Berkeley researchers are working on synthetic biology: the goal is to reprogram the DNA of microbes so that they can be used to construct minature machines, or act as tiny computers to process information. (A special shout out to DISCOVER's 2006 Scientist of the Year, Jay Keasling.) There is even a contest -- The International Genetically Engineered Machine competition -- hosted by MIT. Teams of students use a library of standard "parts" (genetic sequences that perform specific fuctions) known as BioBricks to make their creations. Winners of this year's competition will be announced in November.