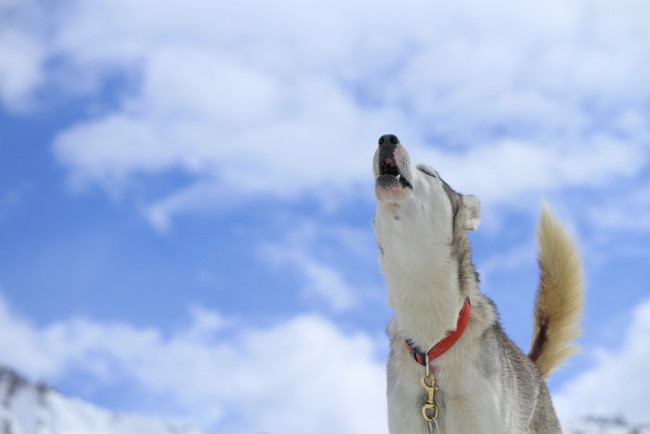 If you’ve ever cared for a dog, you’ve learned that it’s easy to guess whether your pet is excited, scared or happy, just from the sounds he or she makes. Instinct might tell us that we can guess the emotions behind human sounds in the same way; but surprisingly, no scientific study has actually compared the ways in which these two species' vocalizations convey emotion---until now. In October 2013, a team led by Tamás Faragó at Eötvös Loránd University in Budapest, Hungary set out to compare human emotional responses to nonverbal sound cues. They began by gathering 200 recordings of vocalizations---some from dogs; others from humans---whose length, tone and intensity seemed to convey a variety of emotional states. The team then recruited 39 volunteers, and played them the 200 nonverbal vocalizations in random order. Using a scale

originally developed by the psychologist James Russell, the participants rated each vocalization’s emotional tone along two axes: from positive to negative, and from calm to intense.

The results were clear: The majority of volunteers associated similar emotional states and intensities with similar sounds---regardless of whether those sounds came from a dog or a fellow human. The volunteers generally rated short sounds as more positive, longer sounds as sadder; deeper-pitched sounds as more aggressive, and higher-pitched sounds as more fearful or playful. Although these findings don’t demonstrate the intents of the dogs and humans who originally made the sounds, they do demonstrate that we humans assess emotional sounds using the same basic “rules,” no matter what the source of those sounds is.

On one hand, this makes good evolutionary sense: A danger call---or an aggressive snarl---can be an important cue, even if it comes from a member of another species. And at the same time, it may point toward complementary evolution: As the lives of dogs and humans have intertwined over the centuries, dogs may have developed increasingly human-like vocalizations, just as they evolved to act more friendly

toward humans, and to crave many of the foods in our diet. “Further comparative studies,” the researchers write, “may reveal the existence of a common mammalian basis for emotion communication.” In other words, these relationships between certain sounds and certain emotional states may lie far back in the evolutionary past that we share with many mammals. And that’s a connection that could run even deeper than the one you share with your favorite pets.