Frontotemporal dementia (FTD) is a tragic, but scientifically fascinating, disease. 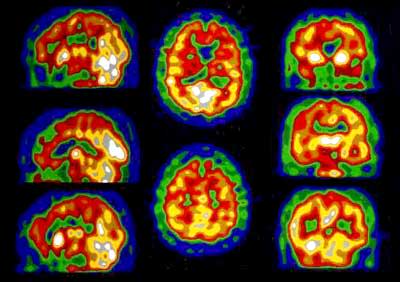 FTD only accounts for a small fraction of dementias in total (estimates range from 2% to 10%), but it typically strikes people aged in their 50s or 60s, i.e. much earlier than the average for Alzheimer’s disease, the most common cause of dementia. As a result, FTD accounts for a large proportion of early-onset cases.

The symptoms are different to those of Alzheimer’s, at least in the early stages. Memory problems and confusion are not prominent. Nor are hallucinations and delusions, which are seen in 20% of Alzheimer’s, but only 2% of FTD.

Instead, patients often present with language problems – either forgetting what words mean, starting with uncommon words and progressing to easy ones (“semantic dementia”), or losing the ability to articulate speech (“nonfluent aphasia”).

But the most disturbing effects are behavioural and personality changes. These are not seen in all cases, but in some people (the “behavioural variant“), they are the main symptom. Patients may begin to act entirely out of character, including criminal acts.

Mario F. Mendez discusses this in a new paper, The Unique Predisposition to Criminal Violations in Frontotemporal Dementia, and asks whether people who commit crimes while suffering from FTD should be considered legally responsible for their apparantly “sociopathic” actions. He presents 4 case histories.

Patient 1: A left-handed male in his sixties began stalking and attempting to molest children for the first time in his life. He followed children home from school and tried to touch them… On another occasion, he stood at the foot of a pool and stared at the children for a prolonged time.

When he exposed himself to his neighbor’s children, he was arrested. The patient did not deny his actions, could describe them in detail, and endorsed them as wrong and harmful. Despite this, he stated that he did not feel that he was causing harm at the time of his acts.

The patient’s personality had deteriorated over the prior four years, with decreased concern for others, disinhibition, and compulsive hoarding. He had caused disturbances at work, such as intruding into others’ conversations and walking into others’ offices… constantly pilfering… hiding money…. In addition, he ate indiscriminately, even going through waste containers and eating garbage. He stopped showering and wore the same clothes every day.

Neuropsychological testing and brain scans suggested early FTD, and his mother had reportedly suffered unspecified dementia; FTD is often genetic. He was not prosecuted. This case has a lot in common with the man who became a pedophile after surgery for a brain tumour: not just the pedophilia, but other symptoms like compulsive hoarding, over-eating, etc.

Mendez notes that legally, these patients would probably not qualify for the “insanity defence”. Under the British M’Naghten Rules, also adopted by the USA, the defendant is only eligible if they were

These patients do not fit that bill.

Finally, why does FTD cause sociopathic behaviour? Mendez says that it is because it involves degeneration of the vmPFC, linking FTD patients to the classic case of Phineas Gage whose vmPFC was destroyed by a flying iron rod. But Gage, while he did show personality changes, actually managed to function fairly well in society.

So temporal lobe degeneration probably also contributes to the FTD behavioural syndrome, especially since many of the symptoms (like compulsive eating) are seen in monkeys with temporal lobe lesions.