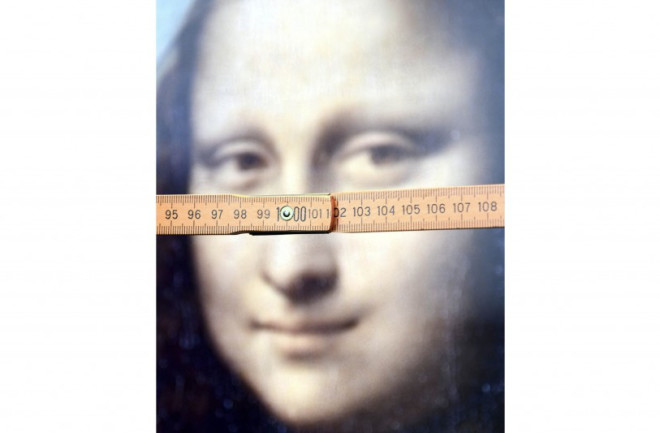 Ever feel like the eyes in a painting are following you? That creepy feeling of being watched by a picture is known as the “Mona Lisa effect” — but it might need a new moniker. Two researchers recently put Leonardo da Vinci’s famous portrait to the test and claim the lady’s gaze might not be so magical after all. For the study, Gernot Horstmann and Sebastian Loth of Bielefeld University had 24 volunteers sit in front of a monitor showing an image of the Mona Lisa. A folding ruler was placed at various angles from different sections of the portrait, and the volunteer’s job was to indicate where her gaze met the ruler. The researchers gathered nearly 2,000 measurements this way, and almost all of them said she is looking not straight on, but to the right of the viewer — a 15.4 degree average gaze angle, to be exact, as opposed to the zero degrees of a person looking straight at you.

“Thus, it is clear that the term “Mona Lisa Effect” is nothing but a misnomer,” Horstmann notes in a press release. “It illustrates the strong desire to be looked at and to be someone else’s centre of attention — to be relevant to someone, even if you don’t know the person at all.”

The study was published in January in the journal i-Perception.